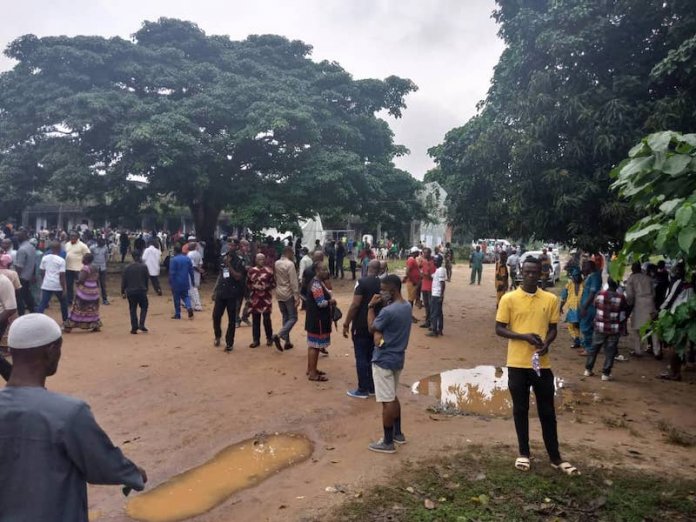 The Independent National Electoral Commission INEC has confirmed a shooting incident in Orhionmwon local government area of Edo state, saying it was working with the police and other security agencies to ensure the peaceful conduct of the ongoing governorship election.

Also, INEC said it was in receipt of images showing the alleged hijack of electoral materials in Ward 9, Unit 15 of Egor local government area, saying while it was working to salvage the situation. It said it may be forced to take decisive action against results generated from the affected unit.

The electoral body which condemned reports of vote-buying and selling also frowned at the violation of Covid-19 safety protocols especially with regards to the social distancing rule.

The commission added that in places where some Smart Card Readers malfunctioned, it had had to activate its backup system and had replaced all faulty card readers.

It added that the few ad hoc staff who could not get their stipends the previous day had now been settled and were at their work stations, conducting the elections.