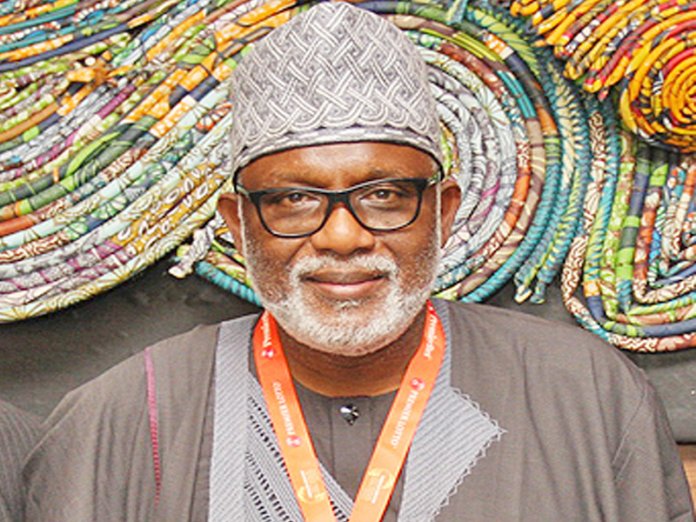 In 2017, when Mr. Rotimi Akeredolu, was elected Governor of Ondo State, the people of Arogbo heaved a huge sigh of relief. His emergence inspired so much hope in the minority Ijaw Arogbo Community òf Ese-Odo Local Government Area of the state. First, the people believed that Akeredolu, a former President òf the prestigious Nigeria Bar Association (NBA) was the the desperately required solution to years of mindless marginalisation of the minority Ijaws of Ondo State. The expectations were also anchored on the fact that as a lawyer, Akeredolu would most likely deal with compassion on the issue of the protection of minority rights in the predominantly Yoruba state. He was expected to respect the morality and compassion in the letters of justice, equity and fairness, which are the pillars of the legal profession.

This glimmer of hope was further strengthened by Akeredolu’s links to the Ijaw communities, who make up the Ese Odo Local Government Area. The people were wild with optimism that Akeredolu whose mother hails from the Ijaw Apoi community of Igbotu would treat them differently from previous administrations which excluded their areas from the developmental agenda of the state governments. For 44 years, they have existed outside of government priority. They are a suffering people.

However, after almost four years of hot imploring pleas and blistering expectations, the minority Ijaws have been left with lamentations and violated hopes. Akeredolu Government has completely abandoned the Ijaws òf Ondo State.
It is a statement of fact that Akeredolu excluded the Ijaws from all critical committees in Ondo State and stripped them of their sense of belonging in their own state. He ignored repeated entreaties from the disadvantaged minority to get his attention. To their chagrin, he appointed non-indigenes into such positions to their exclusion. When the lawmaker representing the Ese-Local Government Area in the House òf Assembly cried out against the worsening marginalisation of the Ijaws minority under Akeredolu’s watch, Akeredolu’s men threatened him with expulsion from the APC and suspension from the Assembly. The lawmaker was further punished when Akeredolu gave cars to Assembly members to his exclusion.

Between 2017 and 2020, Akeredolu has executed four budgetary figures of over N734 billion out of which N320 billion was expended on capital projects. At the heat of his preparation for the October 10, 2020 gubernatorial elections in the state, Gov Akeredolu presented what his government described as the Ondo State Government map of roads to the exclusion of the Arogbo Ijaws. It is the sad reality that after almost four years of his Administration, his supporters cannot point to any project as small as N50 million in the whole of the Arogbo Ijaw community. The only road road on display from Ese-Odo is the road linking Sabome, a community in Akeredolu’s maternal home to Ajagba, in Irele Local Government Area of the state.

Akeredolu’s neglect of the Arogbo Ijaws have become an albatross to his supporters ahead of the gubernatorial elections. His few die-hard supporters have scavenged unsuccessfully to point to at least a project initiated and executed by Akeredolu’s Government to their chagrin. They embrace the pitiable argument that we should reward a failed child with medals of honour.

When confronted by concerned members of the community, they are quick to hold unto a bizzare and incredible tale that Akeredolu entrusted the development of Arogbo Ijaws to his Deputy, Mr Agboola Ajayi who, according to him, ‘betrayed’ him. But Nigerians are knowledgeable enough to know that the deputy governor òf a state lacks the capacity to stop the developmental intentions of a governor. The same Ajayi could not stop Akeredolu from giving the leper’s treatment to Owi, Akeredolu’s own town. In my endangered community of oppressed people, Akeredolu is simply indefensible!

Ondo State has 18 Local Government Areas and Ese-Odo the only Ijaw Local Government Area happens to be one of the two oil producing councils in the state. Ordinarily, it should have attracted the attention under a compassionate leader but our sorry state tells it all.
In a glaring show of ethnicity and minority emasculation, Akeredolu is set to commission a N4.1 billion water project in the sister Ilaje Local Government Area. The Akeredolu Government signed a Memorandum òf Understanding with the Niger Delta Development Commission to build the N19.2 billion, 50 kilometres Araromi-Akodo/Ibegi-Lekki Road designed to connect Ondo with Lagos.

The incontrovertible fact here is that the Ilaje people, who have the longest coastal bridge running into billions of Naira are Yorubas while the Arogbo Ijaws are deliberately excluded from the developmental plan of the government.
This display of nepotism by Akeredolu at this age is shocking.
It is rather queer and sad that out of the two oil producing local government areas in Ondo State, the Ilaje (which is Yoruba) and Ese-Odo, (which is Ijaw,) only, the Ilaje are favoured with the appointment of the Chairman òf the Ondo State Oil Producing Areas Development Commission and the Commissioner representing Ondo State in the Niger Delta Development Commission.

Aware of this vicious nepotistic acts against the minority Ijaws, Akeredolu hurriedly sent a seven man temporary team of medics to the hospital at Arogbo to herald his visit to the community. (The hospital was upgraded by the former Bayelsa State, His Excellency Henry Seriake Dickson, in response to the disturbing incidents of avoidable deaths in Ijaw communities in Ondo State.) Temporary medical staff got to Arogbo on September 7, while Akeredolu visited the palace of the King on September 9. It is interesting to note that this is the first time in 44 years that a medical doctor employed by the Ondo State Government would ever set foot on an Arogbo Ijaw community of hundreds of thousand of people.

This piece is not a chronicle of the failures or otherwise of the Akeredolu Government. It is a passionate appeal to the Ondo State Government to treat us like citizens and not as a rejected community in the state. Ondo State Government which cannot build a bridge of one kilometre to link the headquarters of the Ijaw community, Arogbo, with the upland has built long Irele-Okitipupa bridge under Chief Olusegun Agagu, while Akeredolu is constructing a N19.2 kilometre bridge from Ilaje to Epe in Lagos. Today, I have to park my car in a nearby village called Agadagbaobon to take a canoe to Arogbo because of a deliberate policy to deprive my people of development. Did God put us under Ondo State map to be victims of such discriminatory and nepotistic oppression?
––Fidelis Soriwei, the Coordinator of the Arogbo Ijaw Patriots, wrote in from Abuja.