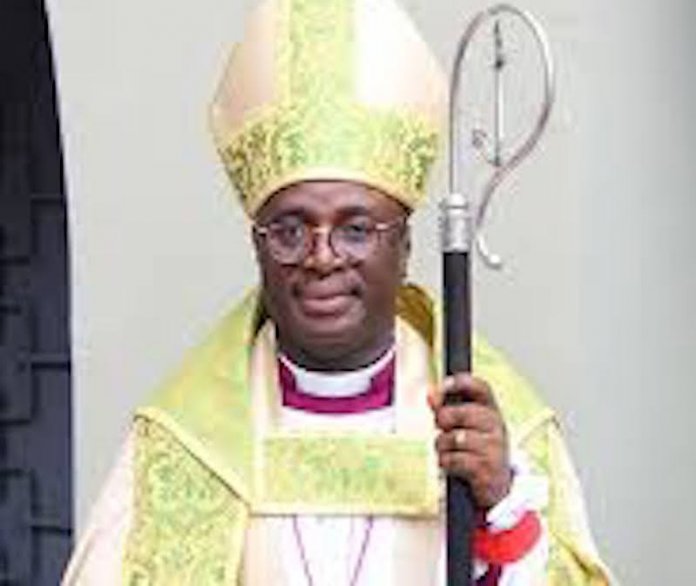 By Mary Nnah and Oluwabunmi Fache

The Diocesan, Anglican Diocese of Lagos, Rt. Rev. (Dr.) Humphrey Olumakaiye has expressed concern over the hike in the prices of fuel and electricity tariff by the federal government.

He said the recent fuel price hike and electricity tariff is a major concern as this has brought many, including youths, to the street, adding that this was not the promise made by the government at inception.

Speaking during the second session of the 34th Synod of the Anglican Diocese of Lagos tagged, “Pray, Serve and Grow”, held at Our Saviour’s Church Lagos, Olumakaiye who was also President of Synod, condemned the timing by government in hiking the prices of such essentials as fuel and electricity when citizens were still grappling with
the tolls brought about by the COVID-19 pandemic.

In his words: “It is disheartening that all these are coming up at a time when we are just trying to get over the hassles brought upon us as individuals and a nation by the much

dreaded COVID-19 disease. In the course of the pandemic, many lost their jobs; some lost their loved ones while many businesses went down and many investments yet to yield. Crime rate also increased in the country while some
even went as far as committing suicide when all hope was lost.

“At a time like this, putting manifestoes aside, the government should seek the comfort of all the citizens. Truth be told, fuel and electricity are essential palliatives that can go round without being short-changed. We should bear in mind that an increase in electricity tariff and fuel price will definitely tell on other commodities and the poor masses are always at the receiving end.”

He noted that the government should readily be available to alleviate the hardship of the poor masses and not add to it.

Speaking further the cleric said, “The poor masses should be able to find solace in the government now and not otherwise. Government should aim at reducing burdens now and not increasing them. It baffles one that a whole nation like ours is finding it hard to fix our refineries, when a single individual is building one, yet we keep wasting billions of naira on many other things; so much that it becomes easy for some people to pocket.

“It’s high time we made our refineries work and ensure transparency at all levels! We can do this if only we have the will to-do it. Our president should not be ill-advised on the things that most affect the welfare of the masses.”

Olumakaiye appealed to the government to take caution in their dealings with the masses, as the masses seek solace and comfort in them (government).

“As a Church of God, we appeal to the government to take caution as the masses seek solace and comfort in them. If there is anytime we need the government most to relief us of incessant hardship, it is now”, he noted.