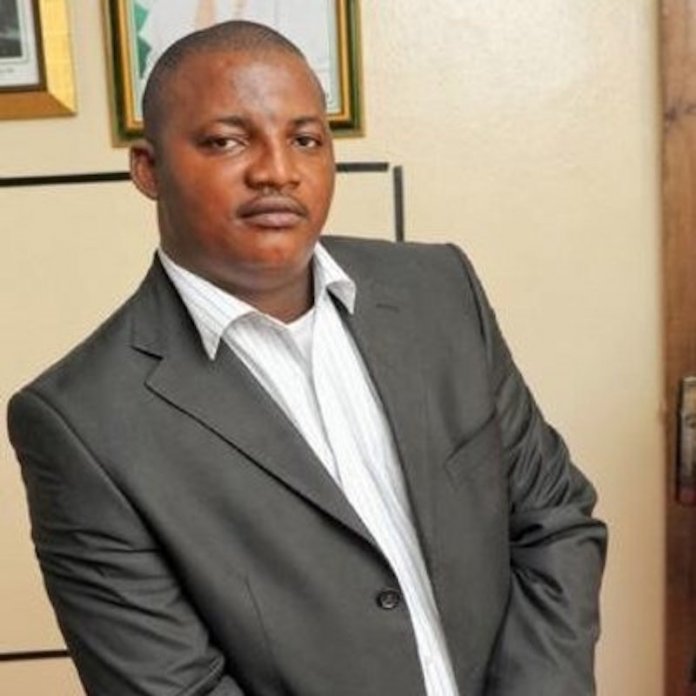 The excitement that greeted the recent appointment of a former Executive Secretary of the AAAN, Dr. Lekan Fadolapo, as the Registrar of APCON notwithstanding, the new helmsman is expected to hit the ground running immediately to resolve some pending industry crisis. Raheem Akingbolu reports

For the first time in the last six years, the Nigeria’s marketing communications landscape heaved a sigh of relief recently when one of them, Dr. Lekan Fadolapo, was appointed to serve as Registrar/Chief Executive Officer of the Advertising Practitioners Council of Nigeria (APCON).

Until his appointment, Fadolapo a registered advertising practitioner and fellow of the Institute of Chartered Accountants of Nigeria (ICAN), was the Executive Secretary of the Association of Advertising Agencies of Nigeria (AAAN).

Perhaps because of the years the industry had been in the limbo, following the seeming federal government’s apathy towards constitution of the APCON council and lack of substantive Registrar, Fadolapo’s appointment elicited jubilation among stakeholders, who all described it as a case of putting a round peg in a round hole.

But from THISDAY’s findings from various industry sources, Fadolapo honeymoon may not be long as stakeholders are expecting him to resolve some pending crisis immediately.

Leaders of various sectoral bodies, including AAAN’s Steve Babaeko, President, Outdoor Advertising Association of Nigeria (OAAN), Emmanuel Ajufo and President, the Experiential Marketers Association of Nigeria (EXMAN), Tade Adekunle, have called on the new CEO of APCON to move in immediately and see to the reconstitution of the APCON council as well as looking into the pending Advertising industry reform.

In an interview with THISDAY, Babaeko, who described Fadolapo as a perfect man for the job commended the Minister of Information, Lai Mohammed and his team, for the appointment.

He, however, tasked the new helmsman on pending industry issues that need urgent attention.

He said: “There is a lot of work on ground as far as the Marcom Industry is concerned, thankfully the new registrar is quite familiar with all the issues from regulatory to practice point of view. I expect quick round table conversations with the Heads of sectoral group with a view to ironing out a few of the existing crises.

“Also my expectation is that the old issue of APCON Chairman will be settled without further delay so that the APCON council can resume work and support the new Registrar to do his job optimally. Urgent issues like the implementation of the APCON reform is a front burner situation today than ever before and we hope we can have a council in place to accelerate the implementation process,”
After congratulating the new CEO, on behalf of the Executive, BOT and members of the Outdoor Advertising Association of Nigeria, OAAN President, Emmanuel Ajufo, decried the rudderless state of the advertising industry, citing the prolonged absence of APCON Council as the bane of the sub-sector
“I am sure that he would have been overwhelmed by congratulatory messages within and without the Industry by now. This is because we all believe that he is indeed fit and proper to occupy this very exalted position in our Industry.
“We are therefore very expectant of the good things that are sure to happen in our Industry. Prior to his appointment, he had been very active in Advertising circles. It is based on this that we expect him to hit the road running,” he stated.

While promising the new Registrar of his association’s support, Ajufo said he wanted Fadolapo to immediately look at two areas that would set the tone of what to expect from his stay at the helm of affairs in APCON.

“The first one is that I expect him to galvanise the industry into putting in place an APCON Governing Council that will help him deliver on our expectations. The second area of concern is to fully implement the APCON Corporate licence policy. Before now, he was the Chairman of the corporate licence committee. If he did so well when he was working as a Committee Chairman, I will expect him to do more, now that the bulk stops on his table,” he added.

Beyond the council and industry reforms EXMAN President, Tade Adekunle, said with Fadolapo’s wealth of experience, he was not in doubt that the new Registrar would consolidate on the initiatives of his predecessor, Mrs Iyoha and ensure that APCON is well positioned to better exercise its role in regulating marketing communications in Nigeria. He also appealed to the new registrar to quickly factor in the interest of members of EXMAN.

“I hope with the appointment of a Registrar /CEO, the government will now deem it fit to constitute the APCON Council in line with the provision of the law. This will speed up and empower the new Registrar to function appropriately as there are unresolved and pending issues that need council ratification.
“The Registrar needs the APCON Council to function very well and perform his role satisfactorily. For instance, EXMAN interest is not yet protected because of lack of APCON Council and some other key decisions too affecting the various sectoral bodies,”

Among other issues, the new APCON boss is expected to quickly wade in and resolve the cold war going on between members of the Outdoor Advertising Association of Nigeria (OAAN), on one hand and Media Independent Practitioners Association of Nigeria (MIPAN) and top multinational companies operating in Nigeria over poor payment plan. According to THISDAY findings, in the last few years, businesses of top players in the marketing communications industry and other vendors working for multinationals are on the decline following rising debt profile of media buying agencies and multinational companies.

Though the outdoor practitioners have been facing challenges in the last 15 years, especially in the area of frequent clashes with states regulatory bodies, the current challenge has to do with poor payment system on the part of multinationals and media buying agencies. A source at APCON, had recently revealed to THISDAY that outdoor practitioners and other vendors working for multinationals were being owed about 50 per cent of the industry’s N150billion annual billings. This is believed to be having adverse effect on the economy of the integrated marketing communications (IMC) industry and the small and medium-sized enterprises (SMEs), in Nigeria. Many business owners are also complaining that delay in payment is not making it possible for them to approach banks for business finance.

The source further disclosed that many companies, especially the multinationals flouts the rule of the business at will by deliberately delaying payment to their vendors beyond the agreed date. It was also alleged that what the companies push to the tables of Nigerian contractors could not be done in advanced markets.

The outdoor advertising sector is undeniably a key component of Nigeria’s creative economy but fraught with challenges. Research has shown that 60 per cent of the country’s total advertising market is domiciled in Lagos State. It is a sector that accounts for N58.9 billion turnover yearly and is responsible for over 100,000 people in its workforce contributing hugely to the revenue of the nation.

As such, the survival of the outdoor advertising sector is a matter that cannot be trifled with. Over the years, the industry has been bedeviled with a myriad of problems, some of which have become historical despite several interventions by stakeholders.

With a core adman, who is also familiar with Lagos outdoor advertising environment in charge, Fadolapo is expected to sustain mutual working relationship between OAAN members and the Lagos State Signage and Advertising Agency (LASAA). It is expected that the same intervention will also take place in other states of the federation where local regulatory agencies are having issues with outdoor practitioners.