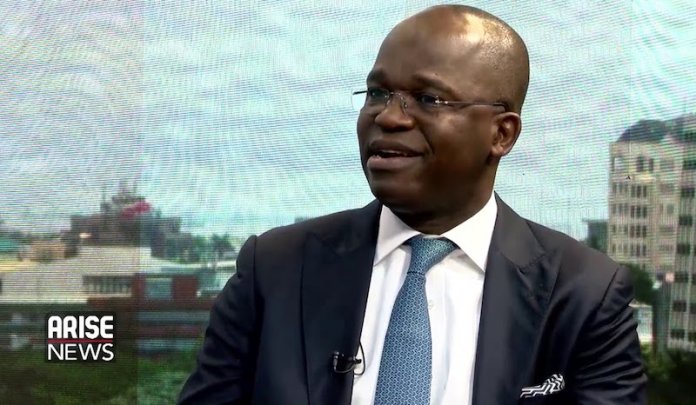 The All Progressives Congress (APC) candidate for the Lagos East senatorial by-election, Tokunbo Abiru has promised to offer quality representation at the Senate, if elected .

Abiru , a former Managing Director of Polaris Bank ,made the promise during the flag off of his campaign in Epe, Epe Division.

The candidate ,while addressing party members and residents, said he would serve the people with integrity and passion if elected .

He said he would make the welfare and empowerment of the people his priority and would work to ensure the completion of on-going projects in the senatorial district.

Abiru thanked party members for choosing him as the APC candidate ,saying he would work to justify the confidence reposed in him if elected .

“First of all, I want to thank you our party members for choosing me as your candidate .I am very grateful and I promise not to disappoint you if elected.

“I promise to give quality representation and serve the people of Lagos East senatorial district.

“I will make the welfare and empowerment of the people my top priority and work towards ensuring the completion of all ongoing projects in the senatorial district.

“As many of you already know, I worked for over 25 years in the banking sector where trust, discipline, service and innovation matter a lot.

“I will bring all of these to bear in the service of the people of the senatorial district”,he said.

Abiru said he had ascertained the bad state of Ikorodu-Epe Road and would work towards fixing of the road if elected .

He also promised to work with the relevant people and governments to ensure the completion of Ikorodu-Sagamu Express Road..

Abiru said he would work with other colleagues at the National Assembly to ensure Lagos was given a special status .

“I will be guided by the values of our great party if by the grace of God I am elected,” he said.

The APC Senatorial candidate said he felt greatly honoured by the warm welcome by party members and residents ,promising to respond to the needs of the area if elected.

He said the party had no doubt in Abiru’s ability to deliver democratic dividends to the people of the area if elected .

Olusanya charged the people of Epe to come out en masse on the election day to ensure victory for Abiru and the party.

Seriki urged party members to ensure the 35,000 votes recorded for APC in the 2019 senatorial election in Epe was doubled at the forthcoming election.

Wale Raji ,a member of the House of Representatives (APC- Epe) said Epe was faced with infrastructural challenges,youth unemployment and lack of industries .

He said Epe had always been for APC and urged the federal and state government to see to the development of the area.

Raji described Abiru as a competent hand, who would make the party and area proud if elected .

The monarchs including the Ayangburen of Ikorodu, Oba Kabiru Shotobi and Oloja of Epe, Oba Kabiru Animashaun took turns to pray for the success of Abiru at the polls.

Abiru described monarchs as custodians of culture and values, promising to always carry them along in the service of the people of Lagos East.