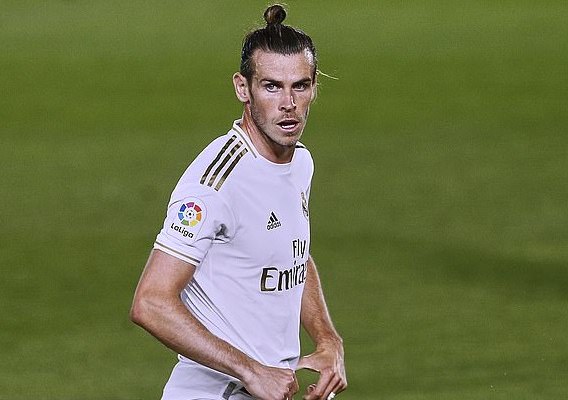 Gareth Bale is not looking to leave Real Madrid on loan as they explore ways of offloading their £85million signing.

Manchester United have an interest in the Wales international but not at the current figures being demanded by Madrid.

The 31-year-old is keen to move after being frozen out by Zinedine Zidane and saw the club scupper a transfer to Jiangsu Suning in China after asking for a fee once he had agreed wages of £1m a week.

Madrid have expressed a willingness to pay 50 per cent of Bale’s £600,000 a week salary to help pave a move away but with two years left on contract that is not straight forward.

Preferable to suitors would be for Madrid to reach a compromise over his contract and mutually agree to cancel it. They have yet to agree to that though as they assess all options of recouping what money they can in the current climate.

United retain an interest in the Welshman as well as Jack Grealish at Aston Villa while Ivan Perisic has been suggested on loan from Inter Milan.

Jadon Sancho remains a target and part of United’s long term plan but Borussia Dortmund are increasingly confident he will stay beyond this window.

Meanwhile, United have held discussions over a move for Real Madrid left-back Sergio Reguilon though a deal is regarded as ‘unlikely’ at this stage. Madrid have been looking for £27m and a buy-back clause for the 23-year-old but United will not agree to those terms. The club is open to adding another left-back as competition for Luke Shaw.