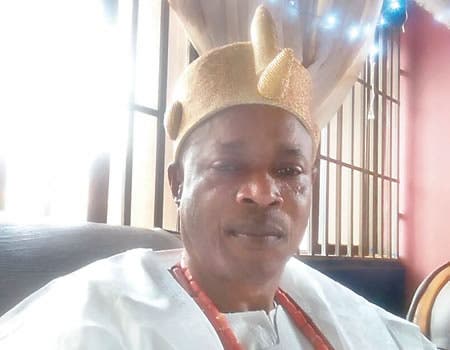 It was an interesting two-in-one event, last weekend, when the newly installed Onipokia of Ipokia in Ogun State, Oba Yisa Adeniyi Olaniyan, celebrated his 50th birthday and marked his coronation as the traditional ruler of the boisterous community.

Oba Olaniyan, while he lived in the United States, had piloted the popular Afro-Heritage Entertainment Awards, before he glided to the palace.

Expectedly, the urbane and graceful monarch, alongside his delectable queen, Olori Folasade, didn’t leave any stone unturned to make the event classy and glamorous.

Leading a retinue of dignitaries to the celebration venue in Ipokia town was the Alaafin of Oyo, His Imperial Majesty, Oba Lamidi Adeyemi; Paramount ruler of Yewaland and Olu of Ilaro, Oba Olugbenle Asade Agunloye IV, top government officials, traditional rulers and Nollywood actors, among others.

With smiles beaming all over his face, the pleasant and unassuming monarch, who was the first king to be installed by the Governor Dapo Abiodun administration, assured all and sundry that his reign would herald growth and development to the town.
Unanimously elected by all kingmakers in Ipokia kingdom, perhaps due to his exquisite poise, carriage, maturity and intelligence, Olaniyan, who is the 46th Onipokia of Ipokia Kingdom, is described as sociable, humorous and amiable.