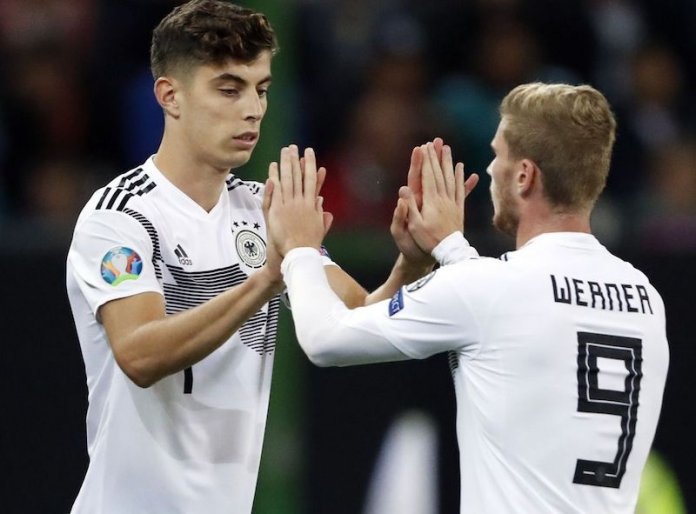 Frank Lampard’s new-look Chelsea begin the new Premier League campaign away at Brighton tomorrow, with Timo Werner and Kai Havertz set to start following big-money moves, though the game comes too soon for Hakim Ziyech, Ben Chilwell and Thiago Silva, who is yet to train with his new teammates.

Werner scored when these sides played out a friendly draw two weeks ago – part of a government trial event for the return of supporters – and will be keen to make his mark in the league.

Despite seeing their season extended by their participation in the FA Cup and Champions League, Chelsea have been afforded just two extra days of preparation time in comparison to some of their rivals.

The shorter turnaround has left Frank Lampard in a position where he is having to contend with a number of selection issues ahead of the showdown with the Seagulls.

Three of Chelsea’s new signings – Ben Chilwell, Hakim Ziyech and Thiago Silva – will all likely have to wait for their competitive debuts.

While Chilwell and Ziyech are carrying ankle and knee injuries respectively, Silva is only due to begin training in the days ahead of the match.

With Mateo Kovacic serving a suspension for his red card in the FA Cup final, Jorginho is expected to partner N’Golo Kante in midfield.

At a time when Christian Pulisic is only just closing in on a full recovery from a hamstring injury, Callum Hudson-Odoi could get the nod from the start.

Kai Havertz and Timo Werner should be handed their first starts, while Mason Mount is likely to be preferred to Ruben Loftus-Cheek.

As a result of Silva being provided with a bedding-in period on the training ground, Antonio Rudiger is competing with Andreas Christensen for a place alongside Kurt Zouma.

Like with Pulisic, Cesar Azpilicueta may be given more time to get over a hamstring injury, leading to Reece James being favoured at right-back.