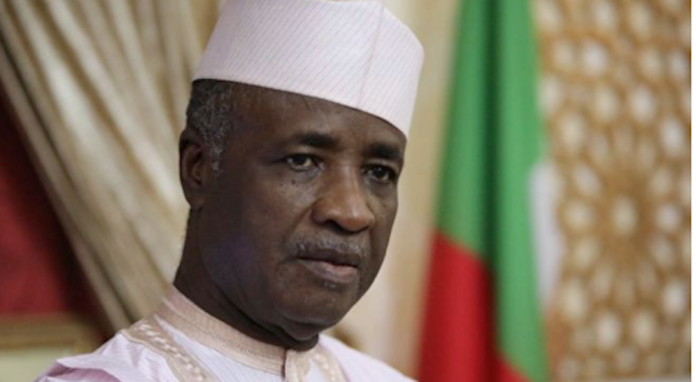 By Deji Elumoye in Abuja and Onuminya Innocent in Sokoto

Other dignitaries who attended the funeral prayer of the deceased were Magajin Garin Sokoto and Magajin Rafin Sokoto, Alhaji Hassan Danbaba and Alhaji Rilwanu Bello, respectively.

Others were the Members of the State House of Assembly, led by the House Leader, Alhaji Bello Isa Ambarura, serving , former members of the National Assembly,former Commissioners, former Permanent Secretaries and former Directors General , as well as former Chairmen of local governments.

The funeral prayer was also attended by the State former Head of Service , Alhaji Bature Shinkafi and the state APC Chairman, Alhaji Isa Sadiq Achida, who led other State and local Governments executives of the party.

Special prayers were also offered for the repose of the soul of the deceased.

The late Sadiya is survived by her parents, her husband, Tambari Yusuf Arkilla, a staff of Nigeria Ports Authority, Lagos,as well as a five year old daughter.

She had since been buried according to Islamic rites.

Meanwhile, Deputy President of the Senate, Senator Ovie Omo-Agege has commiserated with the former governor of Sokoto state, Senator Aliyu Wamakko, over the death of his daughter, Sadiya.

Omo-Agege in a condolence message to Wamakko on Friday expressed deep shock and grief over the death of the daughter of the Chairman of the Senate Committee on Defence at the Usmanu Danfodiyo University Teaching Hospital, Sokoto on Thursday following complications associated with childbirth.

He expressed sadness over the development and prayed for God Almighty to comfort his grieving colleague and grant him fortitude to bear the loss.

“I feel personally hurt. In this part of the world, infant and maternal mortality have cost us so dearly with many families bearing long-term psychological scars and we must all renew efforts towards further curbing the problem.

“I pray that Almighty Allah, Maker of heaven and earth and all that exist therein, grant our dear Senator Wammako and members of his family the fortitude to bear this irreparable loss”, Omo-Agege stated.