Sub-license is Bad for Business

I listened to you speak at a webinar on the new NBC Code and you spoke about how it affects sports. I would like you to share your views with our readers on what you think the code portends for exclusive broadcast rights, which the Code seeks to outlaw?

This particular article (9.0.1), has caused a bit of a stir. This is because it says that no company can sign up for complete exclusivity of content to be broadcast in Nigeria. The article says that the agreement must not restrict competition and must not prevent others from sub-licensing the same content.

I think the aim is to protect and grow the local broadcasting industry. Anyone who buys rights to any content is the owner of the rights. That is for certain. What the commission may be trying to achieve is a situation where anyone can sit on the rights of premium content, create artificial scarcity and jack up prices for access to it. The ripple effect is higher cost of advertisement, higher cost of consumption (for example, subscription costs).

The commission may be seeking a solution to the issue of only certain business and consumer segments having access to certain content.

My only worry is that we may need to differentiate how we handle premium content as against cheaper content and free to air content. Premium content costs more to purchase, market and transmit. There is a need for HD equipment, need to target top brands, premium salaries for support staff and local broadcast team. The NBC may need to allow a bit more freedom to those purchasing very expensive content. It’s a heavy investment and forcing them to sub-license at unrealistic prices is not good for business.

Does the prohibition of exclusivity not conflict with our copyright laws that protect broadcast signal and content?

It’s a very tricky situation and I cannot say for certain that it violates (or doesn’t) the copyright laws, to my understanding. The owner of the content still possesses the rights to the content. The NBC is taking a position where it is insisting that the owner of the rights must sub-license it to prevent unfair competition.

Even though the owner of the rights will be compensated, it limits the owner’s right to generate value with it as he/she so pleases. They are also providing the same content for competition, who can get it in smaller chunks for certain regions and offer lower advert rates.

There is a lot of ambiguity and a lot may still need to be done to ensure that even if unhealthy monopoly is prevented, the rights of content providers are not violated.

There is a provision in the Code that seeks to compel broadcasters airing foreign sport content to spend a percentage of what they spend on such on a local equivalent. Does this not infringe on their right to their resources and how practicable do you think this is, given that there may not be local equivalent?

What is the local equivalent? Again, this allows for a lot of ambiguity. Is it by type? Is it by federation? Article 6.2.1.0 does not properly define what category is and this leaves a lot of room for loopholes to be exploited.

Another problem is the amount of available content for sponsorship. We are decades into the time of the last Mobil track and field tournament. How can one get sponsorship for the IAAF Diamond league when there is no local content?

The organisation of these tournaments is the responsibility and right of the local federations like the Nigeria Football Federation, Athletics Federation of Nigeria, Nigerian Basketball Federation and so on. The sporting institutions need to get their acts together and provide the content that can be regular, frequent, and available for sponsorship.

Even at that, 30%? Who came up with that benchmark? What mileage can be obtained from spending so much on so little. You are literally making the advertiser spend a good deal of his advert spend, just to ensure he sponsors the foreign content. A lot of advertisers would rather not sponsor anything than put an extra 30% into what they do not want.

Realistically, The Nigeria Professional Football League (NPFL) and some basketball are really all the content available. What is our category equivalent of Formula 1? Is an advertiser going to pay 30% of the rights of every single league right purchased to the NPFL? We have only one league and we watch La Liga, Serie A, EPL, Ligue 1 and so on. Each set of rights is independent. It means that if you have EPL and La Liga rights, you will be paying more for the Nigerian league than for Ligue 1 or the Serie A which, honestly, are both more valuable properties. Much more!

Many industry stakeholders have called for wider consultation and an amendment to the amended code, so to speak, on the basis that there was insufficient consultation before the Code was finalised. What is your take on this?

NBC is supposed to be the regulator of the broadcasting industry, in which all its licensees operate. It is an agent of government and therefore is subject to the rules of the social contract that is the foundation for the creation of government.

This means that every stakeholder is entitled to a say in the laws governing the industry lest laws are harmful to that particular business, practice or industry are passed.

In all fairness, the NBC sends periodic communication to media houses and a lot of time, there is a lot of apathy and a lukewarm disposition to involvement in policy formulation.

There are also almost 500 media houses in the country and having a discussion under one roof would not allow for proper engagement. This leads to a situation where a lot of people feel they are not carried along.

The Code also seeks to set a time frame for payment for adverts after broadcast. This sounds good, but some view it as a desire by NBC to stray into relationships between broadcasters and advertisers. The argument is that a broadcaster is at liberty to determine how much room it wants to give to a client.

Yes, the broadcaster is at liberty to make certain concessions. But to ensure ethical business practices, with quality as the major index, I think it is important to ensure that media houses do not have to sacrifice quality on the altar of paltry patronage.

Currently, and in the absence of alternative agreements, the current practice is a case of media houses waiting for a minimum of 90 days from the termination of media campaigns, before they can expect payments. This greatly affects the cash flow of these organizations, which have wage, power generation and logistics costs that cannot wait for 90 days. What you then find are crippling debts, unpaid wages, epileptic service and a long line of creditors.

Article 7.9.1 (a), as seen in the amendments to the 6th edition of the broadcast code, halves this to 45 days maximum. Even more importantly, in the same article, it states the punitive measures that will be taken to encourage prompt payment. The agency will instruct all other licensees not to take jobs from the defaulter. To ensure that the other media houses take note and cannot be manipulated or to prevent divide and conquer, article 7.9.1 (b) & (c) give sanctions for erring media houses.

Knowing that there is a law, which at the very least keeps all stakeholders on their toes, is comforting and will, in turn, boost morale with respect to service delivery. Without this law, it would have been easy to engage in divide and conquer tactics through which media houses that do not complain enjoy continued patronage, while those who do, suffer reduction of media order placements.

With these amendments to the code, the NBC can play the role of agitator and arbitrator, protecting the interests of its license holders 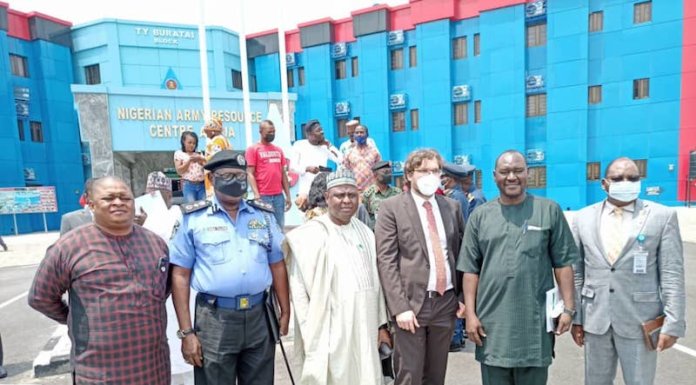