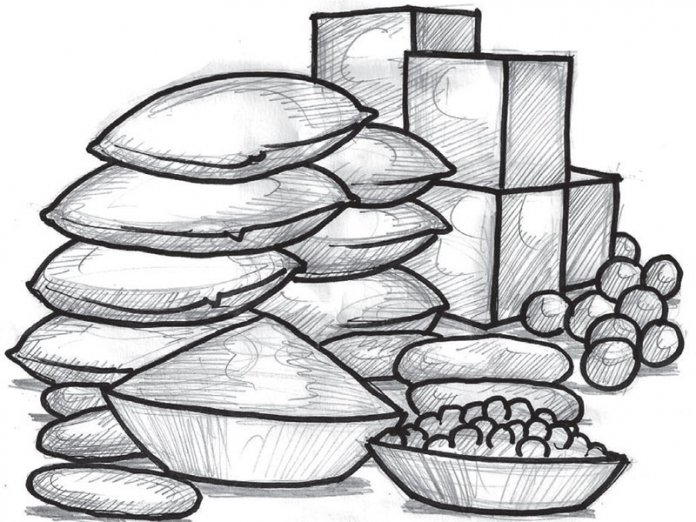 Following the outbreak of Covid-19 pandemic, a lot of countries had to shut down their borders and restricted movement to control the spread. One of the major concerns across the globe is the impact of the pandemic on food security, with the United Nations World Food Programme (UNWFP) warning that the number of people at the risk of hunger may double by the end of the year. The goal of Nigeria has always been to diversify by making agriculture the hub of its economic growth while also achieving a hunger-free country. But at the moment, not only are we far from meeting that objective, hunger is now a real prospect for many of our nationals.

Nothing can be more disturbing than the recent disclosure that the federal government has borrowed 5,000 metric tonnes of grains from the strategic reserves of the Economic Community of West Africa States (ECOWAS). No matter how officials dress up the issue, the implication is grim. “The Government of Federal Republic of Nigeria loaned 5,000MT of assorted grains from ECOWA S Stock which was agreed to be paid back on grain for grain basis”, said the Minister of State for Agriculture and Rural Development, Mustapha Baba Shehuri. “Modalities had been put in place to replace the ECOWAS Stock before the advent of Covid-19 Pandemic. That notwithstanding, I can assure you that the stock will be replaced in due course.”

Meanwhile, the consumer price index for food has increased all through the pandemic period. It rose from 14.9% in February to 15.18% in June 2020, showing an increase of about 0.28% within four months. Some of the states where food prices have gone up are located in major food-producing areas of the country. Sokoto is a major producer of beans, cowpea, groundnut, garlic, wheat, sugarcane, pepper, onions and tomatoes. Groundnut, sorghum, sesame seed, maize, potatoes, tomatoes, onions and pepper are produced extensively in Plateau State. Likewise, Gombe is well known for groundnut, ginger, cowpea, sesame seed, tomatoes and pepper. Plantain, oil palm and cassava are largely produced in Edo State. Kano has extensive production of rice, garlic, sorghum, cowpea, wheat, pepper, onions and tomatoes.

However, insecurity in many of the rural communities has made it practically difficult for farmers to continue to engage in agricultural production optimally, thus affecting productivity and causing market disruptions with attendant food price shocks. Therefore, a peaceful environment is a sine qua non for productive agricultural engagement, which results in food security. Food insecurity, on the other hand, mounts pressure on national security and invariably exacerbates national insecurity. Thus, sustainable food security under peaceful environment is an indispensable requisite to ensuring national security.

Available reports indicate that food price inflation is not likely to improve anytime soon if the predicaments facing parts of the country remain unresolved. This is a challenge when economic activity gradually picks up with the easing of lockdown restrictions. Nigeria is endowed with good arable land, weather and water supply and has the potential to be self-sufficient in food production. But even though farmers are becoming aware that much more can be achieved in agriculture through technology, most of them do not have access to new techniques. Modern tools of technology have to be massively introduced as hoes and cutlasses or depending on other nations cannot effectively feed the nation. There is an urgent need to adopt automated systems which the smallholder farmers can also use without breaking the bank. Many of our young people are already going in that direction. They only need to be encouraged and supported.