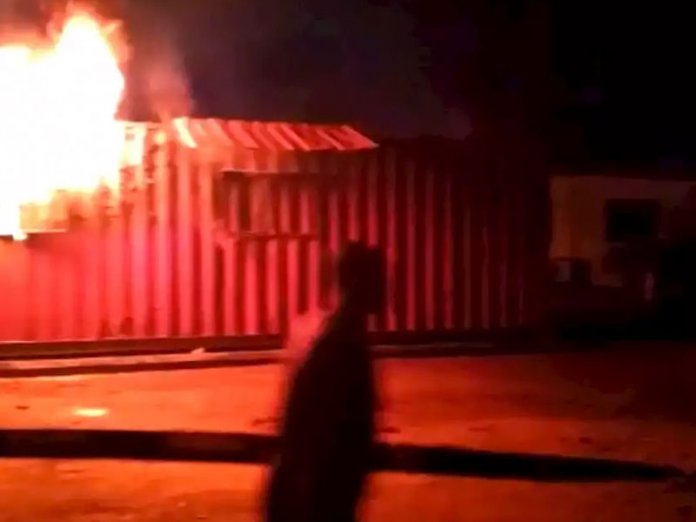 The fire was said to have destroyed no fewer than 5000 card reader machines.

This came barely one month to the governorshp election in the state , when the commission was already preparing for the smooth conduct of the poll.

The cause of the inferno was unknown as at the time of filing this report but it was gathered that the fire destroyed some items in a section of the office.

The news of the inferno attracted men of the state police command and other security agents and some INEC officials.

The area was immediately cordoned off as security men prevented human and vehicle movement around the premises.

The INEC Commissioner in charge of Information and Voters Education, Mr Festus Okoye, who spoke with journalists at the scene of the incident disclosed that the fire affected the ICT (Information and Communication Technology) section of the commission, saying over 5100 card readers had been burnt in the inferno.

He explained that about 1000 card readers delivered to the State INEC from Osun, including the over 4000 belonging to the INEC in the state were also burnt.

He said though the incident was a set back but “it will not affect the governorshp election.”

However no life was lost in the incident.