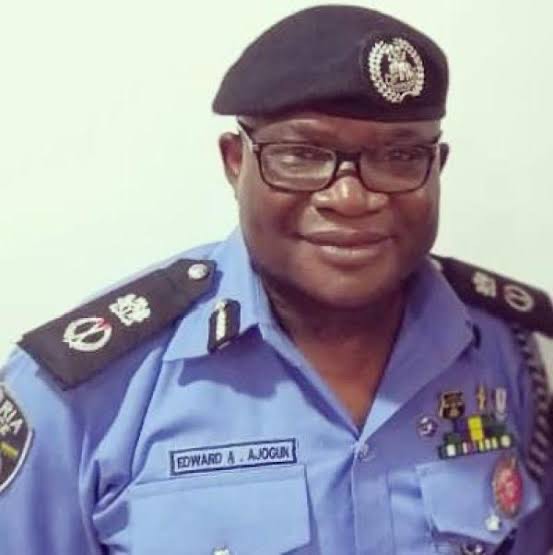 In a gun duel with operatives of Ogun State Police Command, a member of an armed robbery gang, was recently shot dead along Shagamu/Benin Expressway.

The DPO of Ijebu Ife area, CSP Raphael Ugbenyo, recounted that they received a distress call informing them about a certain gang of armed robbers in military camouflage, fully armed, who blocked the expressway and were dispossessing motorists of their valuables.

The police responded immediately by sending the Special Anti Robbery Squad (SARS) to the scene.

The robbers were said to have engaged the police in gun battle which lasted for about 30 minutes.

At the end of the encounter, one of hoodlums, dressed in army camouflage, was shot dead while others escaped into the nearby bush with various degrees of gun shot injuries.

The police recovered various arms from the scene and has deposited the corpse of the dead man in the mortuary, while effort is on to apprehend the fleeing members of the gang.

Meanwhile, the Commissioner of Police in Ogun State, CP Edward Awolowo Ajogun has directed the thorough combing of the entire area so as to bring the escaped members of the gang to justice.

The CP also appealed to the general public, especially hospitals, to alert the police if anyone with bullet injury is seen in their area.

He further reiterated his earlier warning against criminal activities in the state.

In another development, CP Ajogun has announced the grant of amnesty to cult members who are willing to denounce membership of their cult activities.

In his reaction to the recent arrest of Dare Ojugbele, an alleged notorious cultist at the Itawaya area of Ilaro in Ogun state, the CP assured safety for such persons once they lay off all nefarious cult activities.

Meanwhile, Ojugbele who is presently in police custody was arrested recently while in possession of locally made pistol, live cartridges and other ammunition, as well as charms.

The young man confessed that he is a member of the dreaded Eye cult group in the state.