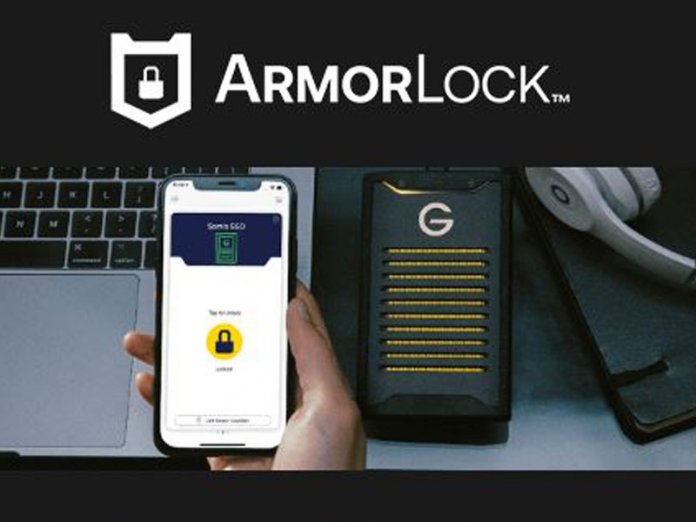 Underscoring its mission to enable the world solve its biggest data challenges by building a data infrastructure with next-gen security, Western Digital has introduced the ArmorLock Security Platform, a data encryption platform that rethinks how data security should be done.

The ArmorLock Security Platform was created to help with the diverse security demands of data-centric and content-critical storage use cases in industries like finance, government, healthcare, IT enterprise, legal, and media and entertainment.

As data security concerns continue to rise in visibility, Western Digital has said that it plans to apply the platform across a range of storage solutions.

The first product to leverage this advanced technology, the new G-Technology ArmorLock encrypted NVMe SSD is designed to deliver an easy-to-use, high-performance, high-grade security storage solution for creators in the media and entertainment industry.

He added that much of the industry’s focus has been on cloud security, data often remains vulnerable on the portable storage devices holding critical commercial content.

Unlike password-based encryption technologies that interrupt workflows and prevent fast availability to digital assets, the ArmorLock Security Platform is fashioned to deliver unmatched security that allows the content owner to control how data is accessed and by whom.

The ArmorLock encrypted NVMe SSD is described as a technology with simplicity, reliability and speed while protecting mission-critical content.

“For our customers, data and digital assets are their essential competitive advantage, and encryption has become mandatory in order to protect these resources in many industries,” Welsh highlighted.

He continued that they built the ArmorLock Security Platform with the belief that the world needs new, fundamental technologies to enable data privacy without hampering data availability while helping to protect against data breaches.

“By combining this new platform with our world-class NVMe SSD products, we are addressing the real pain points our customers face when trying to secure their creative workflows while also allowing them to capture, preserve and access their data at scale and at speed.”

Harping on their quest, the Technical Director, Mission Digital, Tom Mitchell said, “We have always gravitated toward G-Technology drives as they have used well-built components that have offered enhanced reliability and performance.

“With big studios and streaming services wanting to protect their assets, there has been a big move to using encrypted media, but in some cases, that comes with a performance hit.”

He assured tech users that ArmorLock fills those needs perfectly; providing a drive that is fast, rugged, water-resistant, reliable and encrypted! “It’s the drive the industry has been crying out for.”

Now, other features of the new ArmorLock platform are: it enables next-gen security simple, and demonstrates Western Digital’s commitment to providing data storage solutions that enable leading-edge, high-grade security products that everyone can easily use.

Mitchell hinted, “A comprehensive set of technologies covers the ArmorLock product life-cycle from manufacturing to out-of-the-box setup, in-field updates, and configuration and key management that ties directly into hardware-backed modules and biometric protection on some of the latest smartphone and desktop platforms.”

Designed to help improve how people manage critical data, the ArmorLock platform eliminates the tradeoff between fast access to data and privacy by delivering both at the same time.

Building on its legacy of contributions to open source with RISC-V and OpenTitan, Western Digital also announced the open source release of Sweet B, the high-performance core cryptography library that underlies the ArmorLock Security Platform.

Sweet B is designed to provide a new level of safety and assurance in open source elliptic curve cryptography and its GitHub repository includes documentation, a comprehensive test suite, and an independent third-party audit by the security research firm Trail of Bits.

Key features of the ArmorLock Security Platform include: manufacturing technologies that provision each device with a root of trust and digital certificate of product authenticity.

It also features communications over wireless and wired connections with zero-touch certificate-based provisioning; password-less authentication and key exchange technologies that directly link storage encryption to hardware-backed biometric authentication; zero-knowledge public key management that helps protect your privacy even if the ArmorLock device is lost or stolen.

It has high-grade security with pro-grade speed and NVMe technology; the ArmorLock encrypted NVMe SSD – delivering up to 1000MB/s read and write speeds via a SuperSpeed USB 10Gbps port – sets a new standard for high-speed encryption products by combining both ease-of-use and next-generation “zero knowledge” security.

With the ArmorLock app, users can unlock the device wirelessly with their phone, using face recognition, a fingerprint, or the phone’s passcode ensuring lost passwords don’t cause missed deadlines.

The SSD provides encryption without getting in the way of the workflow by enabling collaboration without the need to tape PINs to the drive.

The ArmorLock mobile and desktop apps also provide fleet managers the ability to configure and manage multiple drives and multiple users to control who has access.

It is said to be especially important for collaborative workflows that require safe shipping of content between physical locations, the next-gen security in ArmorLock devices enables teams to authorize remote users before sharing the drives using popular messaging and email services.

Other key features of the ArmorLock encrypted NVMe SSD and ArmorLock app include:
simple to setup and easy unlock with your smartphone via the ArmorLock app; high-grade 256-bit AES-XTS hardware encryption; secure erase and reformat to your favorite file system in one step; track the last known location of the drive on a map.

For pricing and availability, the firm says the ArmorLock encrypted NVMe SSD is available today in the Western Digital Store and from select e-tailers and retailers in the United States, Canada, United Kingdom, France and Germany.

The SSD is available in 2TB for MSRP $599 in the US. The ArmorLock app for iOS and macOS is available for free download: https://GetArmorLock.com/Apps.