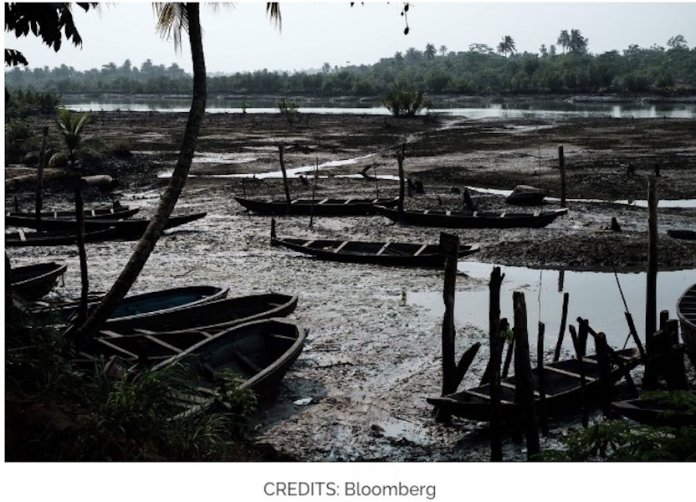 As concerns mount on the cleanup of Ogoniland in Rivers State, devastated by environmental pollution due to oil exploration and exploitation, opinion leaders and elders of the Ogoni ethnic nationality have called on the federal government to comprehensively overhaul and restructure the Hydrocarbon Remediation Project (HYPREP) in order to get the exercise on track.

Addressing a press conference in Port Harcourt Monday, the elders and opinion leaders, under the auspices of Gbo Kabaari Ogoni, asserted that the cleanup exercise has failed and called on the federal government to put an end to the current sophistry being orchestrated by HYPREP.

The Chairman of Gbo Kabaari Ogoni, Senator Bennett Birabi, who read the text that was jointly signed with the Secretary, Dr. Desmond Nbete, declared that though as Ogonis, the elders and opinion leaders were committed to supporting any genuine cleanup process to succeed, that could only happen when the right thing is done.

The group expressed regret that instead of addressing the core interests raised about the cleanup exercise, HYPREP “has instead continued in the unfortunate path of reinforcing failure and engaging in propaganda to cover up its failures at the expense of the health and lives of the hapless people of Ogoni”.

It noted that the United Nations Environment Programme (UNEP), in a recent report, pointed to the fundamental failure of the project by noting from an organisational point of view that “HYPREP is not designed, nor structured to implement a project as complex and sizeable as the Ogoniland cleanup”.

It added that the UNEP assessment of HYPREP scored the project in eight key areas out of 10, while scoring it five per cent in one area and 40 per cent in the other.

“Not only are we appalled by this scandalous scorecard and flamboyant failure, but are traumatised by the huge opportunity costs occasioned thereby,” the group said.

It added that Amnesty International, Environmental Rights Action/Friends of the Earth Europe, and Milieudefensie, in a joint report titled, ‘No Cleanup, No Justice’, highlighted the litany of failures in HYPREP.

It listed the failures to include limited scope of the cleanup, slow progress, flawed cleanup operations, poor monitoring of remediation activities by HYPREP, failure to set up Centre of Excellence as recommended in the UNEP report, and failure to implement the emergency measures, among others.

He said: “Unfortunately, rather than address these issues which we have raised repeatedly, and which other reputable organisations have corroborated, HYPREP has invested much of the time and resources at its disposal in radio and social media propaganda.

“Ogoni people need their land remediated, not the unending ‘radio remediation’. As elders, we will not compromise the health of our people, and the non-implementation of these emergency measures amount to deliberately undermining the health and well-being of Ogoni people, and indeed all residents of Ogoniland.”

Birabi however said the group notes with cautious optimism the recent comments by the Minister of Environment to review the performance challenges in HYPREP.

“The issues we have raised consistently are fundamental, and we hope that the Honourable Minister of Environment will take steps to address them.

“As a people, what we need is the cleanup of our environment, and not the unending propaganda and rhetoric by HYPREP. Our prayer is simple. The federal government should, as a matter of national urgency, put an end to the current sophistry epitomised by the failed cleanup efforts in Ogoniland.

“To this end, we call for the comprehensive overhaul, re-jigging and restructuring of the project across all levels of the current nested structure. This is the first step to getting the cleanup on track,” he insisted.