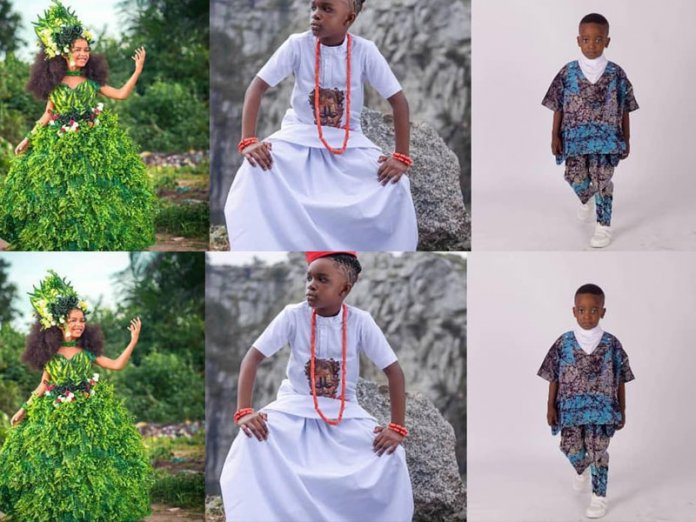 The second runner ups were Jayson Egbon and Oladeji Excel. This year’s edition themed the ‘SHOWCASE’’ gave African kids the platform to showcase the best of African fashion inspired by the rich and diverse African culture with traditional fabrics in a creative and stylish way as organised by Smart Code Africa.

The competition was held virtually, where contestants with the highest likes and engagement online became the African Kids Fashion Week (Showcase) winner.

In a statement made available to the press, the Creative Director of the event, Mr. Ajibola Akande, said that the African Kids Fashion Week is an event created to showcase the best of African fashion for kids.

“This years’ edition aims to build the attitude and develop personality for the young African to love and embrace African attires, ” he added.

Ajibola further explained the economic value of the project which is aimed at retaining the foreign exchange that goes out of Africa within Africa.

He said, “Billions of dollars goes out of Africa from the children fashion industry and one of the main objectives of the African Kids Fashion Week is to help retain those funds within Africa.

“When the children grow up wearing African fashion, they will definitely stick to it when they are of age. Imagine all the children in African are wearing African fashion, you cannot imagine how much that will contribute into the Africa economy in respect to IGR.”The event gave children between the ages of 4 to 12 years the opportunity to showcase the best of African Fashion Inspired by the rich and diverse culture in Africa.

The voting was filled with interesting activities as contestants scramble for votes from all over the world. Some Nigerian celebrities also joined in the competition by endorsing their chosen candidates to win the competition via the Instagram platform @africankidsfashionweek.

This year’s African Kids Fashion Week was powered by Smartcode Africa and was supported by Mobiwura Children Fragrance, Afrikayla, Wonder Child for Kids, Wealahkids, among other top kids’ designers.