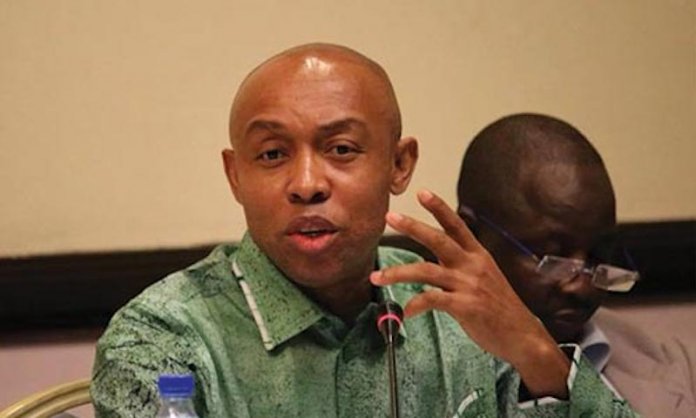 The running battle between lawyer and human rights campaigner, Prof. Chidi Odinkalu, and Kaduna State Governor, Mallam Nasir El-Rufai, took a new twist yesterday with Odinkalu issuing a 23-point response to the governor’s claims that he had not deployed state powers to fight his critics.

Odinkalu, in a rebuttal of a statement by the state Attorney-General and Commissioner for Justice, Ms. Aisha Dikko, listed victims of the governor’s alleged human rights abuses.

Dikko, in statement issued on Monday following the controversy generated by el-Rufai’s invitation to be a guest speaker at the Annual General Conference (AGC) of the Nigerian Bar Association (NBA) and the subsequent dis-invitation, had justified the prosecution of Odinkalu and others for alleged offences, including incitement and publishing false information about events in the state.
But Odinkalu in a series of tweets, listed other various instances where Kaduna State Government under el-Rufai’s watch, punished critics.

He said el-Rufai “has caused to be issued on his behalf, a tissue of untruths and falsehoods concerning his brutal persecution of his critics. To help his memory, here is a litany of #bodybags of critics who have suffered at his hands.”

Odinkalu listed the alleged victims of el-Rufai’s human rights abuses to include Barack Zebedee, a PhD student in Fisheries and Hydrology in Biology Department, Ahmadu Bello University, Zaria, who he said was arrested in May 2017 following comments he made on a WhatsApp group created to mobilise assistance for victims of Southern Kaduna massacre.

He also mentioned Gabriel Idibia, a journalist with The Union newspaper, who was taken to court for allegedly asking el-Rufai to declare his assets as demanded by law.
Odinkalu also mentioned Jacob Dickson, a journalist with Authentic News, who he said “was arrested, detained and charged with incitement in May 2016, after reporting that youths had pelted el-Rufai with objects.”

Others, according him, are “Luka Binniyat, Kaduna Bureau Chief of @Vanguardngrnews, when @elrufai ordered his arrest in February 2017 for a report under his by-line in the newspaper. Luka was detained for over 130 days without bail & el-Rufai instigated Vanguard to fire him.”
“Midat Joseph: Journalist with @LeadershipNGA, was arrested on orders of @el-rufai in April 2017 for a post in a WhatsApp group. Guest what the charges against him were? #Incitement,” he added.

Also on Odinkalu’s list of victims of el-Rufai’s alleged human rights abuse was Sunny Yayock, a freelance journalist, arrested, detained and charged to court for his comment on social media supporting a call for peaceful demonstration.
He said the victim slept for two days in police cell before he was taken to court and granted bail.
The list also has Adamu Abdullahi, a social media activist, who was arrested by the police in Kaduna for questioning, for reportedly retweeting a tweet about el-Rufai being pelted with objects.

Odinkalu mentioned Segun Oniboyo, a journalist with Radio Nigeria, who he said was arrested and charged on orders of el-Rufai on November 14, 2019, for alleged incitement in his social media posts, adding that the victim spent most of December 2019 detained before being released after 24 days.

He mentioned Samuel Ogundipe, a journalist with Premium Times who he claimed el-Rufai’s son, Bello, had threatened to arrest for reporting that Bello had threatened the mother of someone who criticised his father, the governor, with gang rape.
Also in the list was Dr. John Danfulani, a lecturer in Kaduna State University, who was suspended, arrested, detained and charged for incitement allegedly for criticising the governor in a Facebook post.

Danfulani, according to Odinkalu, was detained for many days before he was granted bail and later fired.
He mentioned amongst others, Nasiru Jagaba, a national youth leader of Southern Kaduna Peoples Union, who was arrested and faced prosecution for protesting against el-Rufai’s policies.