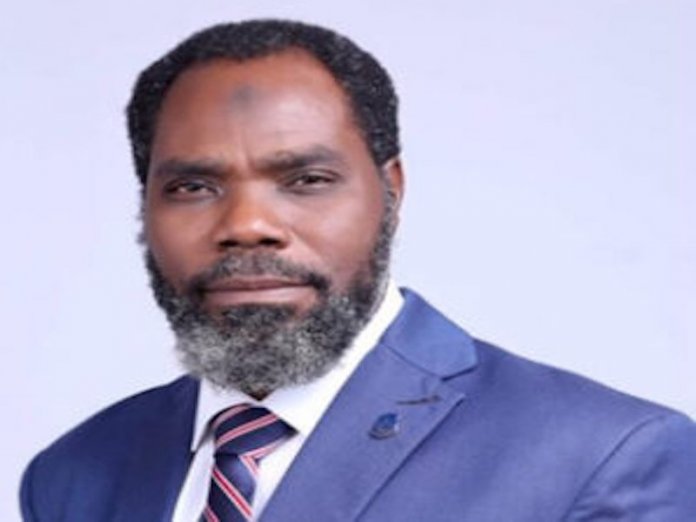 The Deputy Director, Lagos State Lands Bureau, Mr. Wale Ojikutu has said that Nigeria operates a defective Land Policy because of its communist approach in a capitalist economy.

According to Mr. Ojikutu, most people do not understand how land should be managed. “We all know that land is the foundation of all human activity, it is the basis of all our wealth- food production, shelter, etc. It means that this asset must deserve proper administration, otherwise, there will be problem, and there will be chaos everywhere.”

He said the bedrock of any land administration is the land policy and that “the land policy we have in Nigeria is defective. It is a communist approach in a capitalist economy. Therefore, we have a lot of problems. For example, on paper, the land belongs to the state and in the hearts of people, they own their land and that is why when government allocates land to an individual or corporate organisation, for them to take possession of the land, they need to settle the omoniles (those who claim ownership of the land).”

He said, “When you buy from omonile, for you to get title, you must approach government for regularisation. So, the nationalisation of land that we are talking about is not yielding fruit, rather we still have a kind of dual ownership>

Nigeria, he said, “We fail to recognise what we call the customary land right and that is causing a lot of problem, adding that another problem was that of cadastral and complete cadastral. That is gathering of spatial data. Less than 12 per cent of land in Nigeria is known to government- with title and in the Land Registry. In that case, where you have very few property title, it then means that you are having dead capital. The owners of such property can hardly make use of that property. It can only brew fraudulent transaction, because if you cannot conduct search on a parcel of land, then it means that whatever people tell you is what you abide by and at the end of the day you go into litigation.”

He said, “Not having enough land information system is a real problem to us managing land in Nigeria, I have noticed that many states rush into geographic information system (GIS), but that is not the step to take. The first thing is to do is to embark on LIS (land information system), where you have inventory of all your parcels (of land). You first of all parcelate all the land and then have a special data of all the land so that you can answer the question ‘who owns what and to what extent’, but we don’t have that. What we have now is a sporadic approach where on needing something from the bank, you go to your land, survey it and come to government for title. This is not the best way. For us to enjoy the benefit of good land governance/management, we must apply the systemic approach of titling land. All the parcels must be titled. There is absolutely no land in Nigeria that has no owner. Public land must be recognised as public land and individual land and everything must be put in a database.”

He said with this complete database, government can then apply GIS, which he described as a mere tool “to enable us interact, gather and arrange and retrieve all this information, but you must have the information first.”

According to Endsley, “property and land is about power. Those people who have power want to keep it and those people who do not have power, at some point, either give up or they protest. So, what we are trying to do is show the connections between property and power and the equitable distribution of that power so that everybody can benefit.”

He said people are discouraged from participating in the system, adding that all that should be done is “find the simple step we can take to encourage people to participate in the system. So, saying that is one thing, doing that is quite another,” adding that Nigeria needs the political will to do it as the Rwanda government did.

Welcoming participants to the maiden Property Score Card webinar, the President of the International Real Estate Federation, (FIABCI) Nigeria, Mr. Adeniji Adele said the score card focuses on six elements, but that they would focus on Property Rights. Specifically, they discussed ‘Land Use Rights and its Informality.’

He said there has been a challenge with analysing the nation’s property score card, pre and post COVID-19, but that it was expected that many countries should be able to leverage on the tool and help investors make profitable decisions.

The moderator, Mr. A. O. Bolu of Bolu, Tokun & Co., stated that the property scorecard was developed by the Centre for International Private Enterprise (CIPE) in collaboration with IT Global. “FIABCI Nigeria, in acting as an advocacy group, wants to sentisie all stakeholders to the conditions of the property market in Nigeria and to identify key areas for reform and the market risks.”

In his presentation, Mr. Sofowora observed that Property Rights had three segments- Legal Protection, Registries and Formal Ownership- stating that the legal framework in operation in the country “for property rights are codified into law and that is the Land Use Act.

Also, land administrative system varies from state to state because of their different land administration laws, he said. “The latest in Lagos is the Lagos State Land Registration Law of 2015, which appears to want to regulate land administration in the state by the introduction of the e-system in the Registry and with a few reforms at ensuring that corruption is removed completely or reduced to the barest minimum.”

Discussing ‘Land Use Right and its Informality, Mr. Ubosi stated that “there very few Nigerians who will say they do not own land and this is by virtue of the fact that our traditional and customary settings have made it in such a way that every family has large tracts of land in villages and in towns and these are passed from generation to generation by heritance and by other means. There are lot of ways that families acquire land.”

Ubosi said a lot of value is placed on land and that it was this reason that throws up dispute over its ownership, stating that individuals and states contest ownership of land and its boundaries. “Years ago we had an issue with Cameroon over Bakassi and eventually, Nigeria conceded that portion of our territory to them.”

Land in rural areas, he said is not governed by any documentation but that its ownership is not in doubt, as everyone knows the family that owns it.