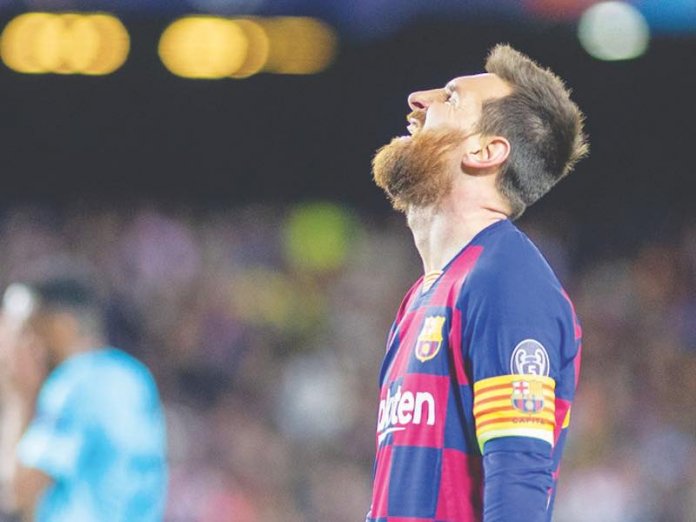 Lionel Messi will leave Barcelona this summer and is “likely” to move to Manchester City, according to presidential candidate Toni Freixa.

There had been speculation that the Argentine, who stunned the footballing world by handing in a transfer request at the club last week, might change his mind if current president Josip Maria Bartomeu quit his role, but according to one of the men gunning to take the position, that will not be the case.

Ballon d’Or winner, who believes he has a clause in his contract eligible to allow him to leave on a free transfer, despite La Liga ruling otherwise.

Man City face competition from Paris Saint-Germain and Inter for the superstar’s signature – the race for which is set to hot up in light of the Freixa’s words and the news that Messi did not show for training on Monday.

“As I have heard from several sides, the decision the player has come to is one that has matured over several years and is irrevocable. I don’t believe that there is any going back,” he told Goal.

Freixa explained that the 33-year-old’s desire to leave is driven by the fact that Barcelona have fallen from their pedestal as one of Europe’s leading sides.

Not only did they surrender their Primera Division title to Real Madrid in a limp fashion after the suspension of play due to coronavirus, but they embarrassed themselves on the Champions League stage as they suffered a humiliating 8-2 defeat to Bayern Munich.

himself to the players by freezing long-time team-mate Luis Suarez out of his plans.

“Messi is a player who strives for maximum success,” Freixa explained. “He alone cannot achieve maximum success, he needs a team for that. He does not have one. Since the treble in 2015, Champions League success is missing. That is what concerns him. His decision is due to the negative sporting development of the team in recent years.”

It is probable that Messi winds up reuniting with former Barca coach Guardiola in England.

“I think a move to Man City is likely,” Freixa said. “With Pep, Messi experienced his most brilliant years in Barcelona. It would only be logical if both of them worked together again. City, like almost all English clubs, also has the financial means to build a team that can win anything.”

He sees this crossroads, however, as an opportunity for Barcelona to move forward into a new era.

Roland Koeman, the new coach of Barcelona may push the financially struggling side to the brink of bankruptcy.

Apart from the club having to settle the yet-to-officially sacked former coach Quique Setién, they will also need to pay Uruguayan striker, Luis Suarez €14m to terminate his contract which has one more year to end.

Breaking contracts is not the best job in the world for a club struggling with financial difficulties.