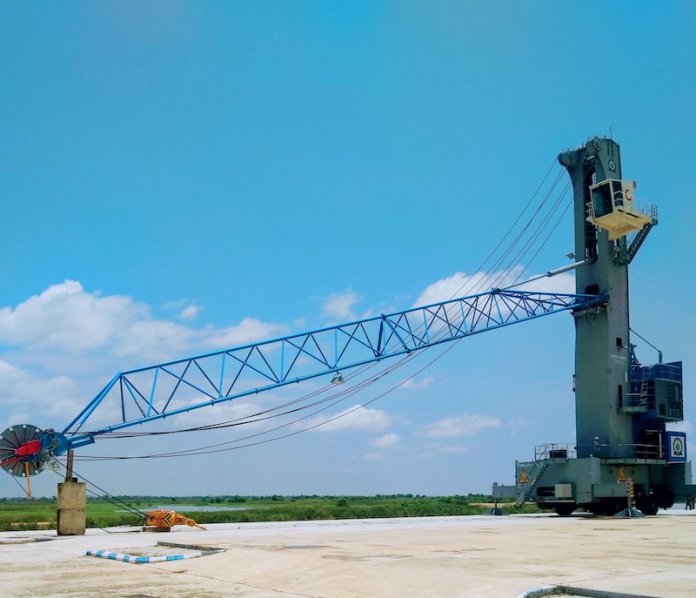 Located at the Agaie Local Government

Area of Niger State, Baro Port was the first inland port in the country, which catered for water transportation to and from Northern Nigeria. It is also the seaport where the first Governor-General of Nigeria, Sir Fredrick Lugard, disembarked prior to the amalgamation of the Southern and Northern Protectorates in 1914 after voyaging from the South. Several years later, a rail line was also attached to it.

In its hay days, it was a commercially viable port which enhanced trade relations between the North and the South, as well as the West. However,

the port has suffered from a steady decline caused by a dearth of operation since the late 1960s.

In 2019, President Muhammadu Buhari commissioned Baro Port to the delight of the community. That memorable ceremony fuelled the hopes and expectations of the people of Baro Town. But it has been over a year and seven months. With no cargo lifted, no vessel berthed, no work done to restore the port to functional status since the ceremony, it has become a major cause for concern to the people.

In retrospect, the fact that the president commissioned the port a few weeks to the 2019 general elections looks like a strategic electioneering move rather than a response to the cries of the people.

On August 15, 2020, a delegation of lawmakers from Niger South Senatorial District of Niger State, led by Senator Mohammed Bima Enagi, visited Baro Port for an inspection exercise. The lawmakers also engaged with the management of the port to understand their challenges and chart a way forward to facilitate its operation.

The lawmakers called on the federal government
to ensure the completion of Baro Port. They also advised that the federal government include the project on its list of projects funded through its
Sovereign Wealth Fund. Speaking at the press conference, Senator Enagi expressed the concerns of the Baro community.

“This project has been in the works for about two decades. It was designed in the 90s by PTF, contracts were awarded in 2009, re-awarded in 2013 and 2016, yet the aim has not been achieved.

“As Federal and State legislators and Council
Chairmen from Niger South, where Baro Port is located, we are pleading with the Federal Government to as a matter of urgency, see to the completion of every
component of this project, so that Baro port can become operational,” he said.

Also speaking, the Executive Chairman, Agaie Local Government Council, Niger State, Captain
Hassan Mohammed (Rtd), added that it was necessary for the federal government to get the port working again because of its economic benefits to the country, stating that, “the port serves the whole of Northern Nigeria as the only outlet to the Western world. Here we used to have very efficient economic activities; groundnut, cottons, hides and skins were all shipped from the far North through Baro to present day Delta State and to the western world. Today it is no more

He added that: “against the backdrop of the high rate of lack of job opportunities in the country, it is projected to bring about thousands of direct and indirect jobs.” He also attributed lack of political will and communication as the major factors
hindering the progress of the project, which he said, “may be due to economic

Before the inspection, the delegation paid a courtesy visit to the Emir of Agaie, Alhaji
Yusuf Nuhu, at his palace, to pay their respects. Lamenting on the sorry state of Baro Port, Alhaji Nuhu disclosed that in years past, during the times of the colonial masters, Baro Port was a busy port but now “a shadow of its old self.” The Emir also lauded the lawmakers for their efforts to ensure the restoration of the port to its glory day.

During a town hall meeting, which held
after the inspection of the port, the group commended President Buhari for his interest in the project considering its neglect by past governments barring the Yar-Adua administration which awarded over N5.8 billion to Chinese firm,
CGCC Project Limited in 2012 to deliver the port.

“We commend President Buhari for making this project dear to his heart. This project is so dear to our President, hence he saw to its design while he was the Chairman of the Petroleum Task Force (PTF) in the 90s. As President, he promptly awarded contracts for its modernisation and other of its components. We appeal to him to see that this project is completed before the end of his
tenure. By 2023 we should see this port very functional.”

The Baro Port situation can be termed a blind one. Reminiscent of a time when former President Goodluck Jonathan visited the THISDAY Newspapers office in Abuja
after the 2012 bomb blast. Before his arrival, security personnel had driven the traders and hawkers around the area and ordered people to pick items littering the road leading to the office. After this exercise which lasted a few minutes, what was left and what former President Goodluck Jontathan met was a clean and serene street like a deserted island. The neighbourhood had never looked that neat before.

Like Jonathan, President Buhari’s arrival to Baro Port on a helicopter deprived him of the true realities of the situation of Baro Port. Not that
it will be advisable for the President to visit Baro Port by road, which is a long stretch of undulating road in poor state, capable of assisting the delivery of a pregnant woman due for delivery commuting, from the incessant wobbling on the road. The four hour drive from Minna town paints the whole picture. Adding to the poor state of the road are several bridges; some made of entirely wood, some container bridges, a dangerous site to behold.

In reality, for the port to be fully functional, several infrastructures must be put in place. An opinion shared by the Port Manager, Baro Port, Engineer Bamidele Toluwase. “For the project to be successful, roads and rail lines have to be completed. Without these infrastructures, no meaningful operations would begin here,” he said.

This is not only apt but true, lack of accessible roads are stalling the port from operating. Accessible roads as well as rail lines need to be constructed to ensure a successful
commencement of operations at the port. Even if the port were to be completed before the roads are made accessible, the cost of transportation of goods will be high due to the poor state of the road leading to the port.

He disclosed that a 52km road construction was awarded six years ago but only 10km has been executed till date. He also recommended maintenance dredging of the Lower River Niger, construction or rehabilitation of the Lambata-Bida, Agaie-Katcha-Baro and Baro-Abaji roads (linking to the port), and reconstruction and modernisation of the Baro Port rail network for the port to become optimally operational.

It will be no mean feat to bring the project to a
reality, but when completed, the economic benefits of Baro Port are numerous. It served and can still serve as the bridge between the North and South in a commercial sense.

Baro Port has expansion potential in terms of tourism and hospitality. It houses relics

of the colonial masters and companies like the popular Royal Niger Company, the most popular been the Lord Lugard House. When the
port is fully operational, it won’t be surprising to see a plethora of hotels and hospitality outlets spring up in the area. If well exploited, it could

become a revenue generator for Niger State and the country as a whole.

Water transport business is another potential money spinner to be realised from the
Baro Port project. Ferry services, barge container services, inland mail services, the list is endless. Additional income can also be generated through
boat club/yacht club subscriptions, water games, cargo handling services, fisheries development and ship repair services. And who says the Baro community can’t have their own fishing or water sports festival? A festival will in turn attract
sponsorship and more attention to the state.

Commencement of operations at Baro Port will definitely improve security in the community. It
is sad that from Minna town to Baro Town there is a paucity of police check points, making
it an easy target for kidnappers and armed robbers.

With its array of economic benefits, it is puzzling to say the least that whatever the colonial masters saw that encouraged them to set up a port at Baro, we Nigerians cannot see.

It is axiomatic that the completion of Baro Port
will boost the Nigerian economy in more ways than one. But there have been several failed attempts by well meaning Nigerians in the past to get the attention of the federal government to
revive the port, which suggests that the Baro Port jinx is far from being broken.