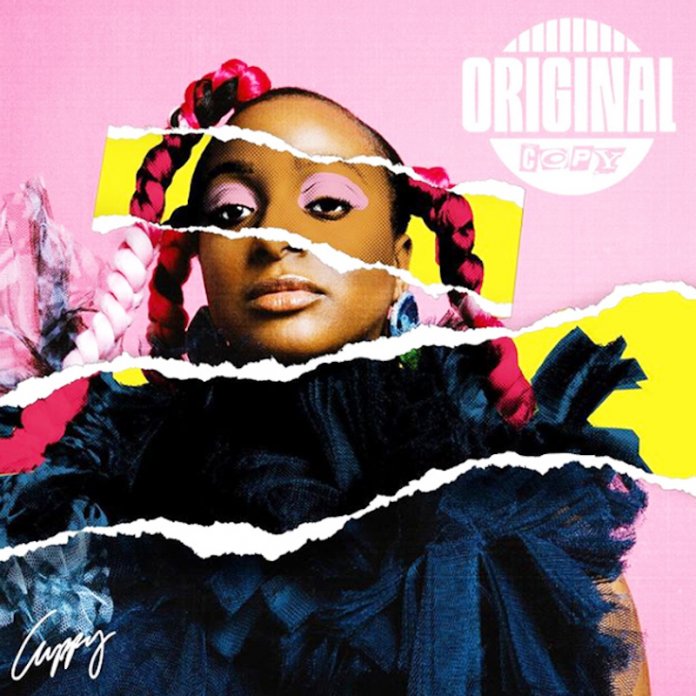 Finally… after many weeks to months of exciting tease, Nigeria’s finest female disc jockey, singer, producer, philanthropist, and Apple Music Radio host, Florence Otedola, better known as DJ Cuppy, released her debut album, “Original Copy”. The recording artiste had some days back unveiled the 12 tracks on the album ahead of her ‘Original Copy’ project, which has shocked the music industry. The positive reviews that followed the albun’s release have been unprecedented.

With a track list stacked with West African talents, some based at home and some over in the UK, DJ Cuppy’s debut album has been highly anticipated, for over a year now, by both fans and critics. ‘Original Copy’ features an array of collaborations and sees Cuppy tap into a sound she describes as “neo-Afrobeats”, with themes ranging from independence, to love lost and African pride with good impression to fans and lots of top features. The ‘Original Copy’ album features 14 artistes in all, among which is Nigerian music star, Rema and Tanzanian recording artiste, Rayvanny who were featured in the first single off the album. The ‘Jollof On The Jet’ lead single charted in over 15 countries, and the recently-released ‘Karma’ featured award-winning dancehall star Stonebwoy.

Other songs on the album have titles such as ‘Epe’ featuring Efya; ‘Labalaba’ featuring Seyi Shay; ‘Wale’ featuring Wyclef Jean; ‘Cold Heart Killer’, featuring Darkoo; ‘P.O.Y’ featuring YCEE & Ms Banks; Litty Lit with Teni; Feel Good with Fireboy DML and the title track ‘Original Copy’ as interlude. Beginning with a mission statement to rep roots, whilst creating globally appealing sounds, using a concoction of music influences, on the ‘Epe’, DJ Cuppy starts the album with a strong afro-house groove that reminds one of where the experienced DJ started.

Epe’, which emerges an intro, sets the bar incredibly high for the rest of the project. Further star-studded tracks include Grammy winner Wyclef Jean making an appearance on the feelgood ‘Wale’ and Bob Marley’s son, Julian, linking up with Nigerian favorite Sir Shina Peters on the cross-continental anthem ‘54’.

Creating this body of work was a journey for Cuppy: “I went back to my roots, where I am from (Epe in Lagos State) and mixed with the locals for inspiration. I visited my family’s farm and recorded lots of ambient and animal sound samples. If you listen very carefully, you can hear these in each track”.

Beaming about the arrival of her album, Cuppy adds: “I am so proud that the album is now out. For me it’s not about numbers and statistics and charts. It’s about the fact that I was able to focus and actually achieve my dream of having an album. So honestly, I’m already happy regardless of what happens. Nonetheless, I encourage everyone to join this journey and I hope they enjoy listening as much as I enjoyed making this album.” Cuppy, the Apple Music Radio host has quickly risen through the ranks to assume a supreme lead role as a global pan-African tastemaker.

With her loveable personality and undeniable hard work ethic, she has embarked on a number of projects, including her Cuppy Takes Africa Tour. ‘Original Copy’ body of work brings together some of Africa’s most star-studded artistes for a celebration of the continent’s ever-growing influence on the global music scene. Initially making a name for herself as an afro-house DJ, Cuppy’s first venture into music-making, over six years into her DJing career, came as an instant hit. With the Tekno assist on “Green Light” back in 2017, DJ Cuppy’s music debut was an inescapable bop, thus building her catalogue as an afro-pop curator with singles featuring artistes like Zlatan, Sarkodie and many more.