The recent establishment of diagnostic centres in Abia and Kano, and the commissioning of a state-of-the-art cancer centre in Lagos by the National Sovereign Investment Authority have opened another vista of hope for Nigeria’s ailing health sector as well as the country’s bid to end medical tourism, writes Martins Ifijeh

If there are two major areas of healthcare that have spurred Nigerians towards seeking medical tourism abroad, they are lack of good diagnostic centres and poor cancer management structures in the country.

For many, they would rather access diagnostic care where they are sure of appropriate and evidence-based results, as is the case with healthcare in developed nations, than seek diagnosis in Nigeria in many cases ailments are being misdiagnosed. This, no doubt has led to deaths of several Nigerians.

For example, late Serah Osabuohien died in 2018 of colon cancer, not because she didn’t approach health facility on time for diagnosis, but she was rather told she had ulcer instead of cancer; a result that delayed her from tackling the actual condition.

Also, with Nigeria once notorious for having only one functional cancer machine for its over 200 million population and over 2.1 million persons living with cancers in the country, it was no brainer that by default, people who could afford cancer care abroad never considered staying back for treatment when they were sure of getting better care abroad. These healthcare concerns cost Nigeria at least $1 billion annually in returns every year.

But the Nigeria Sovereign Investment Authority (NSIA) is changing the narrative by ensuring Nigerians no longer worry about misdiagnosis and the high rate of cancer deaths due to poor management.

Specifically, the NSIA which hopes to achieve its aim through a series of healthcare investments, has established two world-class diagnostic centres in Abia and Kano State respectively. It has also established a state-of-the-art NSIA/Lagos University Teaching Hospital (LUTH) Cancer Centre in Lagos to address the burden of cancer in the country.

Speaking during the inauguration of the NSIA/Umuahia Diagnostic Centre in Abia State recently, the Chief Executive Officer, NSIA, Uche Orji described the facility as a world-class diagnostic centre that can match the ones seen in developed nations.

Orji said: “Following years of project development, the NSIA-Umuahia Diagnostic Center was built in 18 months and at a cost of approximately $5.5 million. Once fully operational, this will be the largest and most modern diagnostic centre in the South-east and South-south region of the country.

“This project was executed as a Build-Operate-Transfer (BOT) through a Special Purpose Vehicle owned 90 per cent by the NSIA and 10 per cent by the Federal Medical Centre Umuahia (“FMCU”). After a 15-year period, the period over which we anticipate the NSIA will have recouped its investment, and full ownership of the SPV and its assets will revert to FMCU.”

He said Statpath, which is a joint-venture between Synlab, a global leader in pathology and Crestview, a tier-1 radiology company in Nigeria, will operate the centre and facilitate skills and knowledge transfer to the FMCU pathology and radiology teams, adding that with a public-private partnership structure, NSIA will ensure that the center was maintained to the highest standards, and that FMCU benefits both financially as well as through training of its staff.

He said: “Within its first year of its operations, the center is expected to serve as many as 70,000 clients and provide direct employment opportunities to about 47 people.”
He said the Centre was designed to serve the South-east and South-south regions of the country, adding that it was the third facility in NSIA’s expanding healthcare portfolio alongside the modern diagnostic facility also established in Kano, which is the NSIA Kano Diagnostic Centre (NKDC) and the NSIA LUTH Cancer Centre in Lagos.
The Abia State Governor, Okezie Ikpeazu described the investment as a timely intervention, especially as the world was still grappling with the COVID-19 pandemic.
He said: “Health is wealth which ultimately reminds us that a healthy nation is a wealthy nation. Policy position of successive governments at all tiers must prioritise healthcare. Investments must be made, and laws must support integrating in the underserved mostly from low income homesteads.
“As a city, Umuahia has existed for over 25 years and is recognised for many things especially its strength in industrialisation. But, with my administration’s efforts and the renewed attention from the federal government, we will also, going forward, be lauded as a centre for excellence in healthcare. Added to our broadened policy implementation in healthcare, we are pleased that the federal government through the NSIA is complementing our efforts by establishing a centre of healthcare excellence in Umuahia which I trust will be the first of many.

“I was pleased to learn of the establishment of a cancer centre in partnership with the Lagos University Teaching Hospital which the President commissioned in Lagos. Following the establishment of the cancer entre, the state was convinced that the decision to consider Umuahia for a diagnostic centre will serve not only the Southeast region but the South as a whole and complement the growing stock of healthcare infrastructure in other parts of the nation.”

He said the NSIA-Umuahia Diagnostic Centre was a full-service facility that will provide comprehensive radiology and laboratory services to ensure the highest quality of care for all Nigerians.

In her keynote address, the Minister of Finance, Mrs. Zainab Ahmed said “President Buhari’s administration is placing a focus on greater investment in the healthcare sector and working to ensure increased access to safe, high quality service for every Nigerian.”
She further highlighted the fact that “investment in healthcare is critical to a thriving economy as a healthy people are an enabler for productivity”.

In his remarks the Minister of State for Health, Senator Adeleke Mamora urged the Centre’s management team, “To take up the challenge of ensuring that the confidence reposed in them is earned by guaranteeing that the quality of service at the facility is never allowed to deteriorate
“As a medical doctor, I understand the challenges of operation with sub-par equipment. Government is stepping in to address this difficulty and therefore the team running the centre must justify the investment,” he said.

Speaking during the commissioning of the world-class facility in Kano, Minister Ahmed had said the investment was one of the practical measures taken by the federal government to check the rate Nigerians seek for medical tourism overseas.

She had said the President Muhammadu Buhari’s administration was committed to replicating the development of such a modern diagnostic centre in each of the six geo-political zones of the country.

She revealed that a special scheme had been floated by her ministry to enable less privileged Nigerians access services at the centre. She also commended the management of the NSIA for the timely completion of the project, noting that the Kano Centre would be serving all the states in the Northwest geopolitical zone of the country, as well as the neighbouring Niger Republic.

As part of efforts to spread its investment reach across healthcare areas, it also focused on addressing the burden of cancer in Nigeria that kills 21 Nigerians every hour. On specifics, it established the NSIA/LUTH Cancer Treatment Centre in Lagos, which was commissioned by President Buhari 2019 to avoid the poor narrative around cancer care in the country.

Buhari had during the commissioning referred to the centre as a world class facility that would mitigate the burden of cancer in Nigeria, as well as reduce medical tourism.

The centre, which houses three linear accelerators and brachytherapy machines and built on the tune of $11 million, has been dubbed the biggest cancer treatment centre in West Africa. It has the capacity to attend to 100 persons daily.
With these three investments by NSIA, there seems to be hope for Nigeria’s healthcare. 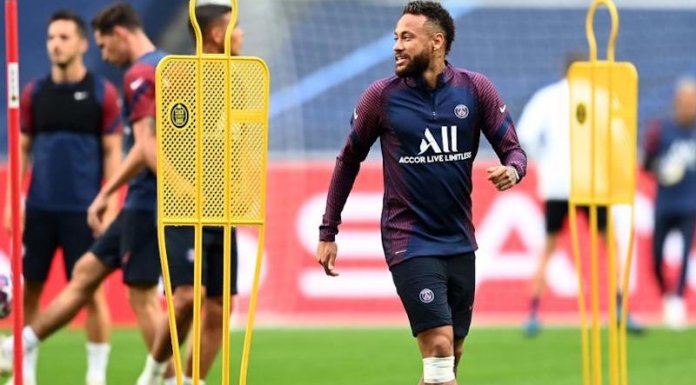