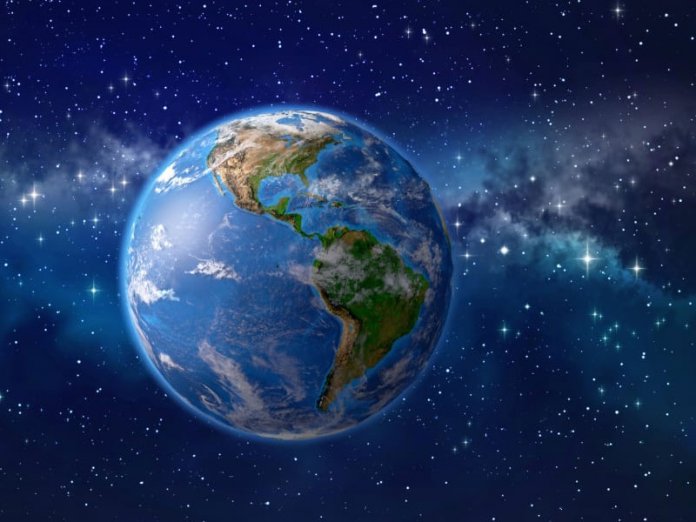 The very same thing that marks the end of the life of a star – black hole – can tell us how our existence began, Kofo Babalola writes.

From the very beginning of our existence, we humans have had dominion over all creation as it is biblically written in the book of Genesis chapter 1, ‘And God said, Let us make man in our image, after our likeness: and let them have dominion over the fish of the sea, and over the fowl of the air, and over the cattle, and over all the earth, and over every creeping thing that creepeth upon the earth.’ We have utilised this hierarchy we hold to make drastic changes to the world that we live in today.

This intelligence that has been placed in us has given us the ability to create many inventions and explore this planet Earth that we have inhabited for centuries.

However, space is still full of unknowns and discoveries that we are still yet to unravel. There is a lot of secrecy behind the stars that light up our night-time skies. It is the great complexity of how space works which acts as a barrier for our progression in answering the many questions we have, however, this hasn’t stopped certain individuals and organisations, like the National Aeronautics Space Agency (NASA), from making new plans to explore space.

In recent times, there have been plans put in place to find out whether there is life on Mars. NASA’s agenda to inhabit Mars in the form of a Perseverance Rover has highlighted the sense of urgency that we have to understand more about what lies deep in our skies. Historical discoveries have already given us the information that we make up a very small part of our universe as we are one of eight planets- Mercury, Venus, Mars, Jupiter, Saturn, Uranus, Neptune and Earth- that are moving in orbit around the Sun.

There is one more called Pluto, which like the rest rotates around the sun, but there is much debate on whether it should be categorized as a planet or a dwarf planet. The mystery of what happens in our universe when we are not looking, as there is a limit to what telescopes and satellites can find, has led us in an attempt to send human beings onboard space capsules.

Flashback to 1961, when Yuri Alekseyevich Gagarin was the first human being to travel into space. His safe arrival back to earth marked the beginning of us venturing into space.

The active nature of space as there is the constant movement has led us to question whether there is life beyond planet Earth. Questions like these give us a sense of urgency and drive to want to learn more about our surroundings and the world in which we live. In space exploration, Stephen Hawking, who was a pioneering figure in this field, performed a great deal of research into the existence of black holes.

He utilised the powerful tool of mathematics to unravel the mysteries that surrounded around black holes. It was fascinating to witness, through his findings, how mathematics could be used to prove that black holes in fact were not completely black as it emitted a certain type of radiation. This radiation was called the Hawking radiation as it was his greatest discovery which is still yet to be detected.

Many scientists and physicists like Hawking believe that black holes could in fact tell us about the origins of the universe. The very same thing that marks the end of the life of a star- black hole – can tell us how our existence began.
Mankind has discovered many things about the stars and galaxies that make up our universe with the help of the innovation of instrumentation like satellites and different types of telescopes. Monumental findings like the life cycle of a star have shown that the make-up of a star is in close relation to how life operates here on Earth. The same elements that are produced during the nuclear fusion process that takes place in stars, can be found in every living thing.

The star starts off as a ball of hydrogen gas and under high pressure and temperature the hydrogen atoms fuse to make helium which eventually sinks to the centre of the star and fuses to form carbon. Carbon acts as a vital building block in every living thing.

The nuclear fusion process carries on producing even more energy and materials as it produces heavier elements like neon, oxygen and iron. As the process of fusion eventually comes to an end when the fuel runs out, the force of gravity begins to take over. Gravity causes the star to collapse in on itself, causing a supernova eruption that will emit all these elements, that were produced during its lifetime, into its surroundings.

We are still yet to find out how these elements, which are thrown into space by the event of a supernova, actually end up in our bodies. Despite how distant this star is from the earth, there are correlations that are found between stars and life itself. This explosion of the star, creating shock waves, marks the end of the life of a star but the beginning of something new. A black hole is formed.

The formation of a black hole is one that can be depicted through the life of a large star. As the large star, twenty times the mass of the sun comes to the end of its life, the force of gravity causes it to shrink and fall in on itself, creating instability. An explosion takes place, obliterating the outer layers of the star, but the inner core falls down to form a single point.

This point is deemed to be the black hole which is a gravitational well as not even light can escape its pull. The mystery of what happens to the light after it falls on the black hole has caught the attention of many. Someone is yet to prove what happens to the light after it is sucked into the hole by the strong force of gravity as there is no evidence of it being destroyed.

This unanswered question could reveal a whole lot about space. Black holes play a fundamental role in the formation of galaxies and might even very well tell us how the universe may end. Unlocking mysteries like these could in fact help us solve the issues, like climate change, that our planet faces today.

However, it is the unpredictable nature and the fear of the unknown that acts as a barrier, inhibiting us from forging ahead to unravel the mysteries in space.

––Babalola is an Engineering student of the University College London