To assert that democracy in Africa remains a work-in-progress, surreptitiously mischaracterises a scenario, where much deeply rooted republics – the ideal – are being trumped by political-economic challenges epitomised by poverty, impunity and corruption after over half a century of independence and democratic experiment.

Quirky governance has accentuated disloyalty, disunity and insurgency against many of the continent’s nation states. The latest Mali coup suggests that democratisation in Africa remains more illusory than fundamental.

The emerging consensus unfortunately, is that rising incidences of extra-constitutional power grabs, militancy and insurgency against the state are not unconnected to bad leadership, democratically induced poverty and public sector corruption in African countries.

But whatever the case maybe, military coups are aberrations that receives zero support in the modern era. And this was why the UN, EU, AU ECOWAS and several other global bodies have quickly condemned the Mali coup in the strongest terms. And this puts the youthful Mali military junta leader, Colonel Assimi Goita, in a quandary.

On Tuesday morning, August 18, mutinous elements of the Malian Armed Forces led by Colonel Assimi Goita, leader of the National Committee for the Salvation of the People, overthrew President Ibrahim Boubacar Keïta and seized power.

President Keïta resigned around midnight same day, while also dissolving the government and parliament. “I want no blood to be spilled to keep me in power,” he was quoted as declaring. This is Mali’s second coup in less than 10 years, following the 2012 coup d’état.

The mutineers arrested Minister of Finance Abdoulaye Daffe, the Chief of Staff of the National Guard, and Moussa Timbiné, Speaker of the National Assembly. The Prime Minister, Boubou Cissé, appealed for dialogue with the mutineers, acknowledging they held “legitimate frustrations”.

Twenty-four hours later, the new military leaders had ordered closure of all border crossings and imposed a night-time curfew. “All air and land borders are closed until further notice.

A curfew is in place from 21:00 to 05:00 until further notice,” Col-Major Ismaël Wagué, Deputy Chief of Staff of the Malian Air Force, said in a televised address. He also invited opposition groups to talks for fresh elections.

Protests in Mali had been ongoing since June 5, with protesters calling for the resignation of President Keïta. Protesters were displeased with the management of the ongoing insurgency, alleged government corruption and a floundering economy. Eleven deaths and 124 injuries were reported during the protests.

The sacked Keïta had struggled to address concerns about corruption and the deadly violence associated with Islamic extremists and ethnic separatists and faced protests against his government for months.

The Colonel Goita-led junta, which overthrew the president accused him of stealing a parliamentary election in March by challenging the result and using the ensuing instability to install lawmakers from his own party.

Even as the Colonel Goita-led junta had promised to hold fresh elections, the putsch has left one of Sahelian Africa’s most strategic nations with a leadership void and the possibility that the turmoil could spread way beyond its borders.
According to Corinne Dufka, West Africa director at Human Rights Watch, “The military coup lays bare the insufficient progress Mali has made on addressing the problems, which have underscored decades of instability and blighted so many lives. All Malians should work to strengthen the crucial institutions on which stability and progress depend, and put justice for the worsening violence, including by the military, front and center.”

In the coup’s aftermath, several posers have popped up. How will it impact the G5 Sahel Joint Force, an armed counter-insurgency force made up of forces from Burkina Faso, Chad, Mali, Mauritania and Niger, which the EU has pledged to support?

The other G5 Sahel members are considering sanctions on Mali and have all closed their borders with the country in response to the coup. ECOWAS has also suspended financial flows between its 15 members and Mali.

Moussa Faki Mahamat, chairperson for the African Union, said mid last week that he “rejects any attempt at the unconstitutional change of government in Mali” and called on the “mutineers to cease all recourse to violence.”
In the coming weeks, what transpires will be key if Mali is to regain the confidence of its partners in both Africa and off shore. The new concern now is that failure to find a strong leader with popular appeal could have shattering consequences not only for stability in the country but for Africa and beyond.

On the home turf, President Muhammadu Buhari has condemned the coup and called it a major setback. In a social media broadcast, Buhari noted that, “The events in Mali are great setbacks for regional diplomacy, with grave consequence for the peace and security of West Africa. It is time for the unconstitutional authority in Mali to act responsibly and ensure restoration of constitutional order, peace and stability.”

A significant and possibly worrying feature of the Mali coup was the level of public support demonstrated in open street matches.

Cut to the bone, the coup in Mali sends a stern message to uppity African leaders that contrived impunity and bad leadership could provoke unforeseen backlashes and further rollback democracy.

editor - September 19, 2020 3:06 am
0
PENDULUM BY DELE MOMODU         dele.momodu@thisdaylive.com Fellow Nigerians, I’m aware that many of us have given up on President Muhammadu Buhari changing his...

editor - September 19, 2020 3:45 am
0
Ring true Email: yemi.adebowale@thisdaylive.com   08054699539 I woke last Tuesday morning with my pillow drenched in tears; tears for the unending killings and abductions in our country.... 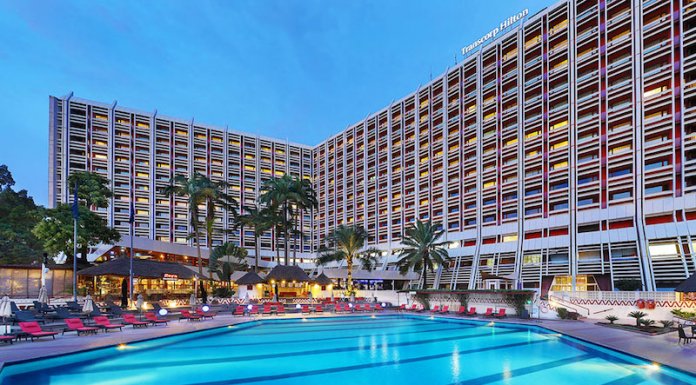 Moving Nigeria Away from Tipping Over