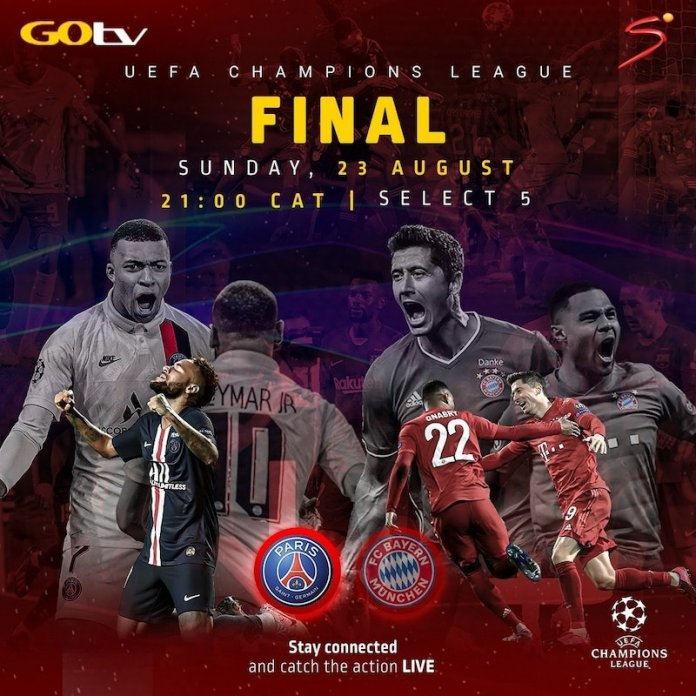 DStv and GOtv continue to deliver the best to football fans, including the conclusion of the 2020 UEFA Champions League this Sunday, now extended to DStv Compact + Confam and GOtv Max customers!

Football fans are in for what promises to be an epic showdown between French and German continental heavyweights, Paris Saint-Germain and Bayern Munich, this Sunday, from 7pm.

Leading up to the kick-off whistle, viewers can tune-in for the match build-up programming, including highlights of past games involving the two finalists.

Paris Saint-Germain has earned their place in the showpiece match with a comfortable 3-0 win over RB Leipzig on Tuesday and seek to complete a quadruple of trophies in the 2019-20 season (having also claimed Ligue 1, the Coupe de France and Coupe de la Ligue).

Bayern Munich have been the most impressive team in these latter stages of the UEFA Champions League and confirmed their place in the final with a 3-0 triumph over Olympique Lyon on Wednesday evening.

Sunday’s final could see Bayern break Barcelona’s scoring record in the Champions League having played seven less matches – what pundits are calling, the deadliest scoring parring in the UCL of Robert Lewandowski and Serge Gnabry.

The football action will continue for DStv and GOtv customers when the 2020/21 European League football season kicks off in September.