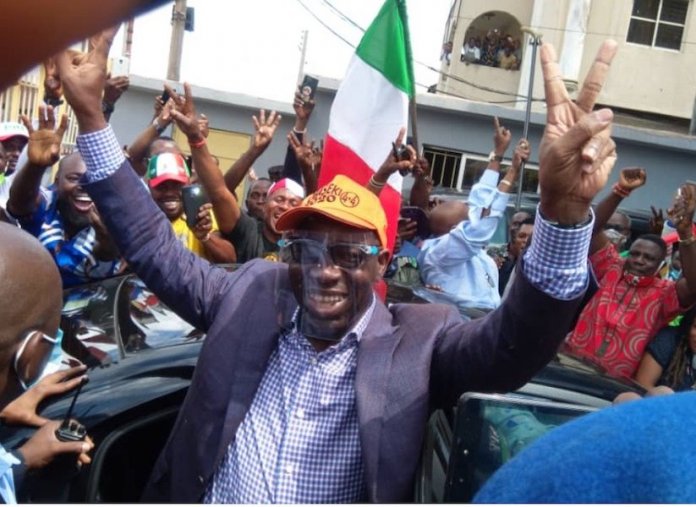 Convener of the pro-development group, Esan Agenda, Mr. Akhere Obozele, has welcomed the Edo State Governor and candidate of the Peoples Democratic Party (PDP) in the forthcoming gubernatorial election, to Edo Central Senatorial District, as he kicked-off his reelection campaign rally on Monday.

Obozele said: “We welcome our governor and candidate of the PDP to Esan land, where he will receive massive votes in the September 19 election. All Esan leaders have since reached a consensus that Obaseki is the right man for the job.

“He has a great vision for the state and we have seen that in his policy choices, educational programmes, empowerment and skills acquisition programmes as well as the big ticket investments, such as the modular refinery, the CCETC-Ossiomo power project and the Benin River Port project in Gelegele, amongst others.”

He explained that “in addition to his capabilities, Governor Obaseki treats every Edo man and woman the same way, without discriminating on the basis of tribe, religion or any other such retrogressive consideration. The governor believes in value addition and anybody that has value to bring to the table, will be given the chance to express himself.

“Furthermore, Esan people are confident that with Obaseki as governor, the region stands a better chance to produce a governor in the near future.”

Obozele urged his kinsmen and women to give the PDP candidate a colourful reception as he tours Esan land.

“As the governor takes his campaign rally to the various wards in Esan land, I call on our youths, women, opinion and thought leaders, our elders and grassroots politicians to come out en masse to receive this great Edo son, who has reordered governance and restored the social sanity we once enjoyed under the late Prof. Ambrose Alli and Dr. Samuel Ogbemudia,” the group urged.