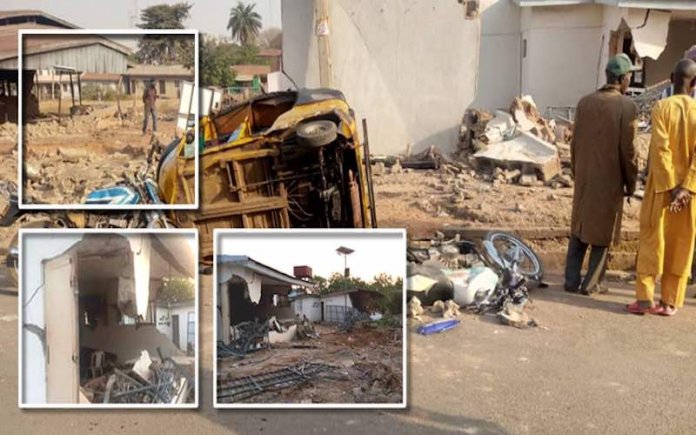 Asa Investments Limited belonging to the family of a former Senate Leader, the late Dr. Olusola Saraki is challenging the August 6, 2020 ruling of the state High Court at the Court of Appeal sitting in Ilorin.

The state High Court had in its ruling of August 6, 2020 lifted the interim order of injunction the court earlier imposed on the state government preventing it from further interfering with the three plots of land in the Ilorin GRA which housed the Ile Arugbo.

The company also filed the process for stay of execution of the order on the trial court, pursuant to Order 11 Rule (1) of the Kwara State High Court to prevent the implementation of the court ruling and the continuation of proceeding on the matter before it, pending the hearing and determination of the Appeal.

It will be recalled the lower court presided over by Justice Abiodun Adebara based its ruling of August 6, 2020 on the absence in court of the senior counsel representing Asa Investments, Mr. Akin Onigbinde (SAN), an action the judge described as attempt to delay the case.

The appeal also challenged the award of the cost of N250, 000 against the appellants, a decision, which they said was made in error since they were in court and their senior counsel who was absent had a valid ground and adequate reason to be so absent.

Asa Investment in its fourth ground of appeal argued that Justice Adebara made his decisions in error when he failed to consider that the parties to the case before him have not completed their pleadings by virtue of Order 27 of the Kwara State (Civil Procedures) Rules 2005, thereby breaching the right to fair hearing of the appellants in the August 6, 2020 ruling.

In its application for stay of execution, Asa Investments is seeking an order for stay of execution of the August 6, 2020 ruling of the High Court, stay of further proceedings of the matter before the high court and an order “restraining the Respondents by themselves or through their servants, agents, privies or otherwise howsoever described from taking any step or further step in recognition or in pursuance of the Ruling of this Honourable Court delivered on the 6th day of August, 2020, in Suit No: KWS/463/2019 pending the hearing and determination of the appeal lodged by the applicant against the said Ruling at the Court of Appeal, Ilorin Judicial Division”.

Now, apart from the Saraki family which has been pursuing the case on behalf of Asa Investments Limited, one of the original directors of the company who is still alive, Alhaji Sanusi Baba-Eleku has joined as a party to the case.