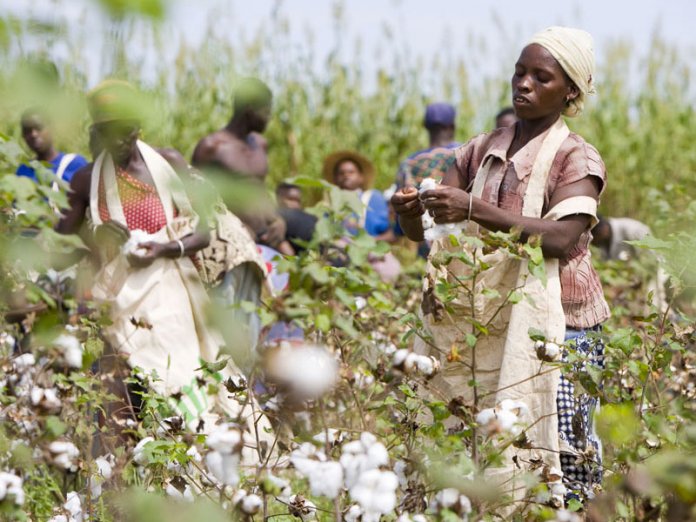 Through the ongoing NIRSAL Agro Geo-Cooperative (AGC) formation exercise, the farmers were said to have structured into a group named the Maize Dealers and Marketers Association of Nigeria (MDMAN) Farmers AGC and linked with financing under the Central Bank of Nigeria (CBN) Anchor Borrowers’ Programme (ABP).

“NIRSAL’s AGCs present viable, safe and controlled investment environments for investor funds, while also equipping smallholder farmers with incentives to produce and sell more through comprehensive farm mechanisation and the crowding of other value givers and takers in one project.

“After the tedious operations of mapping and delineating individual farmer plots, the now structured farmers were supplied with 59.74 metric tons of certified maize seeds and 896 metric tons of fertilizer. In addition, the farmers were also supplied with 23,896 litres of crop protection products with one knapsack sprayer per hectare for their application,” the organisation stated in a statement yesterday.

It added that in the North-east region alone, a total of 19,943 farmers belonging to 70 AGCs, cultivating rice, maize and soybean on 29,919 hectares of farmland spanning Borno, Adamawa, Taraba and Gombe States have got access to 748 metric tons of improved seed varieties, 8,974 metric tons of fertilizer and 239,352 litres of crop protection chemicals in addition to mechanisation services.

The development, according to the company, will undoubtedly contribute to recovery efforts in response to the double socio-economic impact of COVID-19 and insecurity in the region. This fact was echoed at a launch event at the Emir of Biu’s Palace, Borno State, where NIRSAL Plc Managing Director/CEO, Aliyu Abdulhameed, explained the rationale behind choosing the state for the event.

The statement added: “We could have gone to any one of the 29 states across the country where we are supporting farmers to have this event; however, we chose Borno State to help increase the confidence level of the citizens as they attempt to resettle themselves into their communities and leverage on agriculture to improve their livelihoods.

“While the mechanics for conflict resolution and military activities are not our forte, we must, as a matter of national necessity, follow national efforts for peace with viable economic pathways that will gainfully engage citizens, and make our hard-fought peace sustainable. This is why we tirelessly work to innovate and deploy models such as the NIRSAL Agro Geo-Cooperative.”

Also speaking at the event, the President of MDMAN Farmers AGC, Mohammed Dilli, thanked the federal government, CBN and NIRSAL Plc for providing input, which according to him, “are crucial for the production of agricultural commodities.”