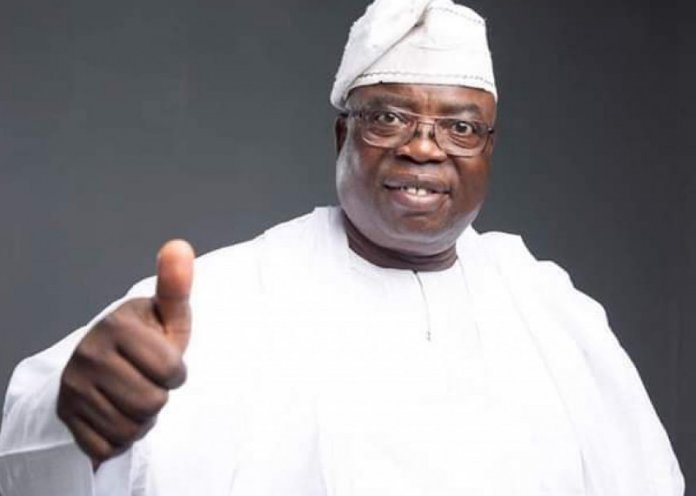 The National Leader of All Progressives Congress (APC), Asiwaju Bola Ahmed Tinubu and Lagos State Governor, Mr. Babajide Sanwo-Olu yesterday the death of an APC chieftain, Chief Lanre Rasaq was a big loss to the state.

Wile Tinubu described Rasaq as a defender of the progressive cause, Sanwo-Olu claimed that the deceased was a great support of his development agenda for the state.

In separate condolence messages yesterday, they mourned Rasaq, a member of Governance Advisory Council (GAC), who passed away Saturday morning at 74 after a brief illness.

In his message by his Media Aide, Tunde Rahman, the APC leader said Rasaq after a brief illness was a grassroots politician, party loyalist and believer in the progressive cause.

He said: “I’m deeply saddened by the passing of Rasaq, a grassroots politician, well-known ally and a defender of the progressive cause.

“A member of our Governance Advisory Council in Lagos and one of the apex leaders in Lagos East, Chief Rasaq is an important part of our political movement.

“He was a loyal and energetic party man who did a lot for APC, Lagos State and his Epe hometown. Since he joined politics to meaningfully contribute his quota to the development of the people and betterment of the society, Chief Rasaq had had his hand on the plough and never to look back.

“He served Epe and Lagos State in various capacities including as Chairman of Epe Local Government Area and later Commissioner for Public Transportation in the state.

“So influential is Rasaq in his hometown that he was gifted the traditional title of Balogun of Epe. His death is a big loss to Lagos and Epe town. Lagos APC and members of the progressive family across the country will deeply miss him.

“I mourn with his wife and children and the entire Rasaq family. May Almighty Allah give them the strength to live after their father and patriarch,” the APC leader said.

In a message issued by his Chief Press Secretary (CPS), Mr Gboyega Akosile, Sanwo-Olu said the deceased, during his lifetime stood for what was right, always championing policies that would impact positively on the lives of the poor masses.

Sanwo-Olu said the late Razaq did not hide his love and support of his administration especially the Babajide Sanwo-Olu’s THEMES agenda.

He said: “I am saddened by the death of Rasaq. He was a loyal party man and committed democrat, with a deep understanding of the state’s political landscape. He was an extremely loyal politician, who did his best for our party.

“Razaq served his people and Lagos State passionately as Chairman of Epe Local Government Area and Commissioner of Public Transportation. He brought a lot of development to Epe as a council boss and also made a lot of positive contributions to turn around public transportation in Lagos during his tenure as member of the State Executive Council.

“Razaq was a great politician, a strong party man and an advocate of masses oriented programmes. His support for our THEMES agenda was exemplary. He always propelled us to do more for the people of Lagos State.

“There is no doubting the fact that he would be missed by the entire political class, particularly the people of Epe, the Lagos East Senatorial District and the State as a whole.”