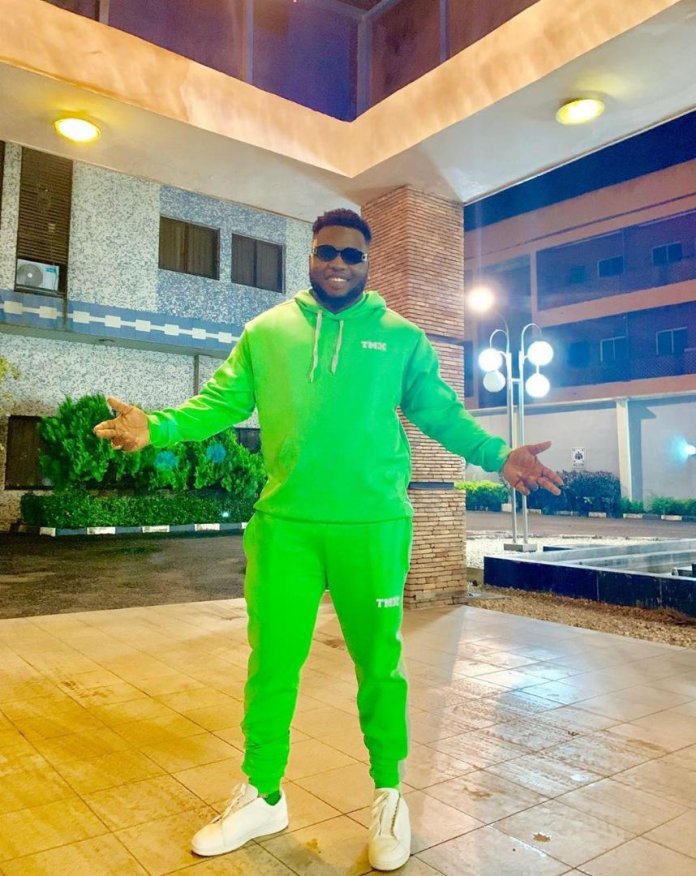 Nigerian music sensation, Dabenja has said his number one mission in the competitive Nigeria music industry is to push Afrobeats genre to the next level, globally. Addressing a cross section of journalist in Lagos, Dabenja whose real names are Benjamin Uwah described music as his way of life and passion.

“To be honest with you, I am in the music industry for a purpose, as much as I will be entertaining my fans with good music, my mission is also to take Afrobeats to the next level. I want music lovers around the world to feel my music and be relief that Afrobeats closer to them, that is what it is. I want to make my own contribution to the growth of Afro music in Nigeria and Africa through my music” he declares.

On his first love, “Music is not just my first love, as a matter of fact, music is my way of life. Writing songs or even just listening to music transports me into another world, a world free of pain and troubles. Music keeps me sane. It wasn’t a surprise to anyone when I decided to go into music full time, I can’t imagine myself doing any other thing apart from music,” the Akwa Ibom born entertainer stated.

The Chief Executive Director of, The Mustard Seed music (TMS) Entertainment and graduate of Business Administration from the University of East London, said his desire to give back to the society and also help the less privilege motivated him to launch “Dabenja Foundation”. A charity organizations that purely cater for the needs of humanity. He is a serial entrepreneur and brand ambassador with notable awards in and outside Nigeria.

Having broke into the music scene in 2011, Dabenja who has worked with some of the biggest names in the Nigerian music industry, has since gone to release other hits songs such as, “Select”, “Sugarbaby”, “Take Away” and his 2019 hit single “Yakata”, which he performed at the “Afrikan Shrine” during the annual Felabration Musical Concert in 2017. Kown for putting out good music, his new single “BLESSING” currently topping charts and ruling the airwaves, with a first class visual that was shot in the US. BLESSING is serve as a prelude to an anticipated forthcoming double album later in the year.