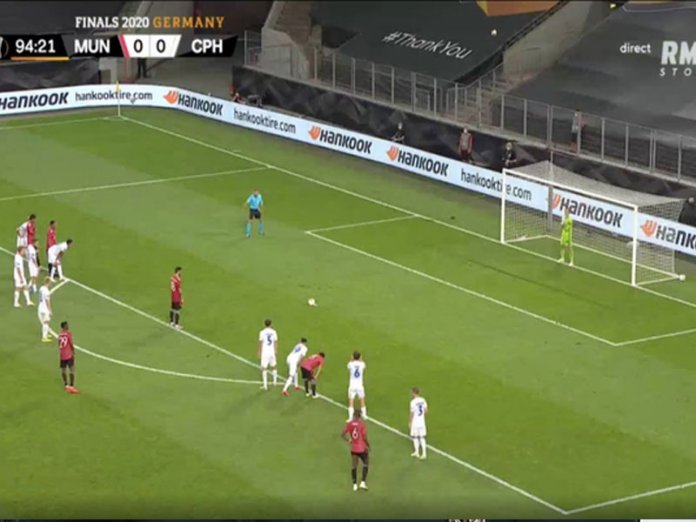 Former Super Eagles forward, Odion Ighalo, was an unused sub on Monday night as Manchester United needed an extra-time penalty from Bruno Fernandes to finally see off a spirited FC Copenhagen 1-0 and set up a potential Europa League semi-final against Wolves.

United were poor for much of the first half in the heat of Cologne but still had a penalty overturned and a goal ruled out by the Video Assistant Referee.

Ole Gunnar Solskjaer’s side improved and dominated the second half but could find no way past inspired goalkeeper Karl-Johan Johnsson, with Fernandes and Mason Greenwood also each hitting the post and Marcus Rashford having another effort disallowed.

Fernandes finally broke through in familiar style, keeping cool to drive in United’s 21st spot-kick of the season at the start of the extra period to extend their marathon season by another week.

Nicolo Barella fired home an excellent 20-yard strike to give Inter the lead.

Lukaku controlled Ashley Young’s pass, turned a defender and slotted home for his 31st goal of the season.

Kai Havertz smashed home from six yards out to give Leverkusen hope but they could not find a leveller to force extra time in the one-off tie.

Antonio Conte’s side will face the winner of Shakhtar Donetsk v Basel in the semi-final on 17 August, also in Dusseldorf.