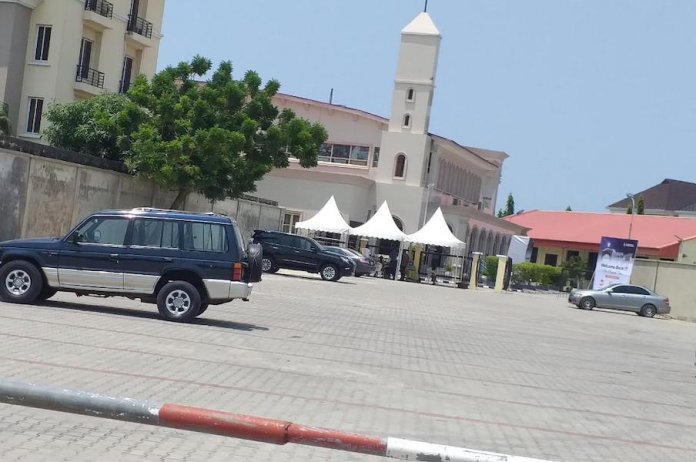 The churches, like other worship centres, were closed in March as part of measures to contain the spread of COVID-19.

However, the Serving Overseer of the Citadel Global Community Church (CGCC), Pastor Tunde Bakare; Shepherd Superintendent of the Household of God Church, Rev. Chris Okotie; General Overseer of the Synagogue Church Of All Nations (SCOAN), Prophet TB Joshua; the Senior Pastors of Daystar Christian Centre, Sam and Nike Adeyemi; and Mountain of Fire and Miracles Ministries (MFM) did not reopen their churches yesterday.

While Bakare said reopening of churches in the midst of the rampaging pandemic would amount to driving Christians like sheep to the slaughter houses by trooping to churches, Okotie rejected the use of face masks in the church, saying it will amount to the reintroduction of the veil, which was abolished when Jesus Christ died on the cross.

Joshua said he needed to hear from God before reopening SCOAN services, while MFM headquarters had directed the church not to resume until September.
Despite the reopening of churches, the streets of Lagos were shorn of heavy traffic of worshippers as only a few of them attended services.

However, in Ikorodu, the 8:15 am mass in Saint Augustine Catholic Church, Mary Hill, Ikorodu, held with strict adherence to the COVID-19 protocol and regulations.

Only 40 per cent of worshippers were allowed in per mass, with two services running simultaneously. Security personnel on the ground assisted with crowd control.

Also, there were various handwashing stations and sanitiser dispensers at strategic points within the church, just as they ensured all worshippers wore face masks.

During the service, all worshippers observed social distance, with only three parishioners on a pew, just as the service was short.

In Oshodi, it was no different as the 6 am mass at St Paul’s Catholic Church, Oshodi, which was held in five different locations within the church premises.

Each location had a maximum of 50 persons and people were moved to the next location once the previous reached its full capacity.

Also, all members and parishioners complied with the face mask policy while the church also ensured that temperatures were checked and hands washed as they came through the entrance.

During the service, which only lasted for an hour, social distance was observed.
Only four persons sat on the pews that would normally have contained 12 persons each.

Also, handshaking, loitering or hugging after service was disallowed as members were asked to go home immediately so to allow other members come in for the second mass.

A visit to MFM churches all around Oshodi showed they complied with the directives from the headquarters for all branches in Lagos and Ogun not to open till September.

However, the Lord’s Chosen Church and Redeemed Christian Church of God (RCCG) around the area held very brief services of about an hour still under strict adherence to laid-down protocols of reopening of churches.

In Ogba, as observed by THISDAY, there was a low turnout in churches in the area.

Also services at Celestial Church, Ikeja 2 Parish were skeletal as attendance was low, but the members conformed to COVID-19 protocols.

In FESTAC Town, the Assemblies of God Church, Festac II, observed the protocols with 50 per cent sitting capacity, temperature checking, hand washing with soap and running water as well as wearing face masks by worshippers.

But among the mega-churches that operate in the megacity, only the Christ Embassy was opened for service.

At the national headquarters of the church at Billingsway, Oregun, Lagos, few worshippers were around even as most of them were without face masks, one of the requirements for attending service by the state government.

THISDAY, however, gathered the poor attendance by the RCCG worshippers may be due to the ongoing convention of the church, which is taking place at the Redeemed Camp along the Lagos-Ibadan Expressway.

Also under lock and key was Pastor Sam Adeyemi’s Daystar Church. At its Oregun headquarters, only security men were around when THISDAY visited.

The same situation applied to the Household of God Church, pastored by Okotie.
At the church’s headquarters, only the Mercedes Benz limousine belonging to Okotie was conspicuously parked at the entrance of the church.

There was no one to speak to when THISDAY called.

At Bakare’s Church at Ogba, the gates were also locked.

This was also the situation with most Anglican Churches. At the Apostolic Church, Agege, there was nobody to talk to.

Although its gates were open, few persons, who appeared to be church workers, were seen at the Victorious Army Ministries International along Acme Road in Ikeja.

Most small Pentecostal churches also did not open for service.