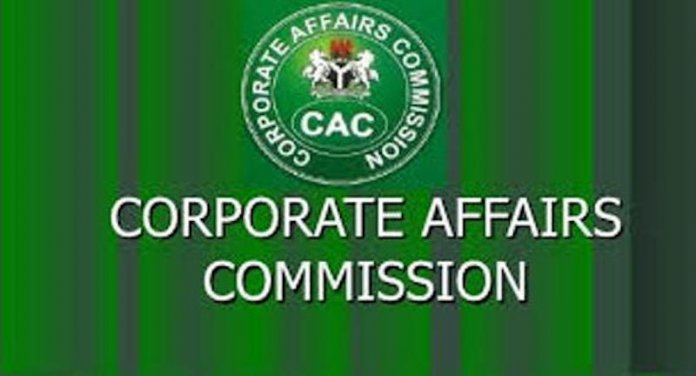 The Corporate Affairs Commission (CAC) Monday admitted having made mistakes in the registration of some organisations in the past, but said that the process has been tightened to ensure persons with dubious intentions do not surreptitiously obtain legal backing.

It said that henceforth, applications will be thoroughly scrutinised so that bodies which may pose national security challenges will not have their organisations registered in error.

The CAC had recently announced the deregistration of Ohanaeze Ndigbo General Assembly, which broke out from the original Ohanaeze led by Chief John Nwodo, saying that the group had not fully met the conditions for the issuance of the certificate of registration.

It asked the body to return the said certificate to the commission as same had been cancelled, saying that it amounted to double standards to register the organisation as similar groups had been denied registration, including the Arewa Consultative Forum (ACF).

There had also been several complaints by people intending to register their organisations because of the new rules which they say do not encourage enterprise.

Speaking during an interview on Arise Television, the broadcast arm of THISDAY Group, the CAC Registrar and Chief Executive Officer, Mr Garba Abubakar, noted that the government agency did not introduce the new process of registration to make things harder for businesses and other bodies wishing to register their organisations.

“After we analysed the impact of that, vis-a-vis the security situation of the country, we are now insisting that all applications must undergo some scrutiny.

“We don’t register political movements at the CAC, but we see applications clad with all manners of objects behind it, there may be things that have certain implications.

“We decided it’s either we restore that system of security vetting with all the challenges and delays or we introduce a requirement where customers will front-load the objectives and the particulars of the trustees.

“We may decide at that level whether to refer the application to the security agencies or go ahead and allow the name.

“The issue of security is at the lower level because our approving officers at the lower level can approve names for companies and businesses, but we need that level of scrutiny especially when the objectives are not clear at the point the name is being reserved. It’s difficult,” he explained.

Abubakar said that if the objectives are okay and don’t have implications for national security, the CAC will go ahead and register without any delay.

He added: “We have registered some names in the past and now we are facing some challenges. These are measures being introduced in the national interest, not for any other thing.”