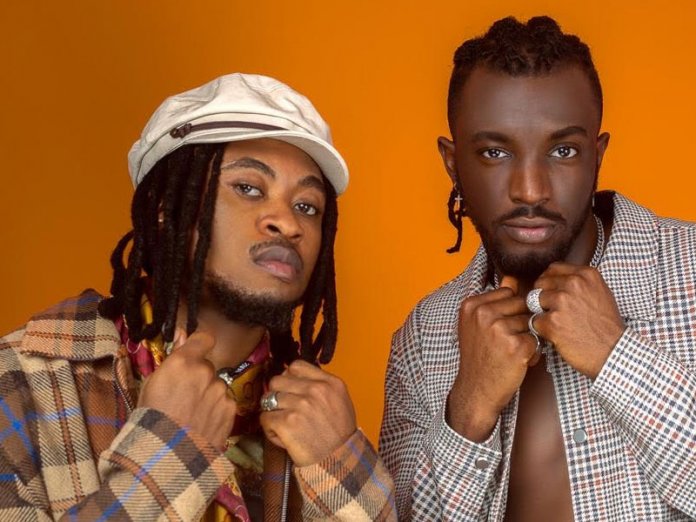 PLAYAZ is a fast-rising duo consisting of two prolific talented acts Gabana Playaz ( Isaac Obasuyi) and Lynox Playaz (Adindu Linus Nnamdi). They announced their emergence on the music scene with the successful popular slang MAD OH which gave them huge leverage in the music industry, which was released in 2019, and followed up with another smash hit for the ladies SHOW DEM. The duo have teamed up with energetic act, Zlatan Ibile for thé remix of their Mad Oh song which would be released off their upcoming EP which as other songs such as I Wonder, Color and Fenty.

On what went into the making of Mad oh and Show Dem, which has become one of the biggest jams on the airwave, PLAYAZ said, “MAD OH was literally a vibe after a collaborative Ep with former Five-star artiste X-BUSTA and we decided to put up a vibe which was more like the not too serious vibe so we’re glad for the growth. We made Mad oh as a freestyle but it turned out to be everybody’s favorite and a trendy slang. As we said, it was inspired by just a vibe and freestyle.”

So far, the song Mad oh has garnered more than 2 million streams on all streaming platforms giving the singer the Duo PLAYAZ promising good start with families deep in musical roots. Gabana Playaz was an outstanding drummer in his early teens and also majored in the guitar which he played a significant role in the church choir. Lynox Playaz’s father, a percussionist and also a traditional Dancer was a great influence on his music style.

PLAYAZ currently managed by Dre Cesar management has a blend of Afro-fusion, a blend of Afrobeat and Afro Dance. As a gifted artiste with an uncanny ability to exist in his space, even when circling around the afro-fusion tag that has seen a recent rise in adaptability, the promising duo PLAYAZ left many music buffs to tip them up to be nominated in Scream Award as the best new artiste in 2020.

Speaking on career trajectory, PLAYAZ said, “We started out together to work as a duo in 2016 as a songwriter and also a producer. Working with a lot of prominent artiste in the music scene, I think that’s where the whole thing comes from, to be able to manage our own craft and also locate a distinct sound. Our sound is afro-fusion and Afro Dance, but We don’t like being boxed in some type of way; We’re not that kind of artiste. There are so many influences on our music.”

On how the viral epidemic COVID-19 has been a major decline change in the regularly scheduled program, PLAYAZ said, “In as much as we are business conscious with the music but I know for sure our team puts the business out there and they make sure we get the music available for everyone.”