As a man of many parts, Juli is one of the world’s exemplary leaders and he has displayed excellent leadership and management skills everywhere he had the opportunity to serve. Prince Juli says commitment, determination, ability to focus and the grace of God have helped him to serve well in different roles. He is adviser to Presidents, Ministers and professionals in the public and private sectors. He is a Past President of the Nigerian American Chamber of Commerce; he is the Honorary Life Vice President of the Lagos Chamber of Commerce and Industry (LCCI); he is a Fellow and pioneer President of the Nigerian Academy of Pharmacy and Patron of the Nigerian British Chamber of Commerce (NBCC).
Prince Juli is also a Fellow of the Nigerian Institute of Management; Fellow and Past President of the Pharmaceutical Society of Nigeria (PSN); Fellow of the West Africa Pharmaceutical Post-Graduate College; Chairman, Board of MTN Foundation and President of the Alumni Association of the National Institute of Policy and Strategic Studies, Kuru, near Jos. In his quest for more knowledge to serve humanity, Juli enrolled for law at the University of Lagos and Vice President Yemi Osinbajo was one of his lecturers. He finished in 1986 and topped his class at the Nigerian Law School the following year as the best graduating student. Since then, his pro-bono legal service has helped to fight the cause of inmates in Nigerian prisons.
Juli’s life of service extended to the national level where he had a brief spell as former Secretary (equivalent to the rank of Minister) of Health and Social Services when Chief Ernest Shonekan headed the Interim National Government. Although the tenure was shortlived, Juli made his mark while it lasted in spite of the road block that was mounted by an opposition group to frustrate his goals and agenda for healthcare development.
Prince Juli is a happy and contented family man. His wife, Julia, is the family’s backbone and they are blessed with four adorable children (two male, two female) who are also doing well in their own right: Funke, Adewale, Demilade and Adeolu. Why does Prince Juli wear white agbada all the time? Juli is a man of peace and wonderful mediator of conflicts. White signifies purity and it allows him to project his inner peace and good deeds straight from his heart. He bears no grudges, bitterness or animosity of any kind towards anyone. In addition, wearing white allows Juli to focus and maintain “environmental discipline” for neatness and cleanliness.
When he was District Governor of Rotary District 911, he used the opportunity to sell Nigeria through his dress code (Nigerian attire now represented by white apparel) to the world during his frequent trips. It is evident that Juli is a man of style but he is a proudly Nigerian dresser. Most of the time, he represented Rotary International President which meant he was also a goodwill ambassador for the country. By the way, Prince Juli has all the credentials to have been elected Rotary International President; so in another sense, he is the Rotary International President we never had.
With great minds and outstanding leaders like Prince Juli, why is Nigeria where it is today? Here is a man who has distinguished himself in various leadership positions and he is not active in Abuja. The Juli that I know does not solicit for appointments but Nigeria stands to benefit from his wide network, knowledge, resources and experience. However, Prince Juli is a national award recipient – he was honoured with MFR in 1986 and OFR in 2002. At 80 years old, Julie is now in retirement but he is certainly not tired; he still keeps an active schedule. Our man of the moment still plays golf but I will find the time to tease him again to explain the secret of “looking so good and young” at his age. Congratulations and happy birthday sir! May the blessings be.

*Braimah is a PR and marketing strategist based in Lagos

editor - September 30, 2020 3:23 am
38
There is hardly any country in which nation-building is a finished business. To build a nation its people under a leadership with a sense of... 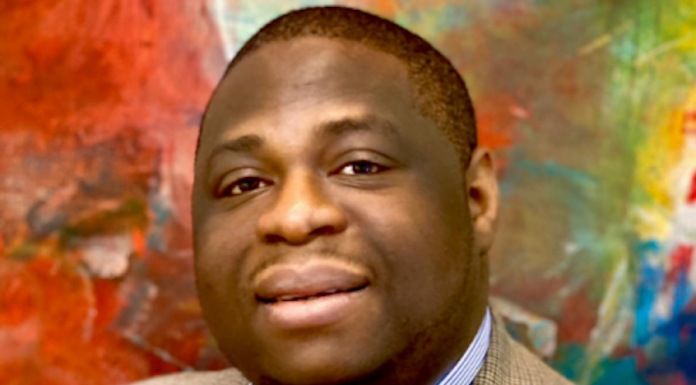