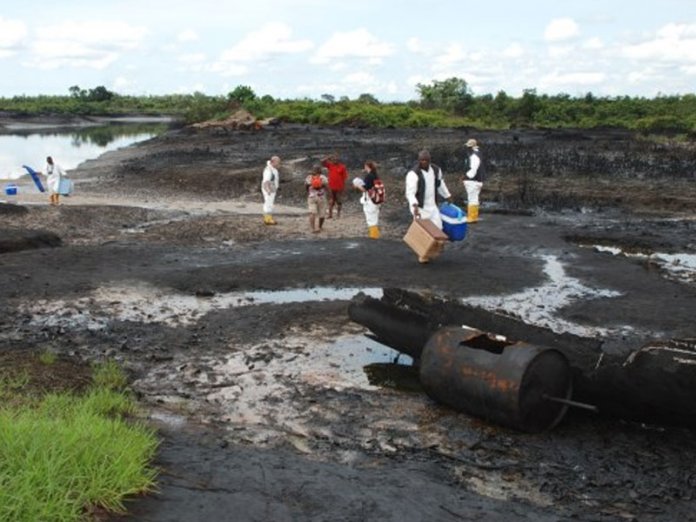 The Hydrocarbon Pollution Remediation Project (HYPREP) set up by the federal government to implement the United Nations Environment Programme (UNEP) report on the clean-up of Ogoniland in Rivers State has completed the remediation of five impacted sites.

The Project Coordinator of HYPREP, Dr. Marvin Dekil, who addressed journalists in Port Harcourt yesterday to mark the 9th anniversary of the submission of the UNEP report on Ogoniland to the federal government, said the project had overcome its teething problems and has fully embarked on the remediation of impacted sites.

The UNEP submitted a report of its findings on the Ogoni environment on August 4, 2011, which is now popularly referred to as the UNEP Report to the Federal Government of Nigeria.

The report detailed steps and activities to be carried out for the remediation of Ogoniland and recommended an initial $1 billion to be provided by the oil companies for the clean-up and the provision of potable water.

The report said that it would take between 25 and 30 years to fully restore the polluted environment of Ogoniland.

Giving a report of achievements of the project since the flag-off of the exercise on June 2, 2016, Dekil said the HYPREP used the first one and a half years to put machineries on ground and went into full remediation in January,
2019.

“The first contract for remediation was awarded in January 2019, which means that though the Project Coordination Office is now three years old, the remediation work is only one year, seven months,” he state batch one remediation of polluted sites were awarded d.

He stated that the contract for the Phase One Batch One remediation of polluted sites were awarded in January 2019 to mark “the beginning of the clean-up of impacted sites as recommended by UNEP under which 21 lots across the four Local Government Areas of Ogoniland in the category of less-complex sites were handed over to 21 remediation companies.”

Dekil stated that some of the companies had challenges mobilising to sites due to bad weather, communal land disputes, chieftaincy tussles, court cases over the lands where remediation was to be carried out and compensation related issues.

His said: “As at today, five of the companies have completed remediation work with the rest to round off remediation work in the next one and a half month. The five lots where remediation work has been completed are: Deebon Bodo/Mogho in Gokana; Nkeleoken/Alode in Eleme; Korokoro Well 9 in Tai; Obolo Ebubu in Eleme and Bara Akpor Botem in Tai Local Government Area.”

The project coordinator said that while work was going on the 21 lots in Phase One Batch One, another set of remediation contracts for Phase One Batch Two was awarded in February for the clean-up of additional 36 lots.

He, however, said the COVID-19 pandemic disease broke out in Nigeria at the point when the contractors were to move to site while the government’s lockdown order held back the contractors from moving to site.

He added that the remediation companies have started to move to sites with the phased lifting of the COVID-19 restrictions,

Dekil observed that the sources of livelihoods of the communities were badly affected with the pollution that impacted the soil, surface water bodies and ground water.