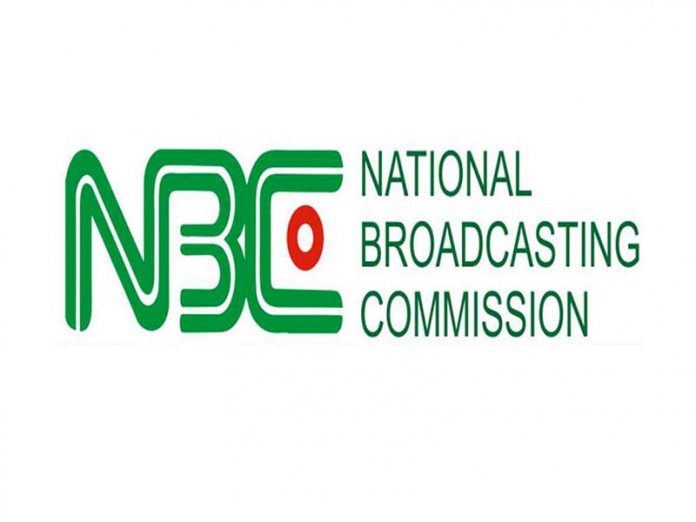 Since over a decade ago when the news about the overlapping functions between the National Agency for Food and Drug Administration and Control (NAFDAC) and Advertising Practitioners Council of Nigeria (APCON) broke out, there hasn’t been any issue that has been controversial as the ongoing debate about the amendment to the sixth code for broadcasting, which again tends to have subsumed some of the APCON’s regulatory roles.

Among other objectives, the aims of the amendments to the NBC Code was to create restrictions for monopolistic behavior in the broadcast industry, provide for local content in the broadcast industry and increase advertising revenue for broadcast stations and content producers.
It establishes codes of practice relating to content acquisition, sharing of content rights for rebroadcasting and technical standards for media services; and for the regulation standards of fair market.

Prohibition of exclusive licensing and sports right
Because of its sensitivity to entertainment and sports, the area that touches on acquisition of sports rights in the amended NBC Code, has continued to generate furor.

For instance, in the commission’s bid to ensure fair and effective competition on all platforms at an agreed fee, rights owners to live foreign sporting events are mandatorily required to offer the rights to broadcasters on other platforms.

Reacting to this while speaking with THISDAY, a development communication scholar and journalism teacher at Lagos State University, Tunde Akanni, said the code’s stand against exclusive licensing and sports right was also against global best practice. He stated further that if the commission had done its homework very well, perhaps those who drafted the amendment would have discovered it might not fly.

“In one of my published works after the new code was unveiled, I predicted the impracticability of the new proposal. Aside the fact that it looks away from the reality of the global best practices, it’s alarming that NBC has moved deliberately against the tide of reality in the creative world. To me, with the new code, NBC appears to be dampening Nigeria’s huge promise and playing out the “happiest moment as saddest encounter.

“How? NBC now wants to protect exclusivity of content broadcasting. In its recent amendment contained in the new Code, the Commission insists rights holders, after daring investment risks, must sub-license to other broadcasters, the contents they should have exclusive rights to. NBC argues that the amendment was imperative to boost local content production and make broadcast sector a better level playing field. How illogical! NBC hardly seeks the perception of the players before coming to this conclusion.

“If fighting ‘monopoly’ in the mould NBC conceives were to be deemed foolproof, the experience of the defunct HiTV is enough a warner. At a time in the recent past, HiTV held the exclusive rights to the indomitable English Premier League. It never shared it with other broadcasters but it’s all history today. The lesson: holding exclusive rights to premium content constitutes only a component of broadcasting,” said the university don.
Besides, given that the NBC has licensed several other DTH operators and pay-tv services, who operate in the same market, with some of them holding exclusive rights to some premium contents and the fact that none of them at this time has reported to the commission any allegation of unfair market conduct or anti-competitive conduct, many observers have argued that many things are not adding in this section.

Another case of overlapping functions

For advertising practitioners, especially those who are familiar with APCON’s modus operandi, Sections 7.8 -7.9 of the sixth code was considered an aberration on the part of the NBC. Some analysts, who reviewed the code, have concluded that these rules however well-intentioned are outside of the remit of NBC, especially in drafting them without broad stakeholders’ input.

“This should be APCON’s role or at best in conjunction with the council. But for a broadcast regulator to deploy such emotive prescriptive language in a regulation of enterprise which though impacts its licensee is outside its remit is another evidence of overreach and misconception of what NBC is, and should be doing, in an evolving digital media marketplace,” an analysts had stated.

Again, the clause in Section 7.8.2 shows the apparent level of misconception. On face value, it reads and sound very nationalistic, but the unintended consequences are vast. Consider the possibilities that Nigerian content – TV shows, music videos and the rest now received similar treatment in other African and indeed Asian markets. The question many stakeholders are asking is whether Nigeria would maintain its place as global content player.
Without placing incentives that will help advertisers/agencies/ producers to achieve this goal, it is believed that this will fail, and cause more harm, giving room for below the table dealings.

Like in many sections, questions are being asked around whether NBC has the capacity to audit what is produced locally and to ascertain such are. Has the NBC conducted any study to find out why Nigerian advertisers chose to produce abroad? Has it discussed this with the industry?

Of all the areas treated in the amended code, the section on unpaid advertising rate has been described as one of the best but again, it has been recommended for redrafting as a result of loose ends. Besides, many observers have also argued that the area should be an industry self-regulatory mechanism and not direct regulation from the NBC.

In addressing the clause, the broadcasting regulatory authority has been charged to understand the distinction between self-regulation and regulation. It is believed that this could create broad framework under which industry self-regulation can happen and agree which areas and what levels, before direct intervention.

Reacting to issues that concern advertising in the new code, the President, Association of Advertising Agencies of Nigeria (AAAN), Steve Babaeko, told THISDAY that the basis of the code was wrong as far as it has to do with advertising.
“For five years, we have been clamouring for the reconstitution of the APCON council, now this is one of the flipsides of the absence of the council. With the new development, Government appears to be telling us to henceforth be reporting to NBC. The question is; if we have all those things in APCON act, why pushing us to NBC? If APCON is in place, advertising will not be at the mercy of any other agency of government but the council,” Babaeko said.

Meanwhile a senior practitioner and former chairman of APCON, Lolu Akinwumi, who recently appeared with Patrick Doyle on Silverbird Television programme said his reaction when he first saw the NBC’s amended code was that something was wrong somewhere.

Akinwumi, who was also at a time AAAN President, linked some of the shortcomings in the code as related to advertisement and advertising to the fact that APCON council had remained in the limbo for years.

While calling on the Minister of Information, Lai Muhammed, to address the issue of the council as soon as possible, he was of the opinion that if APCON council was in place, the NBC’s representative on the board would have informed those who amended the code that some of the areas were already existing in APCON’s code.
“Some of the issues addressed under advertisement and payment have been addressed adequately by APCON. NBC has a seat in APCON and I know the representative would have pointed out to NBC that the areas have been covered by APCON if the council is in place.

“The area that also tries to bar multinationals from exposing their global commercials in Nigeria is also contentious. At the appropriate time, I know that would be challenged in court.
“The global practice is that where there must be a foreign ad, it will attract extra levy, not prohibition. That remains a global practice, which Nigeria cannot afford to turn back against. At this stage, I will again appeal to the Minister of Information, Alhaj Lai Muhammed to look into the issue of APCON council and reconstitute it to protect advertising,” Akinwumi stated.

As things are, if NBC yields to calls from various quarters, it is a matter of time, the commission will still go back to the drawing board to right the wrong and reset the entertainment and creative industries on a more dynamic ladder.