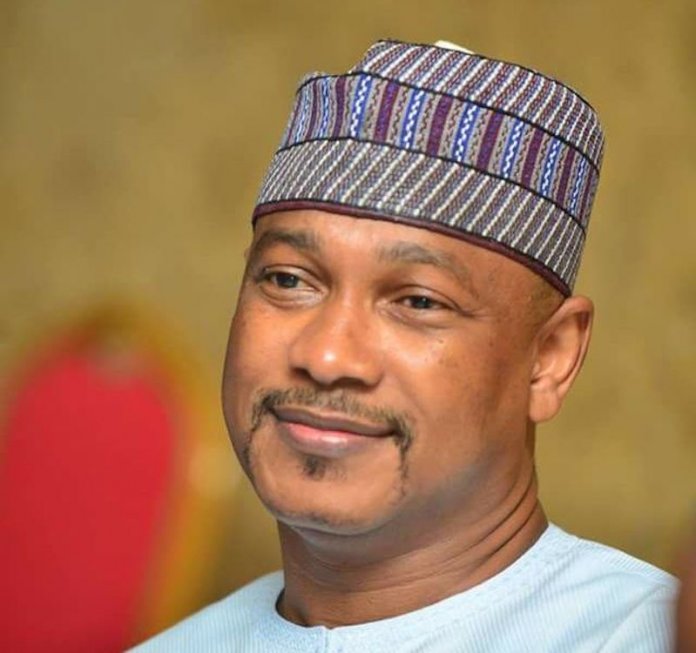 A former executive director of First Bank of Nigeria Plc, Mr. Dauda Lawal, has replied the suspended acting Chairman of the Economic and Financial Crimes Commission (EFCC), Ibrahim Magu, saying he distorted the relevant facts of his case.

Lawal disclosed this in a letter addressed to the Justice Ayo Salami-led presidential probe panel investigating allegations of gross misconduct against the former chairman.

The former banker said Magu’s response was “laced with barefaced distortion of relevant facts” and an attempt to mislead the Justice Salami panel.

In the detailed response, Lawal also accused Magu of “concocting a tale to suit his mischief without providing any supporting proof”.

Lawal’s rejoinder came barely a week after Magu’s response on the July 30, 2020, to allegations of corruption, abuse of office and insubordination made against him, wherein the suspended former chairman sought to provide his defence to paragraph D(17) of the petition under what he has captioned “Relevant facts on Dauda Lawal’s case.”

He also claimed that Magu in his response sought to explain that the sum of $153,310,000 was brought to the Bank from the Nigerian National Petroleum Corporation (NNPC) on behalf of Mrs. Deziani Alison-Madueke, but unfortunately couldn’t capture exactly the total amount allegedly brought by each person which sum was $152,480,000. “This latest summation by Mr. Magu is inconsistent,” he said.

According to the former banker, “Contrary to Mr. Magu’s narrative, the EFCC’s claim in their affidavit is that while the total sum of US$113,310,000 was conveyed ‘in cash’ to Lanre Adesanya, Executive Director, Commercial and Institutional Bank, Sterling Bank Plc, ‘the remaining sum of US$40,000,000 was also conveyed in cash to one Dr. Dauda Lawal, Executive Director, Public Sector, First Bank Plc’.

“Obviously, Mr. Magu’s latest claim that I received US$65,000,000.00 is a feeble attempt to reconcile the inconsistent figures arising from the EFCC’s improper investigation of the case before it.”

Lawal also debunked Magu’s claim that “the defendants adopted many delay tactics for almost a year… It was agreed that expeditious determination of the case will only be achieved if the defendants are charged separately.

“It is clear from the record of proceedings before the Federal High Court that I was always ready and willing to defend the allegations against me in court. At all times from the inception of the cases in court, including the criminal charge, I always appeared in court to defend myself. I did not shy away from prosecution nor delay the prosecution of the case as alleged or at all”.