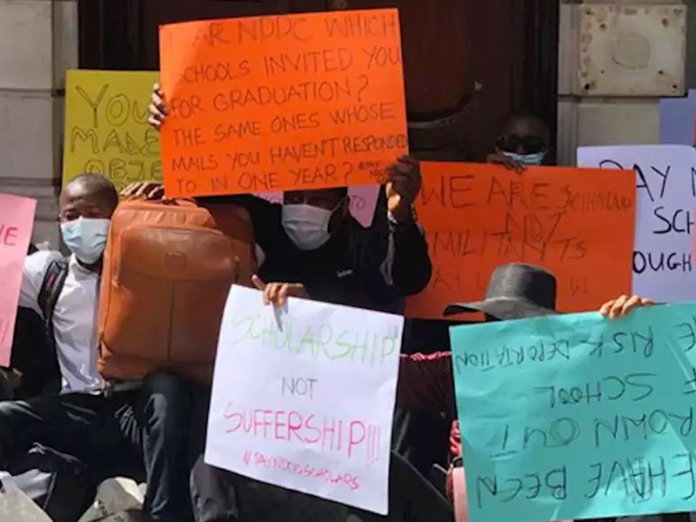 Beneficiaries of the Niger Delta Development Commission (NDDC) scholarship in the UK hit the streets yesterday to protest the non-payment of their tuition fees.

The Cable reported that the students converged on the Nigerian High Commission in London to express displeasure over “negligence of their welfare”.

The scholars, who sat on the floor during the protest, lamented that they have been stranded since the NDDC stopped paying their tuition and allowances one year after they were awarded the scholarship.

They also lamented that they have been begging for food while they risk being deported.

The inscriptions on the placards read: “Abandoned in The Heat of COVID-19 Pandemic,” “NDDC Failed Us,” “‘We Have Been Thrown Out of School,” “We Risk Deportation,” “Must We have a protest to get paid?” and “We Are Scholars, Not Militants”.

“We have continued to receive threats to be suspended from studying and thrown out for not paying rent. The IMC leadership @NDDCOnline has looted our funds. We will not accept the half school fees or upkeep you are proposing,” one of them wrote on Twitter.

A video of the protest, which has gone viral on social media, showed the scholars asking to speak with President Muhammadu Buhari and the Minister of Niger Delta Affairs, Senator Godswill Akpabio.

An official of the high commission was appealing to the protesters to calm down, assuring them that their concerns would be addressed.

“My integrity will be at stake if I call somebody else to act as the minister on the telephone. It will not solve your problem. What matters most is that we are giving you our words,” the official said. 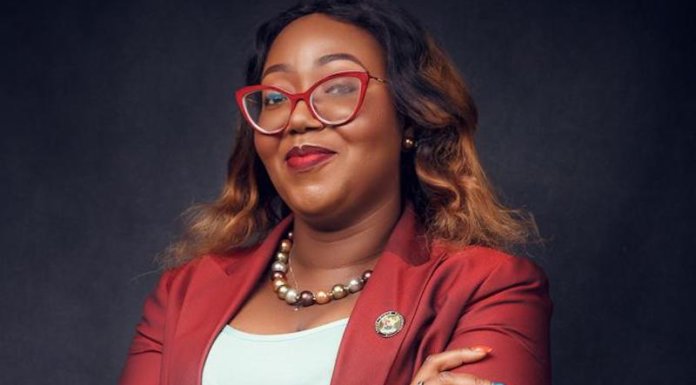