Passengers scheduled to fly with Bristow Helicopters on Monday were stranded as a result of an indefinite strike embarked upon by the National Association of Aircraft Pilots and Engineers (NAAPE).

The union is protesting against alleged discriminatory policies against Nigerian employees by the company.

A visit to the Murtala Muhammed Airport, Lagos early Monday showed that some passengers and expatriates were barred from entering the company’s facility.
But a statement by the management of Bristow explained that contrary to NAAPE’s assertion that all negotiations have broken down, it remained willing and prepared to continue dialogue with NAAPE but the union had abandon negotiations to embark on a strike which is both illegal and unwarranted.

Members of NAAPE, who were present during the strike at the airport, said that the strike would continue until Bristow agrees to review some of its discriminatory policies against Nigerian workers and treat them equally as its expatriates.

The Public Relations Officer of NAAPE, Francis Igwe, explained some of the grievances of the union to include Bristow’s proposal to suspend the conditions of service, negotiations and their deliberate subversions of established terms of agreement with NAAPE, insistence on benchmarking salaries of national pilots and engineers to an obsolete rate of N345/$1 coupled with the recent insistence on their proposal to implement N355/$1, a rate which is not obtainable on any foreign exchange window in the world while still pay expatriate foreigners their full remuneration in USD.

Others, Igwe said, included the failure to train qualified persons in Airline Transport Pilot Licence (ATPL) and failure to fully reimburse individuals who have successfully completed their ATPL through self-sponsorship, disproportionate matching and capped reimbursement cash figures for self-sponsored pilots on ATPL with an employment bond of N30 million-An obvious unethical and sharp practice.
The Vice-President of NAAPE, Dukas Yakubu, said after several attempts to reach an agreement with Bristow, the company has failed to review some of its obnoxious policies against its indigenous workers.
The Lagos State Chairperson, Nigerian Labour Congress, (NLC), Agnes Funmi Sessi, during the commencement of the strike, said NLC is battle ready for Bristow, stressing that the era of impunity is over.

“We want to state it clearly that the era of impunity where companies hide behind Covid-19 to unleash terror against workers will no longer be tolerated,” Sessi said.

However, the company said: “Bristow proposed to put a ‘pause’ on the pilots and engineers conditions of service (COS) negotiations recognizing the recent global outbreak of Covid-19, the plummeting of global oil prices and the mandatory 22 per cent OPEC cuts to Nigeria’s crude oil production – All which have had a significant impact on our business and capacity utilization in Nigeria.

“It is important to state that notwithstanding the economic challenges in the aviation industry since the spread of Covid-19, Bristow pilots and engineers have remained the best paid in their industry and have not suffered any reduction or change in their salaries, at a time when operations have reduced by 50 per cent.

“In the 2019 agreement, the parties agreed the relevant exchange rate at which the salaries of Bristow pilots and engineers would be calculated. In the agreement, both parties agreed on NGN345/$1 (at a time when the CBN exchange rate was NGN306/$1) with a provision for adjustment if the NAFEX rate moves in either direction by 20 per cent or more. Currently, the NAFEX rate has not reached the agreed threshold. Bristow has fully complied with the provisions of the agreement with NAAPE. By its demand, NAAPE is seeking to act contrary to the legally binding agreement it signed voluntarily.”

Bristow management also explained that in the signed 2019 agreement, Bristow committed to full sponsorship of up to four senior first officers SFOs within a financial year for their ATPL course, dependent upon operational requirements and the prevailing market realities and three individuals were identified and the process of training commenced.

It further explained that unfortunately and through no fault of Bristow, the selected individuals were unable to obtain the necessary travel and study visas.

“Furthermore, the proposed school identified was unable to obtain the required accreditation from the US government for them to be used as a fully licensed training organization. Bristow has documents to prove that the claim of non-reimbursement of funds for self-sponsored pilots is false as two senior first officers SFOs (who have now been promoted to Captains) have been reimbursed fully for the cost of their ATPL courses.

“Bristow rejects the accusation of any sharp practice regarding bonding of pilots. The pegged ATPL reimbursement cost is in line with the costs presented to the company by individuals seeking reimbursement,” the Bristow management clarified. 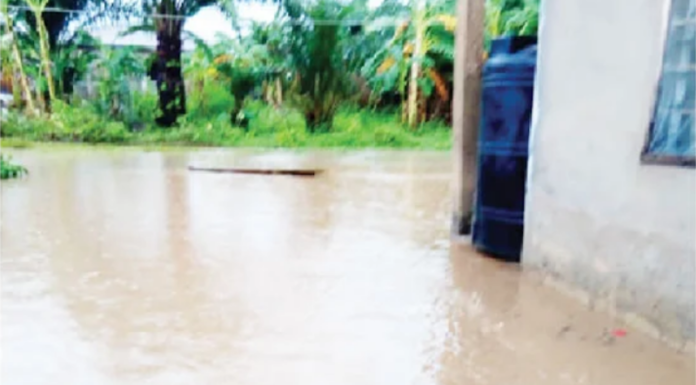