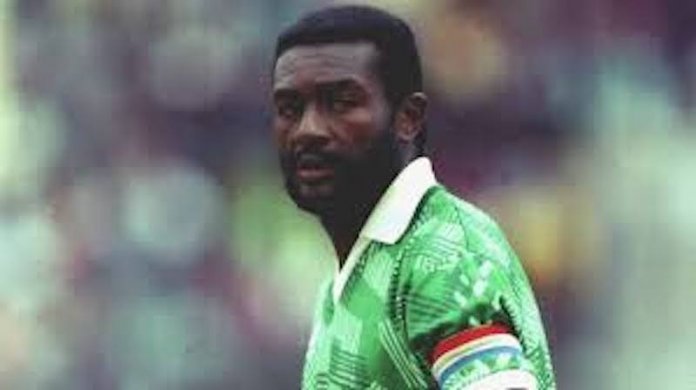 Former Cameroon captain Stephen Tataw died yesterday at his home in Yaounde at the age of 57.

The right-back was most famous for playing every minute as he led the Indomitable Lions to the quarter-finals of the 1990 World Cup in Italy.

That run included wins over Argentina, Romania and Colombia as Cameroon became the first African side to reach the last eight.

Cameroon were eventually beaten 3-2 in extra-time by England.

Four years later in the United States it was not such a fairytale as they were knocked out in the first round.

That campaign in the USA included a 6-1 thrashing by Russia after also being beaten by Brazil 3-0.

His club career saw him play for Cameroonian sides Tonnerre Yaounde and Olympic Mvolye before ending his playing days in Japan with Tosu Futures.

After the 1990 World Cup he had trials with Queens Park Rangers in the (then) First Division, later recalling he was told by manager Don Howe “I was good – excellent – but he was full up.”

He passed away on Friday after what a relative described as a “protracted illness” but did not give any more details at this stage.