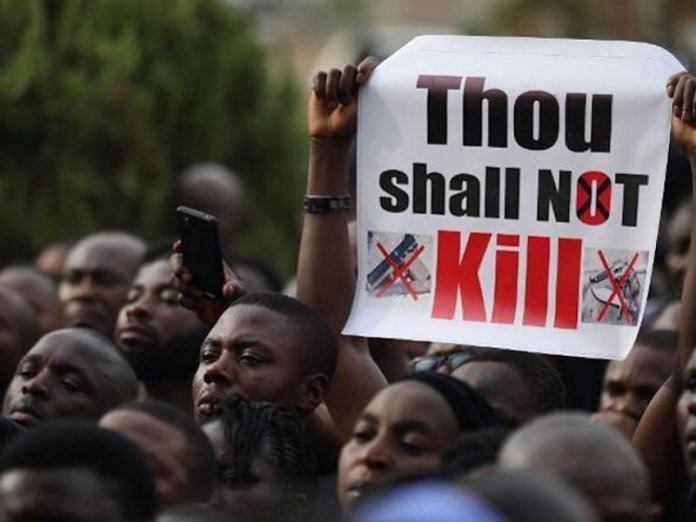 By Onyebuchi Ezigbo in Abuja and John Shiklam in Kaduna

The Southern Kaduna Elders Forum (SOKAF), led by a former military governor of old Rivers state, Gen. Zamani Lekwat (rtd), has broken its silence over the killings and wanton destructions in the area, calling on President Muhammadu Buhari to call the Kaduna State Governor, Mallam Nasir El-Rufai to order.

The southern Kaduna elders, Christian Association of Nigeria (CAN) and Northern States Christian Elders Forum (NOSCEF), have also called on Buhari to take urgent steps to stop the killings.

In a statement issued yesterday in Kaduna, the southern Kaduna elders said, it cannot continue sitting and folding its arms in the face of continued violence that portends a bleak future for generations yet unborn.

The statement was signed by the secretary of the forum, Mr. Peter Buba.

Buba said “Southern Kaduna has been in the eye of the storm over the incessant attacks and massive destruction of lives and property in the past few weeks” stressing that “as elders of the area and indeed Kaduna state, we are greatly disturbed by the unfolding tragedy ripping across our land”.

“We cannot therefore, afford to continue sitting and folding our arms in the face of the continued violence that portents a bleak future for future generations” the statement added.

The elders also asked, President Buhari to call Nasir el-Rufai, the Kaduna state governor “to order to live up to the tenets of his office being the Chief Security Officer of the state on this serious destruction of lives and property of citizens.”

“What is more, he (el-Rufai) once publicly confirmed the knowledge of where the bandits come from and even paid them money to stop the killings which still persists on a massive scale.

“All in all, the heartless destruction of lives and property in Chikun, Kajuru Zangon Kataf, Kauru, Kaura, Sanga and Jema’a LGAs, despite the curfew, is a serious embarrassment which should worry the power that be.

“The time for government to justify the confidence reposed in it by the people is therefore, overdue” the statement said.

The elders commended the Southern Kaduna Peoples Union, an umbrella body for ethnic nationalities in the area, saying “We have come to acknowledge SOKAPU as the voice and hope for Southern Kaduna. And we call on our people to support SOKAPU for the good work it has been doing.”

“As everyone knows, in their oaths of office, Mr. President and all the 36 state governors undertook to create a conducive environment for the peaceful co-existence of all citizens irrespective of creed, religious or ethnic, to ensure a seamless development and healthy growth of our country, given the fact that we have lived together in an integrated and symbiotic manner until the brutal invasion of our communities by those who government have come to confirm as foreign Fulani.

“What is happening in Southern Kaduna today and by extension some states of the federation is at variance with the above laudable objective,” Buba said.

The elders appealed to Buhari “to urgently intervene in a more effective way, given the magnitude and rapid spread of the killings, especially in the past five weeks, notwithstanding the 24 hours curfew imposed by the state governor.”

On its part, NOSCEF has also condemned the mindless killings and wanton destruction of property by Fulani herdsmen in communities in the Southern part of Kaduna state.

In a statement issued yesterday in Kaduna, the forum, lamented that the killings have continued unabated for too long without the authorities doing enough to stop it.

The statement signed by the chairman of the forum, Mr. Ejoga Inalegwu noted that “in the last one week alone, reports show that over 60 people were killed by rampaging Fulani herdsmen who invaded communities in Kauru, Zangon Kataf, Kaura, Kajuru and Jemaa Local Government Areas and unleashed terror on the people”.

According to Inalegwu thousands of people have been displaced and are living under horrible conditions in various refugee camps, without food, clothing and basic necessities.

He said “Sadly the response of both the Kaduna State and the federal governments to these attacks have been far from satisfactory, with the people in perpetual fear of fresh attacks.

“The justification of the attacks as ‘repraisal’ by the federal and the Kaduna state governments can only embolden the attackers to continue to unleash mayhem on the people”.

The statement decried the deteriorating security situation in the country, saying Nigerians are living in perpetual fear as bandits attack them on the highways and in their homes.

The forum further reiterated calls on President Buhari, to rijig the nation’s security architecture to effectively tackle insecurity in the country.

The forum said: “We are deeply saddened that while the Service Chiefs, who have failed in their duty to secure the nation, were reporting ‘wonderful successes’ in their campaign against banditry in the North-west, Christian communities were being attacked and killed in Southern Kaduna, as if Southern Kaduna is not part of the North West.

“Again, a few days back, the Chief of Army Staff, Lt. Gen. Tukur Buratai, was reporting ‘another successful outing’ against criminals, positing that farmers can now go to their farms unhindered by herdsmen attacks and banditry, when there was intensified attacks against Christian communities in the same Southern Kaduna.

“If the Service Chiefs are engaged to primarily protect all citizens of the country, then they have clearly

failed and must be replaced.

“The National Assembly, representatives of the People, amongst several other groups had also called for removal of the Service Chiefs.

The association said the ongoing crisis in Southern Kaduna in recent weeks with the attendant destruction of lives and property has clearly shown Nigeria as “a nation that is at war against enemies of the state”.

In a statement issued yesterday by the Special Assistant Media and Communications to CAN President, Pastor Adebayo Oladeji, the religious body regretted that despite assurances from both the federal and Kaduna State governments to nip the crisis in the bud, the spiralling of these assaults have indisputably shown that these demons of murders are yet to sheathe their swords against Southern Kaduna communities.

CAN said the government appeared not to be sincere in walking the talk.

“There is no doubt that the victims of these incessant assaults are indigenes of Kaduna State who are mostly Christians. Why is it the predominant Christian Southern Kaduna all the time? Don’t we have Northern Kaduna?

“While the senseless murder is not desirable in any part of the state or Nigeria, the continuous assault of the Southern Kaduna people has become highly suspicious and alarming,” it said.

CAN said that only a fool or somebody who is a party to this evil would not know that there is something fishy.

The statement said: “The leadership of CAN was flabbergasted when the presidency described the current bloodshed in Southern Kaduna as politically motivated coupled with banditry deployed along ethnic and religious lines. Where is the statistical evidence for that? Who are the politicians involved in this inhuman and callous act that the federal authorities have failed to apprehend or name?

“Do they have the right to be doing this scot-free if it is true? While the present bloodbaths in the southern part of Kaduna State has been shown to be acts of criminality that should have attracted sanctions, the lacklustre disposition of the government in stopping further massacre of Christians and decimation of their communities by terrorist herdsmen speaks volumes on how government values human lives and genuine intervention.

“Should the gunmen and terrorists be more powerful than a legitimate government? Why couldn’t the Kaduna State Government with Federal authorities go into the bush where these herdsmen are and apprehend them? Why couldn’t they mop up the ammunition with which they are doing havoc?” CAN queried. 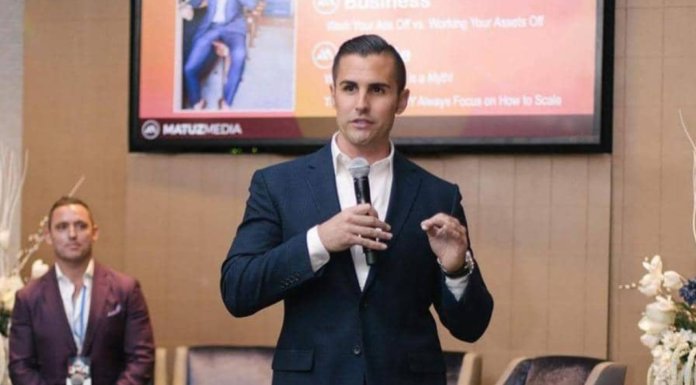