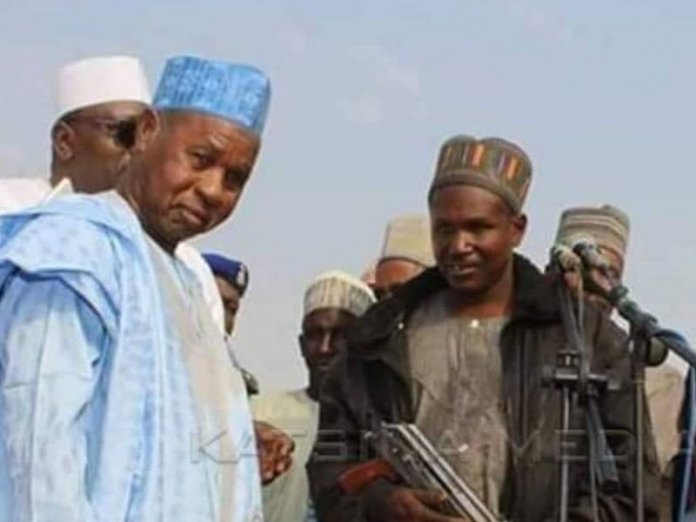 The throes of anguish that are enveloping residents of Katsina State, particularly those living in communities across the state in recent years are at a level that is nigh unimaginable.

The fear and hurt families go through over the loss of members that make up the more than 5000 reported deaths make the killings way more than a little violence.

The killings and kidnapping of innocent citizens, orchestrated by armed bandits have surpassed scary levels. Some communities in the state have that sombre, ghoulish look with their inhabitants unsure of their safety.

Despite military presence, the bandits have been launching fresh onslaughts on communities in the state with hundreds of citizens being abducted and released after payment of ransom by their relatives.

Farmers are afraid to go to their farms why many others had fled their ancestral homes to local governments’ headquarters, including Katsina, the state capital, for security.

The Fulani people, who are alleged to be armed bandits, had restrained themselves from attending some weekly markets, burial rites, marriages and naming ceremonies across the state for fear of being attacked or killed.

This development had forced the Fulani people to circumscribe themselves to the forest with their arms and ammunition, without having any interaction with the inhabitants of urban towns, where they used to engage in business and social activities.

Apart from the Fulani herders, even their women and children who used to hawk milk, developed phobia in having free interaction with the people in the urban areas for fear of Yan’sakai.

The nefarious activities of the hoodlums, no doubt led to the collapse of the social, economic and academic activities in frontline local government areas of the state, where the miscreants live.

Unfortunately, the rampaging banditry, which had engulfed numerous villages and communities in the state, has allegedly become a booming business for some politicians and security agencies in the state.

This stemmed from the confessions of some repentant bandits, who told Governor Aminu Bello Masari that some politicians, soldiers and policemen were part of the banditry and kidnapping ravaging the state in return for monetary gain.

The repentant bandits made the shocking revelation on September 4th, 2019 during a dialogue session with the governor at Gbagegi Primary School, Dankolo in Dandume Local Government Area. The session was aimed at averting banditry and other heinous crimes in the state.

While shocking the governor with the revelation, they warned that even though some of them had been apprehended, the bloodbath may not end unless the security operatives stopped their activities and extortion of money and cattle from them, the situation in the state would not change.

One of the bandits, Alhaji Idris Yayande, made it clear before the governor that large-scale extortion perpetrated by the security operatives had seriously undermined efforts of both federal and state governments to tackle the security challenges.

He said: “Some politicians, soldiers, policemen and other security agencies in the state are fueling banditry and kidnapping through large scale extortion in return for their support to us. We have lost the confidence in them. We prefer to work with the local vigilante”.
A leader of volunteers in the area, Mr. Lawal Tsoho, also accused soldiers, policemen, other security agencies and some politicians of working against the dialogue between the bandits and the state government, “because they are benefiting from banditry”.

According to him, “I have all evidence to prove my statement. For peace to reign, some of our members that were arrested in villages across the state and detained for years without committing any offence must be released for any meaningful dialogue”.

Apparently, the confessions by the repentant bandits is the rationale behind the prevailing banditry, kidnapping and cattle rustling that have refused to end despite government’s unflinching efforts.

Governor Masari, in an interactive session with state, ward and local government chairmen of APC, accused politicians, who want to contest the 2023 general election of sponsoring banditry.

“Today, politicians who are willing or intending to contest 2023 elections are sponsoring banditry, because the way the bandits mastered how to operate guns and how they specialise in ambushing soldiers, we should know that there is someone behind it.

“They are saying we dislodged PDP administration because of insecurity, so they want to make use of insecurity to also send APC away. That is why all APC should be vigilant.”

However, the evolving strategies put in placed by Governor Masari aimed at tackling bloodletting and the heinous activities of armed bandits and kidnappers cannot be overemphasised.

Desperate to restore peace in the state, the governor granted amnesty to bandits after a tour to the Fulani settlements and strong enclaves of the bandits in Rugu Forest on September 4 to 9, 2019, during which the famed bandits and their forest commanders denounced banditry.

Although agreements were reached between the State government and the bandits, these agreements included the release of their members, allegedly detained by security operatives; release of all kidnapped persons in their custody and to surrender their arms and ammunitions to security agencies.

While the agreements lasted, the bandits released over 250 captives in their custody while government in turn freed more than 50 bandits detained by security operatives in Katsina, Kano and Kaduna States.

The Masari peace initiative was adopted by the North-west Governors following a Peace Summit convened in Katsina by the Inspector General of Police, Mohammed Adamu, that facilitated discussions with representatives of the bandits from the affected States of Katsina, Kebbi, Niger, Sokoto, Kaduna and Zamfara States.

The governor, flanked by the Secretary of the State Security Council, also the Secretary to the State Government (SSG), Dr. Mustapha Inuwa, after the dialogue tour, held series of security meetings with security chiefs, repentant bandits and their leaders to ensure the sustainability of the peace accord.

Masari, thereafter, banned the activities of the Yan’sakai, whom were accused of extra judicial killings in the open markets and warned unrepentant bandits to stop their nefarious act of kidnapping and killing of innocent citizens

But the peace accord, according to Masari, lasted for only seven months, because banditry and kidnapping resurfaces between November and December 2019 in Dutsin-ma and other local government areas of the state.

Irked by the resurgence of the menace, the governor quickly summoned security chiefs, repentant bandits and their leaders to an emergency meeting at the Old Government House, where he issued a two-day ultimatum to the bandits to desist from their evil ways and release the remaining captives in their custody.

Masari, who was represented at the meeting by Dr. Mustapha, urged the unrepentant bandits to end the resurgence of banditry and other nefarious activities bedeviling the state or face unprecedented fire-power by the army and other security agencies in the state.

To further restore peace in the state, the governor had on January 15, 2020 signed into law, an executive order restricting movement of commercial motorcycles between 7pm to 6am everyday across the 34 local government areas of the state.

The restriction was to tackle the influx of armed bandits from the neighbouring states, which had adopted the use of motorcycles to unleash mayhems on communities across the state.