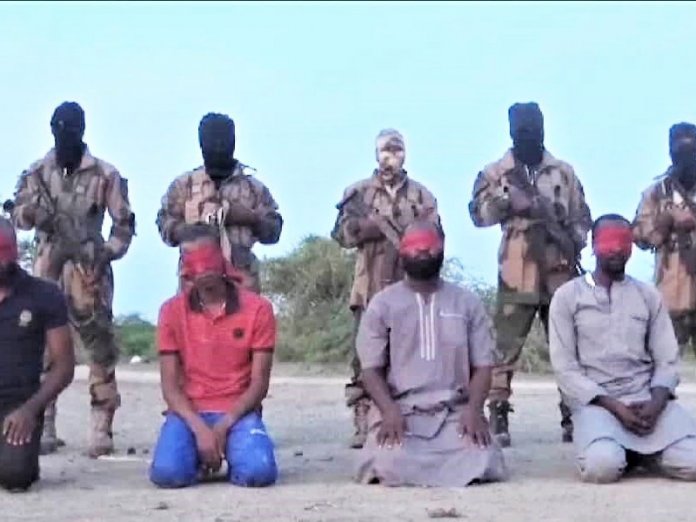 The European Union (EU), the United States government and Governor of Borno State, Prof. Babagana Zulum have condemned the recent killing of aid workers abducted in June along the Monguno-Maiduguri road in North-east Nigeria.

“The EU would like to express its condolences with the families, friends and colleagues of the five victims and our thoughts are with them,” the statement said.

According to the statement, the EU appealed for the adherence to international humanitarian law and the safeguard of human rights.

“Conflict is not an excuse to breach these rules and target humanitarian workers and civilians,” the statement said.

It said, “it is an extremely difficult time for the humanitarian community in Nigeria”.

It lamented that the informal vehicle checkpoints and ambushes along the main roads in Borno State have resulted in hundreds of civilians being abducted, wounded or killed since the beginning of the year.

“Insecurity in conflict-affected North-east Nigeria is severely impacting the civilian population and hindering the capacity to provide humanitarian assistance to people in need of urgent support.

“Humanitarian workers have one mission – that of saving lives. At a time when humanitarian needs are at their highest in North-east Nigeria, compounded by the coronavirus pandemic, relief workers continue to selflessly help the people in need for whom this aid is their only lifeline. Saving the lives of others should not cost lives.”

Also, the United States embassy in Nigeria has reacted to the execution of the aid workers.

“We are deeply saddened by the execution of five humanitarian workers by terrorists in North-east Nigeria. This comes against a backdrop of deteriorating conditions for millions of Nigerians,” it said.

“These brave individuals dedicated their lives to easing human suffering. We hope that their families and colleagues can take comfort in their selfless sacrifices on behalf of others. We will remember their dedication to others.”

On his part, Zulum has also expressed shock and sadness over the killing.

He described the aid workers as “heroes who were serving humanity “.

The governor, Gusau said, was informed of the execution on Wednesday evening, while visiting the Nigeria Security and Civil Defence Corps (NSCDC) Headquarters in Abuja to discuss introduction of civil-defence volunteer programme and the deployment of more agro rangers to secure farmers in Borno.

“The insurgents released a video which showed five blindfolded aid workers with four of them shot at close range, while one was spared even though he was also positioned for execution.

“The five aid workers were abducted weeks back during a humanitarian mission to support internally displaced persons (IDPs).

“Zulum is deeply pained and extremely worried by the gruesome execution of the aid workers who lost their lives while trying to save IDPs through humanitarian activities.

“The governor mourns these heroes and shares the grief of their families and employers: Borno Emergency Management Agency (SEMA), Action Against Hunger, Reach International, International Rescue Committee, and condoles with the United Nations Office for Coordination of Humanitarian Affairs, (UNOCHA)”, the statement said.

Gusau noted that Zulum has, in his absence, directed a government’s delegation to immediately visit families of the aid workers to participate in funeral activities and to pay condolence visits to affected humanitarian partners through UNOCHA.