Aviation industry stakeholders have posited that concession is the only choice government have to attract private funds for the development of the airports, writes Chinedu Eze.

It is becoming inexorably clear that the only option Nigeria has to develop its airports and deploy state of the art terminals, technology based facilitation utilities and synchronised security system is to attract external or local funding from investors.
These investors will be guided by government regulation and vision through public, private partnership (PPP) to conceptualise and grow airport infrastructure to meet international standards, as obtained in many other countries of the world.

The federal government has said variously that it cannot fund airport infrastructure development because other critical social amenities like healthcare, schools, road and rail transport should be given priority and the limited resources at the behest of government cannot enable it extend the huge funding needed for airport development.

Private Funding
So, the only choice government may have is to bring in the private sector to partner with it to develop the airport facilities, as it being done in many countries.

It is also expected that private sector operators would also prioritise effective management, human and physical capacity development and entrench performance culture – three foundational ingredients required to run modern infrastructure and deliver compelling experiences for travellers and indeed concessionaires operating within these facilities. Industry analysts said government could not deliver the modern experiences at the airports that stakeholders deserve and are willing to pay for. They noted that in terms of passenger, airline and concessionaire experiences – Nigeria’s international airports lag behind many other African airports.

Currently Nigerian airports are at different stages of underdevelopment with decayed infrastructure, unkempt toilet facilities, no transit facility for connecting passengers at international airports and besides the fact that new terminal have been added to Lagos, Abuja, Port Harcourt and Kano airports, they still don’t collectively improve the airports in terms of technology upgrade and check-in passenger facilities.

“Simply explained, an airport concession involves the transfer of the responsibility of management and development of the airport to a private operator, while the ultimate ownership remains with the government.
“According to the International Air Transport Association (IATA), there are predictions that developing countries including Nigeria will see a surge in air transport in the next 15 – 20 years.

“However, with this predicted growth in air transport, many of these countries including Nigeria do not have the facility to manage this traffic. This situation perfectly describes Nigeria. With the country’s situation of having limited resources to expand its airports, the best option in view is the concession of our airports as rightly raised by the Minister of Aviation, Sen. Hadi Sirika.”

With passenger traffic growing at that pace, “even though we have seen some setback due to the COVID-19, air transport will soon rebound and the expansion of our airports should be a focus area,” the operator stressed.

Furthermore, he cited a material published by the International Air Transport Association on Balanced Concession for Airports in 2018, to have pointed out what “we must consider to make our airports work.”

“Some of the areas that should be critically checked are as follows: selection of airport concessionaires, determinants of concession length, concession payments and charges, super-profit protection, consultation processes, capital planning and execution and continual improvement and airport service quality,” Bernard said.

Bernard who is also the Chairman Airline and Passenger Joint Committee (APJC) identified the benefits of concession to include the development of the airports to world-class standard, proper management and accountability, removal of government or political interference in the activities of the airport.

“It would also give room for technology and advancement, customer satisfaction and economic growth at the airport and the government can focus on other areas with its limited resources. But people do not understand what concession is all about.

“Concessioning does not mean transfer of ownership. The ownership of our airports still remains in the coffers of the government. The only thing that is being transferred is the responsibility of management of those airports.

“So let us conveniently separate it, ownership remains with the government, but the responsibility of the management of those airports is now in the hands of reputable technocrats that understand the industry very well. So when the concessioning is given to reputable hands then they will deliver better service to the travellers, better service in the industry, better service even to the regulators,” Bernard explained.

Making Airports Viable
On his part, the Director of Engineering, Ibom Air, Lookman Animaseun told THISDAY that Nigeria may not have any other choice if it wants to develop the airports than to concession the facilities, noting that it is the only key way airport infrastructure could be developed.

In terms of business, he said that with the present economic situation in Nigeria, it is obvious that government does not have funds to deploy for the development of airport infrastructure, so it would be good for government to concession the airports to organisations with corporate governance.

“So what government is to do is to ensure effective regulation and also give them targets with a clause that the concession would be withdrawn if the terms of agreement were not met.

“The airports will create jobs but it will need skilled manpower, but those who may currently be employed who are not skilled and who are not doing anything would lose their jobs. Many jobs will be created when the airports are developed,” Animaseun said.

Labour
The Ibom Air Director of Engineering said the aviation unions who are now pitted against the decision to concession the airports because of the fear that workers would lose their jobs should have broader perspective to the programme in order to protect their interests in a more effective way.

He recalled that in the defunct Nigeria Airways Limited (NAL) where he worked for many years and where he was active as a unionist, the mistake the unions made then was to narrow their interest in protecting their jobs and therefore stood against the privatisation of NAL.

“To me, this is not the time to go against concession, but to concern themselves with labour issues. They should be able to negotiate compensation the workers would leave with. They should negotiate their pension and inconvenience allowance, which must be paid them before thy leave. This is because our people will suffer if we don’t negotiate. If they continue to fight the decision of government to concession, it will not favour them in the long run,” Animaseun said.

Similarly, industry consultant and CEO of Aglow Aviation, Tayo Ojuri said concession is the only way to solve the infrastructural challenges facing Nigerian airports as government does not have business in managing airports; so what is key is the way forward and the transparency of the concession process.

Competitiveness and Transparency
Ojuri, however said the current efforts to concession the four major airports in the country need to have global competitiveness.
“So what is key is the way forward and transparency. The process has been wobbling from the beginning. The Transaction Adviser process lacks global competitiveness and this fact challenges the process. What is key is transparency but you don’t necessarily have to agree with all the stakeholders, but if the process is clear it will be a successful concession.

“Also the legal outstanding issues need to be tackled. What is being done? There was mistake in the past, what has been put in place to ensure that such mistake does not happen again. Collaboration is really key; what model is government looking at? Everything seems to be shrouded in secrecy and that is cause for worry, which has given rise to scepticism. We expect the process to be objective, we expect that there should be due diligence because this should be a long term plan to revamp the industry in terms of infrastructure,” Ojuri said.

Balanced Concession
The International Air Transport Association supports airport concession as long as it is balanced and does not heap huge charges on airlines, which are consequently passed to passengers, thus increasing airfares. So the global body believes in balanced concession.
IATA’s book on Airport Ownership and Regulation sets out key safeguards of public value in a concession project. These include a competitive and transparent transaction process, assessment of bids on balanced criteria, and ensuring the key terms of any concession contract underpin improvements in efficiency, quality of service, and appropriate investment in the airport for the benefit of airlines and consumers.

IATA said it is recognised that there is no, “one size fits all” solution, with individual airport requirements and markets varying significantly, and the optimal concession design needs to be developed with key stakeholders and potential private sector counterparties.

Nigeria has a good example of a concessioned airport terminal, which comparatively is doing better than the ones under the management of a government agency. What stakeholders want is that the process should be made transparent in line with international practices so that the pitfalls that dogged the last concession would not accompany subsequent ones that would be done. 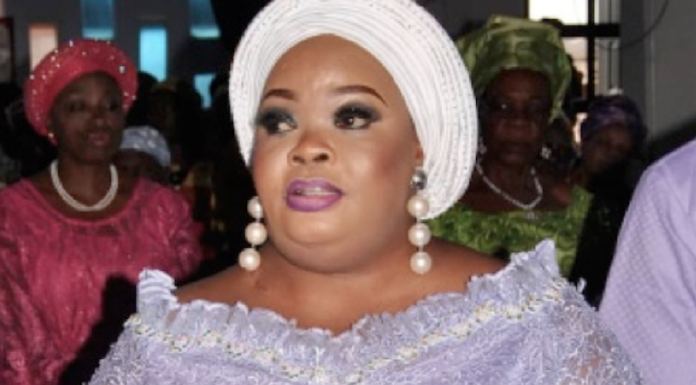