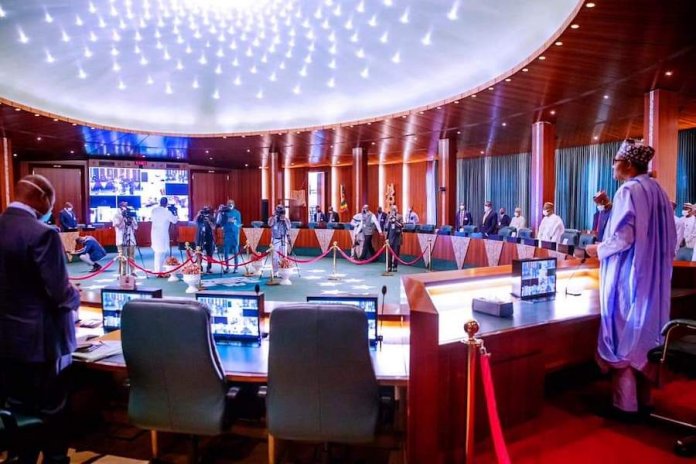 The Federal Executive Council (FEC) wednesay approved N75 billion for the establishment of Nigerian Youth Investment Fund, to be otherwise known as the Youth Bank.

Briefing reporters at the end of a virtual meeting of FEC, presided over by President Muhammadu Buhari at the State House, Abuja, the Minister of Youth and Sports, Mr. Sunday Dare, said the fund would be created to support enterprises, ideas and innovations evolved by 68 million Nigerian youths, aged between 18 and 35.

According to Dare, the ‘youth bank’ would serve as a platform for the youth who fall within this age group with enterprising and innovative ideas to draw credit facilities from 125 micro-credit banks across the country to fund such innovations.

The minister said details of the initiative would be disclosed later, adding that the council also approved all necessary steps to be taken to bring the initiative to fruition, including the necessary legal framework and method of financing.

He stated that the initiative would be run like the N-Power programme that is implemented with digital applications and would be available for any youth within the specified category irrespective of his ethnic background or social status.

The minister said the Federal Ministry of Finance, Budget and National Planning, the Central Bank of Nigeria (CBN), the Ministry of Youth and Sports Development and other relevant ministries, departments and agencies (MDAs) would work out the modalities for its funding.

He said: “For the first time in the history of Nigeria, the Federal Executive Council today approved the establishment of the Nigerian Youth Investment Fund (NYIF) to the tune of N75 billion. This fund is meant to create a special window for accessing credit facilities and financing on the part of our youths that will help to fund their ideas, innovations and also support their enterprise.

“The best way to call it is that for the first time, the country will have a youth bank. A fund that will cater specifically for our youths within the stipulated age band, which is going to be between 18 and 35 years.

“The second approval that we secured was for the Ministry of Youth and Sports Development to play a lead role in working on necessary steps that need to be taken in terms of legislation, organisation and other aspects of financing.

“The Federal Ministry of Finance, Budget and National Planning will take the lead when it comes to the aspect of financing, working with the CBN, the Ministry of Youth and Sports Development and other relevant MDAs. A couple of other details will be released later, but I think the most important thing is that the N75 billion Nigerian Youth Investment Fund, to cater specifically for this target group, a population of over 68 million, got the attention and support of the Federal Executive Council today and this fund will be assessed by our youth, once they are able to present their ideas.”

Also briefing reporters, the Minister of Finance, Budget and National Planning, Mrs. Zainab Ahmed, said the council also approved a memorandum she presented for the review of a contract earlier approved in 2018 for the supply and installation of mobile cargo scanners.

“These are large size cargo scanners that will be placed in Onne port, Port Harcourt Port and Tin Can Port. They are scanners that can actually drive containers through; that will facilitate inspection and… the need for the Nigeria Customs Service (NCS) to open containers and do the physical inspection as they are doing now that is causing us a lot of time as well as loss of revenue, will be checked,” she stated.

The minister added that the contract for the scanners was awarded to Messrs Airwave Limited at the rate of $18.12 million, an equivalent of N3. 255 billion, including five per cent VAT.

She explained that the review of the contract had become imperative in view of the necessity “to include VAT that was not included in the initial contract and also due to dispute that we had arising from exchange rate differential.”

Giving other functions of the scanners, Ahmed said they would aid effective revenue collection, screen for narcotics, weapons and undeclared items and detect arms and ammunition, legal importation and possession of arms and light weapons in Nigeria.

She also said the council approved another memorandum for the NCS, seeking the “design, construction and supply of five numbers of fast ballistic reverie assault boats and five numbers of patrol boats with all associated accessories in favour of Messrs CY West African Limited in the sum of N280, 992, 888,75 inclusive of 7.5 percent VAT.”