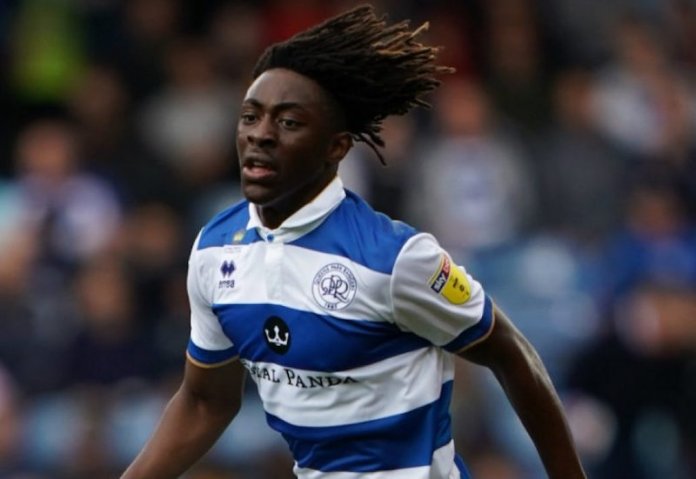 English Premier League team, West Ham, have come under increasing pressure from their fans to cough up the £20million asking price Queens Park Rangers (QPR) is asking for Nigerian midfielder, Ebere Eze, who is considered one of the most creative talents in England.

Ebere, 22, born of Nigerian parents in London, is eligible to feature for both Nigeria and England and of late both nations have been battling to secure his services.

England have already capped him at youth level, while the Nigerian Football Federation (NFF) President Amaju Pinnick, has held talks with the midfielder in a bid to get him to feature for the Super Eagles.

Considered the most creative player Nigeria has produced since Austin Jay Jay Okocha, Ebere currently plies his trade with London Championship side QPR. About to finish the season in mid table, QPR are not in the running for the play-off promotion places, so it is highly unlikely that Ebere will spend another season with the club.

According to ayoakinfe.com, several clubs are said to be eyeing Eze, with the likes of Tottenham Hotspurs, Crystal Palace and newly-promoted Leeds United said to have already enquired about him.

So far, however, West Ham are the only ones believed to have put in a firm bid, getting a response from QPR that they can have the midfielder for £20m.

This asking price was said to have put off West Ham but when news of this leaked, it sent their fans mad, with many of them taking to social media top condemn the stingy and miserly stance of the club’s management. Mist West Ham fans consider Ebere a bargain at £20m, especially when compared with the average players currently at the club who cost more than him.

On Saturday, West Ham manager David Moyes and his assistant Alan Irvine watched QPR’s game against Millwall as part of their interest in Ebere. In that game which QPR won 4-3, Ebere found the back of the net once, scoring his 13th goal of the season.

When the transfer window reopens, it is expected that there will be a large number of clubs enquiring about Ebere, who has established himself as one of the most exciting players outside the Premier League. His current deal is due to expire next year but QPR hold an option to extend it by 12 months, meaning Ebere is effectively under contract until 2022.