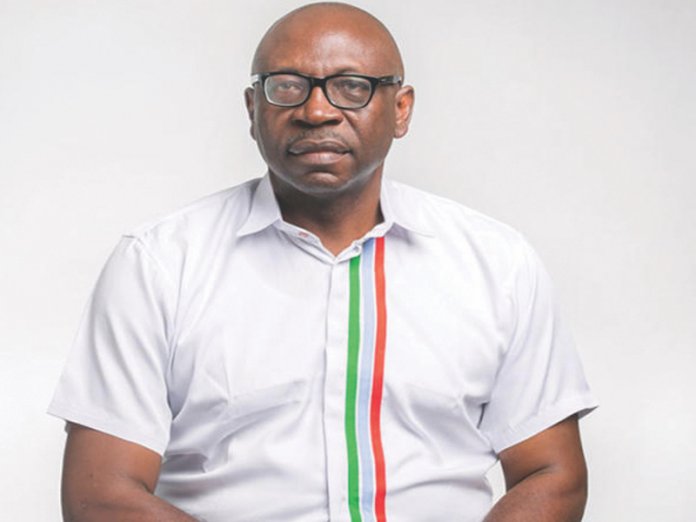 The candidate of the All Progressives Congress (APC) in the September 19 Edo State governorship election, Pastor Osagie Ize-Iyamu, has advised Governor Godwin Obaseki to stop campaigning, and instead focus on writing his handover notes, saying never again will Edo people elevate a man like Obaseki with all his irremediable flaws to the exalted office of Governor of Edo State.

In a statement by the Media Unit of Pastor Osagie Ize-Iyamu Campaign Council yesterday, the APC candidate accused his major opponent of bereft of any other fresh campaign lines, wondering why Obaseki has, through his ‘’overwhelmed media aide’’, Mr. Crusoe Osagie, continued to sing the tired lines that his disagreement with Adams Oshiomhole is because he refused to be a ‘’godson’’ to a godfather.

The statement stated, ‘’Unfortunately, Governor Obaseki never tells anyone when this realisation dawned on him. Is it when he went all out to support the election of Comrade Adams Oshiomhole as Chairman of the APC in the hotly contested National Convention of June 2018, which saw the emergence of Oshiomhole as APC National Chairman. Or when Oshiomhole refused to use the office to willy nilly impose Obaseki on the APC in Edo State as the candidate of the party in the 2020 governorship election without a contest?’’

Ize-Iyamu added that Obaseki is frustrated that against better judgments and common sense, he had to jump ship to be with strange bedfellows in the Peoples Democratic Party (PDP) after he was exposed as unfit to secure the nomination ticket of the APC once again, following the monumental revelations of discrepancies in his academic records.

‘’Governor Obaseki knows that the ticket of the APC which he so desperately desired would have guaranteed him an unearned return to Edo State Government House, Osadebey Drive come Nov. 12, 2020, but for his personal failures and his unforgivable hubris.

‘’For how can it be that a governor who claims to have served back in 1980 (40 years ago!) under the National Youth Service Scheme is only just now making futile effort to regularize his credentials, including his NYSC Certificate, after being exposed as unfit?

‘’Or how can one reconcile the strangeness in the fact that a governor cannot still tell us when he graduated from the school he claimed to have attended? One day, he says he graduated in 1976, another in 1979, and as today he totally fails to tell us which date’’, the statement added.

The statement also, “wondered how can anybody possibly not question the integrity of a governor who submits a degree certificate to INEC that’s undated and fundamentally different from the one he previously submitted in 2016 in violation of the electoral laws of the land”.