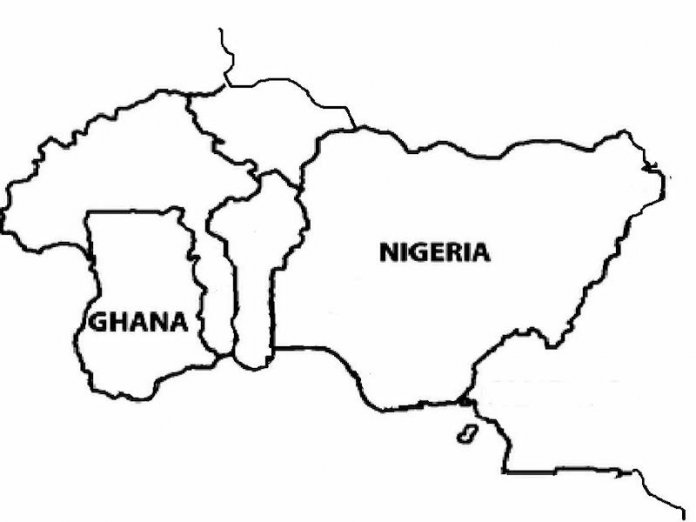 Both countries should strive to iron out contending issues

There has always been subtle rivalry between Nigeria and Ghana. But relations between the peoples were always cordial. The growing indication that things are no longer what they used to be between the two countries is quite disturbing. Right now, no fewer than 36 Nigerians are currently in Ghana, according to the Concerned Citizens Rights group that has petitioned the federal government on the development. To worsen the situation, a building housing the Nigerian High Commission in Accra was recently demolished in circumstances that could only be described as hostile.

But there is a pattern to the hostility. Last year, some 723 Nigerians were deported from Ghana on alleged illegal stay and prostitution. “Although, the GIS had linked prostitution and cybercrimes as some of the reasons for the deportation, it is improper to deport Nigerians for alleged illegal stay in Ghana. There are several Ghanaians living in Nigeria and the Nigeria Immigration Service has never deported any of them on ground of illegal stay, because of a sense of brotherliness between our countries,” the Nigerian High Commissioner to Ghana, Michael Abikoye said at the time.

What is particularly becoming clear is that the authorities in Ghana have shown neither the will nor capacity for dealing with this growing problem. Now that Nigerian residents in Ghana feel sufficiently threatened enough to put alert on their fears, the federal government must make it clear to the Ghanaian authorities that they bear responsibility for the lives of Nigerians in their country. It is also in their interest to protect our citizens from what has become hate mongering.

While we call on the authorities to liaise with Ghana to iron out contending issues, we also cannot discountenance the fact that some Nigerians are not good representatives of our country abroad. In the past decade or so, and up till this moment, some of our nationals abroad have become synonymous with all manner of crimes–ranging from internet scams, credit card fraud, forgeries of travel documents to drug trafficking. Although these crimes are committed by a handful, they are enough to damage the reputation of the entire country and other compatriots in such countries.

Therefore, it is important for the government to embark on enlightenment campaigns on the need for our nationals to know the dire implications of committing crimes abroad. Besides, the government should employ all diplomatic means to assist those who may have been wrongly convicted in some of these countries. Since the principle of reciprocity drives diplomacy, we must also insist that other countries treat our citizens the same way we treat theirs.

Notwithstanding the fact that President Nana Akufo-Ado has personally apologised to President Muhammadu Buhari over the attack on the embassy, that incident is a pointer to how much things have degenerated between the two countries. It also provides an entry point for the Ministry of Foreign Affairs to engage Ghana on Nigerians that are said to be illegally detained in their country with a view to securing their freedoms. And if they have committed any crimes, they should be charged to court.