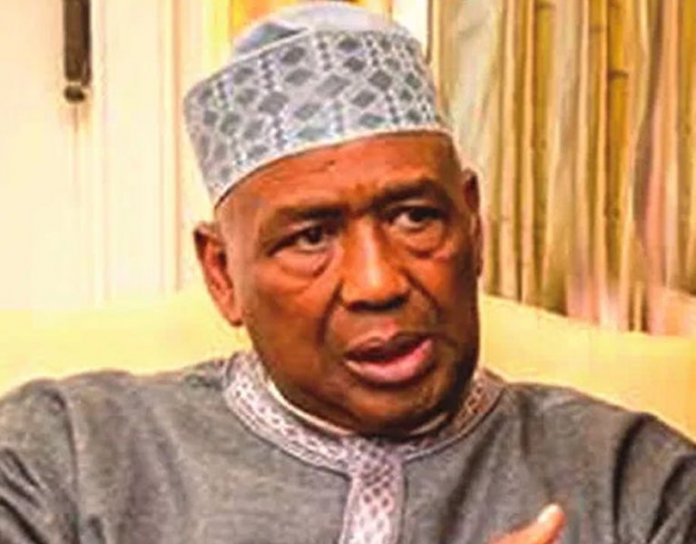 Reacting to Funtua’s demise via his twitter page, Atiku sent his condolence message to Funtua’s family, praying for the soul of the deceased to find eternal rest.

He said, “On behalf of my family, I convey my deepest condolences to the Funtua family over the loss of its patriarch, Ismaila lsa Funtua. May Allah forgive his sins and grant him Aljannah Firdaus. I pray for the needed comfort and strength for his family, friends and associates to bear the loss. Ameen.”

Saraki, who described Funtua as a valued associate of his late father in his tweet, condoled with President Buhari over Funtua’s death.

“I condole with His Excellency, President @MBuhari GCFR, on the death of Alhaji Ismaila Isa Funtua. As a valued associate of my late father, Alhaji Funtua always made himself available as a fountain of wisdom,” Saraki said.

Dogara in his condolence message via his twitter page, said Funtua was a distinguished elder statesman with numerous legacies.

“Malam Ismaila Isa Funtua was a distinguished elder statesman, media icon, construction magnate, industrialist and a patriot whose legacies are too numerous to list. My condolences to his family, friends, associates, the people and government of Katsina State. May his soul rest in peace,” Dogara said.

Also, a former Senator representing Bayelsa East, Ben Murray Bruce, who said he spoke with Funtua three hours before he died, expressed shock over his passing.

“I am saddened by the death of my brother and senior colleague, Mallam Isa Funtua. I spoke to him just three hours before his reported death, and he promised to further call me tomorrow. I pray that God comforts his family and loved ones, and may his soul rest in peace,” he tweeted.